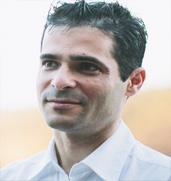 Talmon Marco is yet another of those computer science geniuses (whiz-kid he once was) & entrepreneurs-par-excellence that have made technology really worth-while for one and all: for those who employ it, for those who use it, and for those who invest in it. But there ends the similarity between the man with two patents to his name (and the company he co-founded and which he now leads), and the rest of them. Most of Talmon Marco’s contemporaries – be it Mark Zuckerberg (Facebook), Jan Koum (WhatsApp), Jeremy Stoppelman (Yelp), Kevin Systrom (Instagram), Ben Silbermann (Pinterest) and the like – have all had some funding or the other that helped their rise and prosperity (over and above the offering itself). Unlike them, atleast up till now, Viber Media, Inc, the company that offers the messaging and voice over IP services with the app, Viber, has had nil institutional funding from any external sources or venture capitalists. All the funding that was put in, has come by way of family and friends of the co-founders, Igor Magazinnik, Sani Maroli, Ofer Smocha and, of course, Talmon Marco.

Moreover, though all its founders are Israelis, it is headquartered out of Cyprus and a primary development office in Belarus. There could be many reasons behind this company with a difference but what stands out from all of this is the shrewd sense of business the founders have. For, what they could have easily got the stuff done in their homeland, is being done from somewhere else outside of it. There reasons are easy to see – primary one being the cost benefits that they get from having development centre in places like Belarus and India (The first development centre outside of Belarus).

All the efforts of the co-founders, especially those of Marco and Magazinnik, have brought them a windfall when the company was acquired by Japanese internet major, Rakuten, for a reported $900 million in March 2104. Rakuten chose to retain Marco as its CEO as it recognized him as the primary brain behind the development of the service as well as the chief driving force of the company. All the founders made and people (friends and family) who invested in Viber, are believed to have made more than 30 times the amounts they put. In fact, one of the families that seemingly had about 55.2% stake in Viber got around $550 million when the acquisition by Rakuten was completed. Quite a return that in a mere matter of four years!

Talmon Marco was born in Israel (1973) where he also spent his childhood. He completed his B.Sc. in Computer Science and Management from Tel Aviv University.

What sparked it off…

When Marco was barely 20 (around 1993), he joined the Israeli Defence Forces as the Chief Information Officer of the Central Command and served there for about four years. It can be easily presumed that it was the sheer genius of the man that was spotted by the proven and much talked about wing of the Israeli army. That he was talented and could see much beyond anyone else can was evident through that 4-year stint.

Again, it is in the defence forces that he met the future co-founder of Viber, Igor Magazinnik. Their friendship and partnership began their and flourished until they gave the world one of the best instant messaging and voice over IP services.

Firstly, in 1995, even as he was serving the defence forces as well as pursuing the bachelor’s degree, he co-founded Nortex Software which developed civil engineering software. A couple of years later, he co-founded Expand Networks - a technology company that helped pioneer the Wide Area Network (WAN) Optimization market and went on to become the world leader in Application Traffic Management. Marco served as its President upto 2004.

The following year, in 2005, he co-founded iMesh – the file-sharing service whose revenues are what really helped in the inception of Viber.

The foundation of Viber…

While Marco and Magazinnik, the military buddies, worked on making iMesh a success, which they did, they recognized the need for a messaging and voice application that could be centred around the mobile experience and the phone book as “social graph” or “contact list.

And thus, when profits started to flow from iMesh, they channelled those towards creating what they had been yearning to do for quite some time – create and offer the instant messaging and VoIP services.

Viber was founded in January 2010 and by November the same year they had released the iPhone version for Israel – it caught on day-by-day, climbing from double-digit numbers (users) to thousands in about 6 months. Encouraged by the reception, it was launched for iPhone globally (December 2) and in less than a month since, there were around 1.8 million Viber users globally. In the next 6 months it was the Android, Windows, and BlackBerry versions were released as well.

The app /service is today available in over 30 languages the world over supporting a host of platforms (operating systems) ranging from Windows, Mac OS, Android, BlackBerry OS, iOS, Series 40, Symbian, Bada, Windows Phone, Linux (Ubuntu, Fedora, openSUSE, Debian), and with a user-base that is reported to be upwards of 200 million users, one can only say it going to grow faster than most competing services – apart from everything else, its high quality service even in low-bandwidth areas.

We have seen that the man behind Viber is no ordinary person. To cement that view further he also has two patents to his name

Method and System for Accelerating Receipt of Data in a Client-To-Client Network (United States 7203741, Issued April 10, 2007)