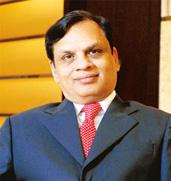 Venugopal Dhoot’s story so far has been one of more than staying afloat amidst myriad adversities. If anything, it has been a vastly different journey for Venugopal as he and his brothers together withstood a series of setbacks right since Videocon was formed in 1986. For example, the fact that the chairman of the Videocon Group inherited a family business to take care of, which would otherwise stand as an advantage, was not as much an advantage. As, by the time he took over from his father, Nandlal Dhoot, as chief of Videocon, things had turned over completely in the electronics arena in India and elsewhere in the world. So the inheritance of whatever you call it from his father wasn’t really much of an edge, as the group had to re-build all over again to find its feet. No one had foreseen things would turn out to be so vastly different with the turn of the millennium. Every effort put and every move made by the group was met with some hindrance or the other.

But one would have expected the Marwari business roots in him to have ruled his thinking and take shrewd and cautious steps. But, then it wouldn’t be Venugopal Dhoot – the ultra-shrewd yet sublimely enterprising businessman, if hadn’t done what he did when most others were playing safe during a spate of commercial setbacks and, the so-called economic downturns. This article should neither be taken as a tribute nor a feature of Venugopal Dhoot’s exploits but rather be treated as a source of inspiration for many of us who are, being humans, vulnerable to the laws and vagaries of time.

Education and introduction to family business

Born on September 30, 1951, into a typical Marwari business family, Dhoot did his Bachelor’s in Electrical Engineering from Pune University. His choice of engineering – unlike others scions of successful Marwari business families or for that matter, most Marwari’s, was the beginning of the different person Venugopal Dhoot would eventually shape into in later years.

His courage of conviction and the absolute faith he has in his own capabilities and of Karma (industry) that he seems to have imbibed from years of reading (and expounding even) the Bhagwadgita, have taught him, ever so inadvertently, to be seized of the situations, and act and work accordingly which means to also swim against the tide when required.

It was only logical that after his business successes, Dhoot was expected to fill his shoes someday when Dhoot senior would eventually make way for the younger heirs to take over and run the family business. As the eldest son, in a case so typical of many traditional business families, Dhoot was tasked with taking forward the fledgling electronics business that was built on the advent of the latest color television (at the time0 n India by his father.

Ever since Dhoot was being prepared, without ever so slightly being hinted of it, for ascension to lead the business, he was peppered with a series of snubs, if one may call them.

Ever since he took over as head of the group in 2005, it has been nothing short of a mine-field. But he has overcome each obstacle with the tenacity, shrewdness, and wisdom you would expect from a true-blue entrepreneur.

There are many instances where one would think Videocon and Venugopal Dhoot are pushed to wall really hard but each time both Dhoot and his company bounce back with more vigor and punch that before to deal with situations. In fact, he has mastered the art of converting adversities into opportunities – always getting the better of things when in a soup – like Videocon had landed with the Indian Airlines deal, with the investing in oil exploration, telecom license, and other such situation when lenders had joined forces to have Dhoot’s real estate assets sold for clearing of the debts. But, as things would have it, Dhoot handled everything with typical consummate ease – reportedly, he and Videocon enjoy the trust and, hence, the patronage of India’s largest bank, SBI.

And thus it was that when most people had written them off, both Videocon and Venugopal Dhoot, with unflinching support and encouragement of his two brothers, managed to sail through, even make good, of the some of the toughest times in recent economic history of the world that did not spare the best of them.

Today, Videocon, valued at around $3 billion, has stakes in the multi-industry and across geographies. Dhoot wants to put in every effort to shed the electronics halo that is associated with it and make oil exploration and energy business as the main revenue generation source and game changer for the group – point in case being Dhoot’s windfall with the hydrocarbon finds—by his own assessment, the assets are valued at Rs 1.5 lakh crore (of which the Mozambique block has been sold)—has the potential to transform Videocon in the coming decade. And there’s more encouragement for people interested in Videocon - large discoveries were made in Videocon’s blocks in Brazil. The most significant and recent of these, in the SEAL-11 exploration blocks off Brazil’s northeast state of Sergipe, is estimated to hold a billion barrels of oil.

His success has not only caught observer’s attention but it has also made Cairn Energy chief Gammell to commend Venugopal Dhoot and show interest in aligning together for business pursuits.

Being an avid cricket fan it was obvious that when time and things permit, Dhoot would do everything he can for his favorite sport. So, he did by launching a cricket academy in Kolkata by joining hand with one of the most successful cricketers and captains of India, Saurav Ganguly.

Not only that, Dhoot is also an accomplished flautist besides his other hidden talents such as reciting shlokas and expounding on the Bhagavad Gita.

He is married to Rama Dhoot and has two children, Anirudh and Surbhi.