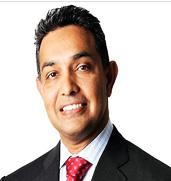 Looks like the era of leading global companies being headed by Indians has been heralded: Indira Nooyi (PepsiCo), Satya Nadella (Microsoft), George Kurian (NetApp), Rajat Gupta (Ex-MD, McKinsey & Company), Sundar Pichai (Google), Shantanu Narayan (Adobe), Vikram Pandit (Ex-CEO, Citigroup), Francisco D’Souza (Cognizant), Dinesh Paliwal (Harman International), and Surya Mohapatra (Quest Diagnostics), etc., bear testimony to the fact that Indians, as indeed India, are rising globally, and how! If you are wondering why the man who was COO of Qualcomm, lead Motorola Mobility, and is now the CEO of semiconductor major, Global Foundries, the man who was the beneficiary of the so-called ‘Golden Parachute’ – Sanjay Jha has not been mentioned, it’s because while the others were mentioned as part of the list, we are going to take a closer look at the life and works of this amazing talent.

Not many outside the country know the fact that the unseemingly state of eastern India, Bihar, has produced a lot more intellectuals, bureaucrats, and leaders for the country than perhaps any other state has. It is from this very state; Jha was born in 1963 in the city of Bhagalpur – which has some notoriety attached to it.

During his academic years, Jha seemed to have far and wide – from Asia to Europe, before finally moving to the land of dreams – America.

His initial job was as lead design engineering with GEC Hirst Research Centre in London. Then he left for the far west to San Diego (U.S.) to work in a similar role with Brooktree Corporation.

Jha moved to the big league when he joined telecom major, Qualcomm, in 1994 as a senior engineer with the very large-scale integration (VLSI) group that was working on the ‘Global Star’ satellite phone. Then he took a similar assignment for MSM 2200 chipset of Qualcomm for which it had developed the first 13k vocoder application-specific integrated circuit.

Then, in about 1997, Jha was elevated to the position of vice president of engineering – where he was entrusted with overseeing the integrated circuit engineering group - the same team and projects he had been working since he joined. He used his opportunity to both prove his mettle as well as have a shot at leadership roles, subsequently – which he was ordained to be.

Thus, in the fourteen years he was at Qualcomm, he would go on to pioneer a spate of initiatives that would stand out as marquee offerings of the company. Beginning with the VLSI, he led and oversaw the development of five generations of modem and cell site chipsets, digital baseband and RF (radio frequency), and system software. The following year i.e. in 1998, he was promoted to Senior Vice President of Engineering and, four years later, in 2002, as Senior Vice President and General Manager, Jha led the formation of Qualcomm Technologies & and managed both the technology investment portfolio and the new technology group.

These initiatives saw him getting delegated with greater responsibilities as he was elevated to Executive Vice President of Qualcomm CDMA Technologies in 2003, and then becoming its Chief Operations Officer (COO) in 2006 and overseeing corporate research and development and as well as Qualcomm Flarion Technologies (QFT).

The next step was his move to Motorola as its co-CEO which came in 2008. This was the period when the mobile maker was struggling to hold its position amidst increased competition and the advent of newer technologies heralded by others – 2G, 3G, color, camera, QWERTY keyboard, and touch. Its share of the U.S. mobile phone market had plummeted to 7% from a superb 64%. So, Jha had his task – he knew perhaps that he had very little time to deliver some clinching products before the company runs compete out of market steam.

It here that Jha experience what it is like to revive and company on the decline, where employee morale wasn’t really encouraging, and the

His shrewd of a lot of internal affairs – his painstaking efforts in building trust and support of demoralized lot, and topping it up with severing ties with Microsoft that had failed deliver a key mobile Windows release and switching to Android – worked as a master-stroke. This move as believed to be one of ‘the’ revival stories as the phone ‘The Motorola Droid’ sold faster than Steve jobs’ masterpiece – the original iPhone, thus saving Motorola from extinction, and its biggest customer Verizon - which would have taken a beating in the face of AT&Ts exclusive iPhone deal.

This revival created great goodwill for both Motorola Mobility and Jha, prompting Google to acquire the company’s mobile phone business in 2011 for a reported $12.5 billion – roughly the market value of all of Motorola in 2008 when Jha took over.

So, when Google completed the acquisition Motorola’s mobile phone business, it was felt that Jha’s services would no more be required. He was offered the ‘Golden Parachute’ package as part of which got a severance package, stocks options and the like – summing to a total of about $66 million.

The board of Foundries chose Jha as it CEO in early 2014. The decision was a no-brainer – so to say, as Jha’s extensive and varied technology experiences and his successful track record tracing back to his decade and a half at Qualcomm, and his master-stroke at his last company (Motorola) - both, in engineering and leadership roles, stood out and made it easy for the board to make the decision.

It been only a year since he is at the helm for Global but he has a series of initiatives planned for the semiconductor major, facing competition from the Taiwan Semiconductor Manufacturing Company. As per Jha, establishing a reputation for execution, grabbing market share and improving financial performance would lead Global Foundries to where it can consider strategic options. Given Jha’s successful track record, one can bet he will deliver this time round as well. Good luck Sanjay Jha.