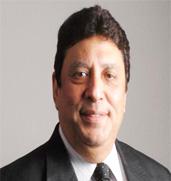 If one’s company associations and other affiliations, and the awards and recognitions one has won are testimony to one’s success and the impact one can have on a society and its bearings, then Keki Minoo Mistry, the Vice Chairman and CEO of HDFC Ltd., will beat just about anybody to it.

The financial expert, as I’d like to refer to him as, and not the chartered accountant as he was trained to be, in his three more than three decades long career at HDFC, has not only won awards – easily more than ten of them, and his services on the boards of a multitude of both the famous and lesser known companies, but has also steered the company in the great direction and continued growth path that it is under the company chairman, the visionary Deepak Parekh (also a chartered accountant by academic credentials).

Overseeing the day-to-day activities as its CEO and devising the growth and sustainability strategies in an increasingly competitive market have been the key contributions of Keki Mistry for HDFC. It is from stalwarts such as these (Parekh and Mistry) that the company draws strength and is on the path of sustained growth.

Mistry was born on 07 November, 1954 in the port city of Mumbai, India. He did his schooling from the Campion School there and went to earn a bachelors degree in commerce from Mumbai University. He topped it up as a Chartered Accountant from Institute of Chartered Accountants of India.

After graduating in 1975, Mistry joined AF Ferguson & Co, a renowned Chartered Accountancy Firm, to hone his financial and accounting skills further and to get a greater hold of things in his life. This was followed by a short stint at Hindustan Unilever Ltd., (Hindustan Lever Ltd., back then), and by yet another short one as accounts officer at the India Hotels Company Limited – one of the Tata Group flag-ship companies, under which the Taj Hotels function.

The beginning at HDFC

The six-year period was a fruitful lot for the enterprising financial expert as they provided him with first hand exposure to the then up and coming world of finance in independent India. These experiences were to hold him in good stead when he would join and, subsequently, be elevated as the head of the premier financial institution of the country. He joined the Housing Development and Finance Corporation (HDFC) Limited, in 1981 as an Assistant Manager in the finance team. The difficult decision to join HDFC, the then fledgling company, ignoring an offer from a global giant like Citibank, was made easy by the fact that he wanted to stay with his mother.

Working up the ladder

When he joined HDFC, the wizard, as Mistry was to prove in later years even in leadership roles, realized that here was an opportunity to, as they say, grow as the companies grows. Accordingly, he almost always put his best foot forward as sensed the need for an emerging country that was trying to break the shackles of colonial rule and get well and truly on the course of development, for housing finance. If the country was to inch towards the aspirations of a growth nation, then its housing had to be one of the fundamental areas of development. Thus, it was that as HDFC started spread its wings, Mistry fortunes and hard-work – of all the things, started to pay off.

The growth trajectory of Keki Mistry at HDFC resembles the trace of a high-speed unmanned rocket – just up, up, and upwards.

Here is how he grew in a company that has become synonymous, in some way, with whatever little development the country has seen in the last three decades or so.

He was inducted into the HDFC Board of Directors, an Executive Director, in the year 1993.

Made Deputy Managing Director in 1999.

Elevated to the post of Managing Director of the company in November 2000.

Appointed as CFO in 2005 – or thereabouts

And finally, was made the Vice Chairman & CEO in January 2010.

He is one of the very few CFOs of a huge conglomerate such as HDFC, to have won the BEST CFO award multiple times – proving each time why he is the best in business and, precisely why HDFC is where it is today.

While most people may talk about the senior stalwart, no one can miss the fact that Mistry was Instrumental in setting up HDFC group companies, including HDFC Bank, and helped the company beat the economic downturn that threatened to eat away countries altogether.

Keki Mistry is married to Arnaaz, and the couple have daughter Tinaz. The family lives in Mumbai (India).