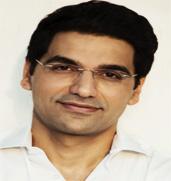 “There is competition, and there are new customers to reach and connect…..

Quikr acts as an intermediate to connect buyers& sellers of any given productto “Meet Online, Transact Offline”. The company received an investment of Rs. 550 Crores from a group led by Swedish investment firm-Investment AB Kinnevik. The portal as of today holds more than 4.2 million listings and also has generated over 150 million replies.

Pranay was born in a small town of Rajasthan. His father was a small time government officer working in mines as a General Manager and his mother was a homemaker.Most of his early childhood days were spent in the mining towns of Dariba, Zawar and Maton in Rajasthan.

Soon after graduating from IIM-Calcutta, Pranay joined Procter & Gamble as Brand Management Executive. But this stint did not last long and quit in 1997.

In the same year, Pranay started working for Mitchell Madison Group as Management Consultant/ Engagement Manager. He was responsible for providing advisory services to his clients in Financial and Media Industries.Worked for almost 3 years, after which in 2000, looking at the Dot Com boom, he started his first venture called – Reference Check. Reference Check was an online medium between service providers (e.g.: plumbers, electrician, etc.) and consumers. The company eventually got merged with another bigger incubator called Walker Digital.

He worked with Walker for a brief period to build and stabilize the company, before he joined PricewaterhouseCoopers (Associate Partner) and then Booz Allen Hamilton (Principal) in 2002 & 2005, respectively.His roles at both the companies were of advising or consulting their clients from industries like Investment Banking, Media, etc.

The Turning Point of Life

Pranay started a company called – Excellere in 2007. Excellere was all about developing web-based educational products.In 2008, he founded Kijiji India, which was later rebranded as Quikr. Quikr soon raised over US $150 Million in funding from private equity and investment firms like Warburg Pincus, Omidyar Network, Matrix Partners, Norwest Venture Partners and Investment AB Kinnevik, and shareholders like eBay

In the initial phase, Quikr acted as a subsidiary of eBay and Kijiji was Swahili word which meant ‘community’. Soon after the launch of the brand the company realized that, the name was very difficult to pronounce and wasn’t adding to the brand too.Hence, collectively the team decided to create a new subsidiary, headed by Pranay Chulet & Jiby Thomas, and officially renamed it to Quikr. However, Jiby decided to quit Quikr in 2012 and started his own digital marketing venture called Webbutterjam.

Chulet, who has worked in a number of large global firms including Procter and Gamble, PricewaterhouseCoopers and Booz , Allen Hamilton, before settling down with Quikr, believes he still has a long way left to go.

The company makes money from three verticals - premium listings, lead generation & advertising and spends largely on marketing efforts and improving its data analytics and algorithms. It is a model that has grabbed the attention of risk capital investors. Since inception, the company has raised more than US $340 Million from a clutch of investors including Warburg Pincus, Nokia Growth Partners and Norwest Venture Partners. The company today is valued at close to USD 1 Billion.

The portal is segregated very strategically, depending on the target audience. The portal has a very simple yet innovative technique to track their P2P (People-2-People) sales. To add to that, Pranay has made sure to spend most of their funds into marketing.

In few years, not only did the company grow, but also got transformed into a generic brand in terms of classifieds. Quikr crossed a lot of milestones, like reaching from 1 to 4 million, then to 10 million and has now finally reached to point where it has a monthly user base of more than 22 million spread across 65 Indian cities, and had also become India’s largest horizontal classifieds company.

In 2012, first ever television campaign was launched and the company tied up with big brands like Nokia where Quikr apps would be available for users.In the last 3-4 years, not only had their traffic doubled, but they had tripled their consumer engagement and had also grown five times in terms of revenues – which now was touching somewhere around Rs. 200 Crores.

With an increase in position, Quikr was largely spending on marketing efforts and improving its data analytics and algorithms as well.Quikr also started one-of-its-kind – ‘Missed Called Center’. To get to Quikr, all a customer had to do was, give a missed call to Quikr, and someone would call them back. That way, the company was also able to reach out to a larger section of mobile users who, so far were hesitant to spend money and make a call.And lastly, they also had another great instant messaging (IM) feature named Quikr Nxt – which enabled the users to chat with multiple users and share images.

Quikr is going to launch a new classifieds website for real estate called Quikrhomes.com. This would allow B2C (Business 2 Customer) as well as C2C (Customer 2 Customer) discovery of properties. At the moment, Quikr has over 2 million listings in real estate, one-third out of which are for apartment rentals. Company would also be launching new micro-sites under separate domain names like QuikrHomes, QuikrAuto, etc, to simply business for its users.

Pranay recently got married to Tina Chulet, who is the Founder of Waltzz – a mobile dating app. Together they live in their apartment in Bandra, Mumbai.