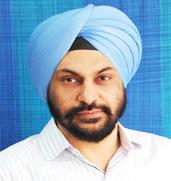 Can you imagine what would happen to an organization whose premise of running a business stemmed from the fact that not many people believed in such a thing? I for one would say that’s not only paradox but so presumptuous a business idea that is most likely to boomerang.

But, if you look at the Amarjit Singh Batra lead OLX, you may just want to think few times before you jump to the conclusion (as I did here). However, Amarjit and his novel business plan (If it can be called one, as it hasn’t really begun monetizing from this champ in India) have certainly made it possible for all and sundry to unlock value from their condemned and obsolete stuff (Junk, in other words). Therefore, it must be very gratifying for Amarjit Singh to see that his vision has not only been widely embraced but taken to new levels - what with many competitors eyeing for a chunk of the market space which was literally created from scratch by OLX.

Amarjit Singh created a market out of nothing and changed the online free classified concept from being a predominantly business-to-consumer model to a more accessible to all, consumer-to-consumer model.

For all we know, the man’s stint at eBay India where he headed the New Business and Global Trade function and was a member of the India Management. The company, the role he assumed and made most of it for himself as well as the company seemed to have played a huge role in shaping the idea that was to grow and prosper as OLX.

Working at the online retail giant allowed him with both - the opportunity to get hands-on with the full e-commerce life- along with its nitty-gritty; while on the other hand, it sparked in him a desire to assess the need for a posting portal in India.

Cashing in on the latent need of people for buying and selling, OLX introduced to the country what had been never even heard of – selling to and buying from unknown people. And that too, pretty unconventional stuff – in terms of goods: things that didn’t mean much to the owner or one had found a better replacement or almost anything that was just about becoming obsolete – primarily because the owner didn’t use it anymore.

But then, as it is with any new or pioneering concept, especially online and particularly in a country like India, one had to do a lot of hard-work. And the biggest chunk of it was reserved for creating awareness among people who had never involved in e-commerce of any kind. The country was slowly tempered into believing the concept through a spate of campaigns with simple, catchy, and easy to remember phrases that a commoner could connect with. The vision was great – creating value out of the immense amount of junk that was so obviously lying in the store-rooms, back-rooms, back-yards, and god knows where, in a country with one billion plus population.

So, for Amarjit Singh, it was clear as to where he was headed – but for somebody observing all would have been a nightmare. This was madness – putting all your energies in making people know that they can and should sell and buy old stuff from just about anyone in the country, and at what benefit to the facilitator – yes OLX was the facilitator of deals (so to say) for commoners on this online . Batra willed and dared to be different and forced people to sit up and take notice through OLX.

So, it was clear that OLX and its ilk need to create the awareness and mass awareness, to be precise. And what did Batra do – he targeted the section of the people that was just on the verge of adopting a life with some utility for computers. For these on the periphery of using computers, Batra and team, now that they had established the system and the required infrastructure to make it a reality, mesmerized with a series of jingles and smart ads that were laced with absolutely phrases to strike an instant chord with the target audience. It is almost methodical madness when you notice that OLC has always looked to reach out to even those customers who don’t use the internet.

It took OLX a while to make people understand that the crux of its existence was to help people – commoners- trade with each other. Online , ads, physical hoardings, television commercials, and everything mention of OLX concentrated on catching the attention and acquiring the mind-share of people – not customers. Mind you nobody is a customer just yet. We now know why Amarjit Singh says “OLX has become a verb for 'Selling' with 'OLX Pe Bech De', ' OLX Kar Do' and 'OLX it' being frequently used by Indians in their daily lingo.”

Further, to complement it pitch process, OLX often works with smaller agencies for smaller projects; thus achieving a greater spread in terms of the communication with customers.

That strangers are reaching out to each other and undertaking simple and personalized business transactions – that of selling or buying old or forgotten items, which they would have otherwise not cared for even, is a testimony to the brilliant persona that has packed in it, the vision, versatility, virtuosity and vigor of truly enterprising people. Hats-off to Amarjit Singh Batra and the whole bunch for making everybody treasure even their discarded items so much!