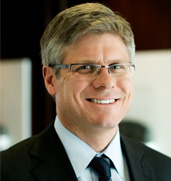 Make mistakes by taking action, not by thinking about something or being timid...

It’s just a year since he assumed responsibility as the CEO of Qaulcomm and, therefore, perhaps too early to say how definitive an impact his elevation to the top post has had on the company. But, the most definitive impact that Mellenkopf had on the company, and as indeed on the industry as a whole, has been from his several initiatives through the course of his 20-year journey at Qualcomm – that have lead to its growth – from being virtually an unknown commodity to the position of a global technology leader today.

The man just seems to wield a magic wand – as everything he touched (literally) became gold – be it CDMA, W-CDMA, LTE, 3GPP, 4G or so on – the list is enormous. The point is here is a leader who has taken risks all his life – and has emerged victorious always. Right since his childhood days where he played with children older than him – never once being over-awed, to making the choice of a electrical engineering which was one of the hardest courses to get into, to assuming leadership roles very early into his professional life – he has done all of that with consummate ease.

This multiple patent-holder’s life and journey as a professional is as enterprising and as inspiring as it can get. Read on.

His parents were both teachers, so he had the solid grounding from where one could explore the possibilities of life in a proper manner, and channel one’s energies to serve the right areas of it. His father was also the assistant principal of the school where he taught, and was responsible for the discipline there – which meant that young Steve would not waver in anything, be it studies, sports, or life in general.

As could be expected, the young kid grew to be an electrical engineer - something he chose to do because it was one of the hardest courses to get into, which he did from the Virginia Polytechnic Institute and State University. He followed it up with a Master’s from the University of Michigan at Ann Arbor.

So, the foundations of a brilliant career were well and truly laid.

Mellenkopf drew inspiration from both his parents but his father seems to have had perhaps the most impact on the future engineer and technology leader. Being the coach of the sports team including basketball, Steve’s father would critique him. In one such incident, he kind of gently reprimanded one day on their way back home on how he had played. This short, return trip from the basket-ball court to his home, proved to be one of the turning points of his life. Per Mellenkopf, his father said, “You should make mistakes by throwing the ball away, not by holding the ball.”

Which Steve describes as "Make mistakes by taking action, not by thinking about something or being timid.”

He has followed this philosophy all along his career, encouraging himself to take risks, with the thought somewhere in his mind that if he made a mistake trying to do something, he could fix it later. This very attitude catapulted him as well as the only company he has worked for all his life, Qualcomm, to the top.

When he completed his Master’s, he was looking for the right kind of job and company which would allow him to put to use his basic principal in life – of taking risks to do new things – his brother sent him a newspaper ad clipping about the then unknown company, Qualcomm.

He wasted no time and joined Qualcomm in 1994 as an engineer where, for the next five years, he would work hard to contribute greatly to the GlobalStar project.

Then, in 1999, he joined the Qualcomm CDMA Technology (QCT) team where was entrusted with managerial responsibilities. Not knowing what to do, he took on the challenge head-on and succeeded in overcoming and excelling at it – and making it one of the defining aspects in the history of mobile technology.

His primary focus back then, as well as even today, is to bring in quality people to work with – those sharing the company goals, clear vision one’s own future, fitting into its eco-system like fish-in-water, and in general having high integrity – some of the traits which, over time, have made him one of the stalwarts at Qualcomm.

With the upgrades in the developed & developing worlds for smart-phones, mobility has become the way to go for businesses. But much before all this happened, Mellenkopf had led Qualcomm in bringing forth a spate of industry-defining technologies that were to change a lot of things for the world. From accessing & consuming information to buying stuff, comparing, promoting, recommending, critiquing, and so on –on the go (on mobile): all of which had to come at a relatively economic cost to the customer. Qualcomm delivered on all those counts – courtesy one spirited and visionary leader in the making i.e. Mellenkopf.

During his 20 years at Qualcomm – which is to say all of his professional life so far, Mellenkopf continued to grow and prosper. After his initial stints as manager – which were no less by any means because he was doing things that others hadn’t even contemplated – and that too, at a company which was still in its infancy, so to say, Qaulcomm paved the way for the rise of a new kind of leader – tech-biz leader Mellenkopf: technically brilliant as well as business smart.

Although, small and unknown, it gave Mellenkopf ample opportunity to perform to his best, assume greater responsibilities, and derive the most out of his team – in whichever department he took charge of. By middle of the first decade of the new millennium, it was obvious to all that Mellenkopf was ready for senior posts.

Then, he rose to the Global President Qualcomm CDMA Technologies in September 2010 and also served the Executive Vice-President from May 2008 - in which post he would serve until November 2011.

Making best use of these roles and positions, Mellenkopf was instrumental in the development & growth of the CMDA, W-CDMA, 3GPP (air interfaces), LTE/4G technologies in the process, making Qualcomm the world’s largest chipset maker that propagated & support these technologies, helping it rise to dominate the mobile industry.

He was one of the top men reportedly sought much after by Microsoft to replace the outgoing Steve Ballmer. But, that move was thwarted – ever so inadvertently, by Qaulcomm by elevating him to the CEO post in March 2014,

Under his leadership so far, like his earlier roles, the company has been bringing out next-generation products designed to change health care, automobile, & mobile industries at a global level. The man who believes in 100% effort, whole-hearted approach and shuns fear of making mistakes, has encouraged and brought on people who are not only willing to take work like he did as a young bloke but also carry forward the philosophy in an ever-changing global business scenario. He emphasizes that a great team makes a great company and that’s what he has tried to make at Qualcomm over the years, and continues to do even today.

There may yet be so many things for him to do and prove as the Qualcomm boss – we are sure he will continue to lead the way for creating newer and smarter things for the world.

The technocrat and genius that Mellenkopf is, he wasn’t content with doing great things at Qualcomm. He used all of his education, experiences drawn from his 2-decade long association with the company, and witnessing few ups & downs in the industry to invent new products / technologies in the subject which he had taken a liking to as a youngster and the dream which he had realized – for him and for many others. So, it’s no wonder then that he is a published IEEE author and holds as many as seven patents in areas such as power estimation and measurement, multi-standard transmitters, and wireless communication transceiver technology.