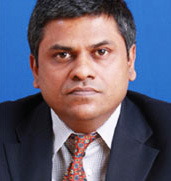 We strive to deliver the value proposition of 'happy furniture to you' by providing great quality furniture and home products, extending superior service to help Indians build beautiful homes...

The last decade and a half has seen a segment of Indians called the ‘millennials’ gain access to numerous new forms of media across various modes that have exposed them to newer styles, fashions and trends, in vogue elsewhere in the developed world. These were future-confident young Indians who would go on to form a great portion of the so-called ‘early-adopters’. This segment of the Indian populace presented a window of opportunity for Ambareesh Murthy. He realised that the soon-to-be with potentially more disposable incomes would look to consume various products and services. The advent of information technology going big in the last decade or so also changed the way people viewed technology and interacted with it.

For someone coming from an FMCG background and having worked with one of the pioneers and biggest eCommerce companies, the writing was clearly on the wall: The ‘millennials’ scenario augured very well for eCommerce in India.

Ambareesh Murthy wasted no time in making good of his rich and successful eCommerce experience at eBay and, with no really large online players in India presenting great scope for eCommerce in India, which was only going to grow with time.

He made good and how: today PepperFry.com services to customers from 2700 cities across India and abroad (yes!), covering a whopping 80000 furniture and home items!!

After working for some years with world’s leading apparel brand, Levi’s, the entrepreneur in Ambareesh Murthy started to express himself. So, in the year 2003 or thereabouts, he started a financial advisory firm called “Origin Resources.” The firm did consulting assignments and offered financial training, and was run for about 2-3 years.

Then came the break at the leading online retail giant, eBay. He served eBay for about 3 years in various senior executives positions – which presented him with a great opportunity to get well acquainted with the nitty-gritty’s of retail eCommerce.

Then, around 2008 – 09, Ambareesh Murthy got the really big break where he could test all of his retail, FMCG and eCommerce knowledge and experience to the fullest. He was elevated to the post of County Manager (a la CEO) of eBay India, entrusted with overseeing the India operations as well as expanding eBay’s presence in what has now turned out to be one of the world’s leading emerging economies with a very good chunk of its population possessing a great deal of disposable income.

The idea that blossomed as PepperFry.com

Ambareesh Murthy was at the helm of eBay India for three years of so during which the so-called Indian waters were well and truly tested by the Murthy. In his role as the India head of eBay further allowed him get a closer look at the Indian consumer.

He was driven by a few interesting aspects about one particular demographic section of Indians – the millennials. He observed that with the advent of a global marketplace, aided in great part by the impact of the ever-increasing and ever-evolving phenomenon called information technology, the millennials had caught on with their western counterparts and had taken to all the latest , trends, styles, and fashions like a duck-to-water.

They appeared to be at a stage where they appeared to be ready to adopt a more modern technology-enabled lifestyle. Their age also augured well for they would in the near future going to be the house-holders which would make them as the early adopters of the hereto nascent eCommerce segment in the country.

Thus, it was a fertile ground for the well-groomed and astute entrepreneur in Murthy to take flight. A simple SWOT would have told him where his interests should lie. But, he was the CEO of eBay alright. Therefore, if he wanted to make it big and, make it in the manner, style, and segment he wanted to, he would have to take the tough decision – of letting go of a much coveted position at eBay.

Apparently, sometime during his last year at eBay (India) – around 2011, he changed his LinkedIn status to “Starting Up.” What appeared like an ever-so-slight try to pre-empt interested folks, soon turned out to be a master-stroke. Even before he could react to the initial response to his status, he had done enough to generate immense amount of interest from a good number of people whom he was associated with in one way or the other through his professional life.

Re-aligning with people whom he had worked with made him believe in his plan more than ever before. He went about putting it into action in a machine-like fashion. The entrepreneur-ex-colleagues synergy slogged it out for 5 full months to get together a great working team (possessed of the requisite experience and passion) that had put forward their best leg to make their idea become market-ready and launch with thousands of items.

While the fact that the initial stages of not having funds was made little easy by a group of like-minded, , and enterprising professionals, there appeared a source of funding which really fuelled Ambareesh Murthy’s business idea.

Norwest Venture Partners came forward with a US$ 5 Million Series-A funding even before the portal was launched. It was a testimony of the calibre and capabilities of Murthy and team whose speed of execution saw their plan become a reality in less than 5 months. Getting a boost to their confidence and morale, the Ambareesh Murthy-lead team (included Ashish Shah – former head of eBay Motors – Indian and Philippines) worked and put in place the required infrastructure and product developments teams via partners, as indeed addressed other related aspects.

The site was launched in January 2012. The initial offerings a host of items ranging from lifestyle items spread across multiple lifestyle categories such as Lifestyle Accessories, Personal Care Clothing, Furniture & Home Décor, and Precious and Fashion Jewellery. Although, the company registered a Gross Merchandise Value (GMV) of only Rs. 10 lacs in the first year of its operation, what it really did was to prove that PepperFry.com was here to stay.

By the turn of the year, Ambareesh Murthy was more than convinced that lifestyle segment was the least catered to in India, which presented a great opportunity for PepperFry.com to play niche. And that is what exactly it did. In 2013, company decided to gear itself to ply its trade in this apparent niche and, focus on furniture and home decor.

The growth and success of PepperFry.com bear distinct marks of Ambareesh Murthy’s leadership. The company follows a “Managed-Marketplace” model which is manifest - in a sort of off-beat practice- in his decision to source the site’s offerings from SMEs, artisans and large brands in multiple cities across India.

In recognition of the potential in this hereto under-served segment- especially when technology and other products rule the eCommerce portals – PepperFry.com got another round of US$8 million Series-B funding in 2013 from the initial funders, Norwest Venture Partners.

This was followed by yet another round of funding of US $15 million by Bertelsmann Investments India (BII) - the strategic investment arm of the international media company Bertelsmann in India.

With well over a 100 merchant partners, and an overall US$28 million funds raised, the company has been able to effectively market it offerings and improve it supply chain infrastructure, thus inadvertently, becoming a primary source of income for many merchants.

A great understanding of their target market, unmatched emphasis to customer experience, and a zeal to continue to restore the niche that it has been able to create for itself and selling a piece or an item every ticking minute, PepperFry.com is nothing short of a dream-come true for Ambareesh Murthy.