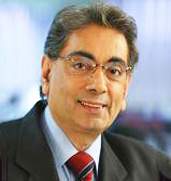 Very few get to herald a new era of entrepreneurship; of these people, the number of those who went on to carve a niche for themselves in the annals of history is fewer still. Especially, in a country where enterprise activities were predominantly centred on agri and agri-based products and services, Mr. Narendra Patni pioneered the beginning of the software services industry – outsourcing – to be precise.

Much later, this proved to be the platform for over scores of thousands of entities – small and big – to start, flourish, and prosper in what would eventually be termed as the process outsourcing industry. Although the practice wasn’t exactly what Naren (as his closed associates would call him) had endeavoured and started, this off-shoot of outsourcing (as envisioned by Mr. Patni) actually spurred on other entrepreneurs to so ostensibly create demand for a new type of skills-set that India’s Youth Dividend provided – which came at a fairly economic price and which offered the option to meet this demand that was created.

Patni Computer Systems, the brain-child of Mr. Narendra Patni, at the time proved to be the fertile place for some of India’s greatest business leaders of the future, as indeed the prelude to the inception of Infosys -that would eventually become one of the prominent IT services company in the world.

Mr. Patni was born into a Marwari Jain family in 1943. In a sort of digression from what one would associate as a vocational activity in the traditional Marwari milieu - in the first or second decade of India’s independence- Narendra opted to become an engineer. What’s more, he had his proper technological grounding at the Roorkee Engineering College (which was later renamed to be known as the prestigious Indian Institute of Technology – IIT Roorkee) where he pursued and completed electrical engineering.

Right after completing his engineering, he enrolled for a masters in electrical engineering at the world renowned Massachusetts Institute of Technology (MIT), from where he also went on complete another masters - in business management at the Sloan School of Management.

The spark, start, flight, and take-over

While the zest to succeed was evident from his education plans and choice of career, the spark that that led to the founding of PCS eventually was his tryst some inspiring folks as well as some like-minded, enterprising Indian brethren who had also been at MIT at the time.

It can be safely said the one who had the most influence on young Narendra was Mr. Jay Wright Forrester – one of legends of modern computing- who taught Industrial Dynamics at MIT. The course dealt with using computer simulations to solve business problems. This had a lasting impact on Mr. Forrester’s enthusiastic and creative pupil.

Apart from Mr. Forrester, there were also others like Lalit S. Kanodia (Founder & Chairman, Datamatics Global Services) and Arun Firodia (Founder, Kinetic Group) at MIT – with whom Narendra interacted, who had noticed the spark early on as he was found to be always a little ahead of the others when it comes to everything computer related. Not only that, Narendra was also known to have actively participated in all the community events organised by the Indian students’ association at MIT.

All these combined and started to shape the entrepreneur in Narendra.

But before the entrepreneur Narendra had expressed himself, there were professional stints and associations which allowed him to gain practical insights and business perspectives that would prove so path-breaking for him and for his motherland.

After completing his masters in 1969, he started working with Asia Pacific Capital (HK) limited as advisor, followed by jobs at the US Trust Company of New York and Arthur D. Little Inc. (as a consultant). Not long after, he was hired by Mr. Jay W. Forrester, as President of the Forrester Consulting Group – the company founded by him. This was testimony to the fact that Mr. Forrester had spotted the spark in Narendra during their time together at MIT (as teacher and pupil respectively).

These associations facilitated for Narendra great hands-on experience of the consulting business which essentially involved outsourcing of work.

The astute Narendra, building on the experience thus gained, saw a great business opportunity in data conversion work. The basis of approach was that he considered it as something that could be done back home in India where low wages offered him the luxury of staying very competitive.

After having made up his mind, the enterprising self of Narendra started to express itself not so long after his job stints. In September of 1972, with help, support, and encouragement of his wife Poonam, he started a company in a small apartment that would offer data conversion services. It was called “Data Conversion Inc.” It worked well enough for the couple to encourage them to open an office in Pune with 20 employees – to augment hands that would help complete the work they were getting.

After half-a-decade or so later, and after having tasted success with their all-new business model /approach, Narendra decided to expand and go full-fledged into the IT services outsourcing business.

Since doing that entailed greater involvement and stake-holding, he brought in his brothers Ashok and Gajendra – who were both technocrats themselves. This augured well, and in the year 1972, Patni Computer Systems (PCS) was founded by the brothers.

In the initial days, the newly founded company sold Data General’s mini-computers while the other company Data Conversion Inc. (later renamed as Patni Americas) continued in the field of data conversion. But, Narendra, being the tech-savvy, creative person, and visionary he was, wanted the company take up software development services.

Thus, PCS hired a young engineer Narayan Murthy and entrusted him with the responsibility of heading PCS’ software division. Murthy did his bit in the growth of the company by bringing in S Gopalkrishnan, Nandan Nilekani and five others who contributed to success of the company to become the premier provider of software services. The same group of employees hired by Murthy along with himself would go on to found Infosys, which has since become a top technology services company of the world. When at the peak, PCS employed over 15,000 employees in 23 offices with presence in many countries of the Americas, Europe, and Asia-Pacific. The company’s off-shore development centers were located in eight Indian cities. The company listed was on the New York Stock Exchange in 2006.

Ironical as it may sound, but that fact remains that while Infosys, the company founded by the very same people who helped PCS grow, capitalized on the business opportunity presented by the turn of the century – with the Y2K situation and the avenues it opened up for it and a host of others that had sprung up in the years subsequent to Infosys’ inception, PCS did not. It let the opportunity slip-by. Moreover, the internal squabbles within the company – especially the brothers- also contributed to the continued stagnancy that PCS went through. As a result, when others went to become blue-chip companies and crossed the billion dollar marks, PCS struggled and remained a sub-billion dollar company.

Further, the company was split into two – hardware and a software division which apparently made it difficult to manage and consequently lead to corporate chaos. Apart from that, the problem seemed to have been compounded by the decision to bring in General Atlantic as investors – as it gave little control to Narendra over the functioning of the company.

The rumbling in the top echelons of the company, helped a much smaller entity called iGate to sense a great opportunity to acquire PCS, which it did in May 2011 for a reported deal of $1.2 billion – much to the disappointment of Narendra Patni. While he served as Chairman of iGate upto 2011 (was CEO of PCS upto 2009), he just didn’t like the fact that PCS was brought to a situation where it was took-over by a much smaller company whereas ideally it should have been the other way round.

Narendra was married to Poonam and has two children, son Anirudh and daughter Ambika. The family lived in Boston. Anirudh runs a company that was floated under the guidance of his father Narendra. The doyen of the Indian information technology industry in the true sense often referred to as the “poster boy of Indian outsourcing” died of a cardiac arrest in June 2014. He was 71.