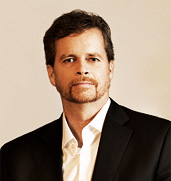 Nike is a brand that inspires people.....

Accredited as a Self-Motivated Professional, Mark Parker has been the third Chief Executive Officer of Nike Inc. He took up the post of a CEO of the world famous athlete shoe designer company, named Nike, since 2006. A person who is known to have an uncanny eye for any good design, he too has a cutting edge sensibility which is again gained from this social network.

When someone is asked to explain about Mark Parker some of the words like cool, complex, humble and creative are the ones which we get to hear repeatedly. He is closely involved with the art community and some of his friends include Eric Clapton and his office too is designed with art work from various backgrounds.

Mark Parker is committed to keep Nike’s shoes sustainable to the realms of nature. He always wanted the signature brand of shoes associated with Nike, to remain environmentally conscious. After 10 years of research and hard work towards this particular initiative, Mr Parker along with his team launched their first project named ‘The Green Shoe’. The brand of shoes completely adheres to the principles of sustainability.

Mr Parker was born on the 21st of October 1955, in Poughkeepsie, New York. He had completed his Bachelor’s degree in the field of Political Science. He had finished his graduation in the year 1977.

Mr. Parker joined Nike Inc. in the year 1979, hardly two years, after he had completed his graduation program from the Pennsylvania State University. So, not much info has been given on the set of careers he progressed in, prior to joining Nike Inc. He has had a long haul of a 31 year stint, of having worked with Nike alone.

His journey with Nike Inc.

Mr. Mark G Parker became the third Chief Executive Officer of Nike Inc. during the year 2006. He joined the firm as a shoe designer. Ever since he had joined Nike Inc., the shoe biggie, he was given primary responsibilities pertaining to product research, design and development. He thus served as the designer and development manager of Nike Inc. for the Exeter, New Hampshire branch. This was from 1979 to 1980.

Then, he went on to become the manager of advanced product design unit at Exeter in New Hampshire. This was between 1980 and ’81. Years ’81, ’82 and ’83 saw him performing the role of a Director of Design Concepts and Engineering.

Like-wise we can find him portraying several senior and managerial positions across different verticals of Nike Inc. Let us see how he had progressed from here on...

He became the manager of Running and Fitness footwear marketing from 1983 to ’85. He received yet another promotion round about, this time, when Nike Inc. saw him head the entire team at the Special Design project of the footwear biggie. This was between 1985 and 1987.

He then went on to grab the profile titled ‘Corporate Vice President’ of Nike Inc. again on international parlance towards research, designing and development of authentic footwear. As we had seen in the earlier paragraphs, he served in one profile or the other for a maximum period of 1 or 2 years and eventually moved on, to the next vertical, however within the same company. But this corporate VP role was retained by Mr Parker for quite a long haul of 5 years, viz. 1988 to ’93.

He then became the Vice President of Consumer Product Marketing from 1993 to 1998. He performed two roles dual roles of Vice President as well as the General Manager of Global footwear domain of Nike Inc. This was during the tenure between 1998 and 2001. He then went on, to head operations as the President of ‘The Nike Brand’, a select group of footwear, specifically targeted towards the higher income cosmopolitan group. He grabbed the position during March 2001 and this went on until January 2006. Thus in the 27 year old stint with Nike Inc., Mr Parker has taken on several roles, rather a broad range of leadership roles from product design and development to marketing up until brand management. He was so much associated with Nike Inc. that he had become the brand ambassador of the footwear biggie. He used to organize road shows and sponsor running events by wearing the signature brand of shoes associated with Nike Inc.

Mr. Mark G Parker, merely by his hard work and persistent commitment towards the footwear biggie, went on to become the President and the Chief Executive Officer of Nike Inc. He earned the coveted post in January 2006. Then, there has absolutely been no looking back for the aspiring 59 year old master mind. Today, Mr. Parker is responsible for the growth and development of Nike Inc.’s global portfolio including the likes of Converse, Cole Haan, Exeter brands, Hurley International and Nike Bauer Hockey.

We have unravelled the long career stint of Mark G Parker with Nike Inc.

On his personal front

Apart from handling a diverse set of roles, representing Nike Inc., he was also quite active persuading other interests in his personal life too. He was not an idle geek, sitting at the computer and sipping a cup of coffee, while at home. He has actively participated in quite a lot of marathons, sponsored by the Nike brand. He ran on the Penn State track team.

He has also got a distinguished set of rare paintings and art collectibles, to flaunt with. He recently started his own website on pop music and collected chart busters, forming the part and parcel of the website, as such. It was showcased as ‘The Unreal artwork inside the office of Nike CEO, Mark Parker’. The artists representing Mr Parker’s repository included AdonnaKhare, Andy Warhol, Mark Rayden, Tim Biskup and a lot many. He has also got original props and models from Mars Attack (1996), The Day the Earth Stood Still (1951), Back to the future (1989) and The Batman (1989).

He is married to Kathy and the couple is blessed with three children namely, Jennifer, Megan and Matthew.