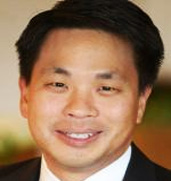 Being public is important because it shows the strength of balance sheet….

A versatile strategist, Marcus Ryu co-founded Guide Wire, an insurance company, way back in 2001. He has been a Chief Executive Officer of the insurance biggie from 1st October 2010 and the President of the overall managing committee since 2010. Mr. Ryu has been maintaining a variety of roles in Guide Wire Software Co., including securing key customer relationships.

As the great entrepreneur have dual degrees to his credit, that too from top notch universities, he firmly believes in the power of words and ideas. Marcus Ryu is a great motivator and a speaker. He gives guest lectures at various top universities, addressing the student community. Students and the younger generation, who take his words on a serious note, are sure to come out in flying colors.

A person who has come from a very strong academic background has a lot of faith in the power words as well as the power of ideas. He also believes to follow a strategic approach while hiring employees and also believes in motivating and being motivated.

A person who also believes in communication, Marcus Ray is a friendly person who is known for his friendly approach with his subordinates. He conducts regular and timely meetings with his employees and he says it is more like a football huddle than a formal meeting. He tries to maximize the transparency in this organization through such meetings with the combination of peer pressure and self imposition.

The CEO of Guide Wire has a long way to go. He is professionally, educationally and technically the best.

Let us discuss on the companies, Mr. Ryu worked with, before he went all out, to start his brand new company

He had completed multiple degrees starting 1991 up until 1997. The first degree was in Economics and the second degree was in Philosophy, as stated in the previous paragraph. The moment he completed his dual degree program, he went all out to join Mc Kinsey an American Company. He worked there as an Engagement Manager. This was during January 1998 up until January 2000 (2 years and 1 month)

a) During His career stint at Ariba, which he had joined post his stunt at Mc Kinsey & Co, he had bagged the profile of a VP, in the strategy and development team. He oversaw a corporate initiative, in favor of Ariba, which is a financial services company. He brought more acquisitions and mergers while serving at Ariba.

b) Prior to taking up the initiative of bringing international clients to the financial services company, he was involved in providing clients with strategic advices as he was an expert on procurement and internet based marketplaces.

c) The guy then went all out to start his own firm namely Guide Wire in the year 2001. He has been serving as a VP of Products and Strategy of his own firm up until 2010.

Guide Wire as a company

Guide Wire Software Inc. is a company based out of California. It provides back to back services of software, for developing insurance packages for the people of the United States of America. The kind of applications, taken up by the company includes

His journey with Guide Wire

As a strategy analyst, this is what the master mind guy has been taking care of. Mr. Ryu is responsible for the daily operations and provides strategic guidelines to the insurance firm. He performs a versatile set of activities connected with managing the firm efficiently. These include

His prior experience as a strategy planner makes this guy an expert in exploring latest market trends, analyzing them and procuring novel ideas to develop better products for his own set-up.

As Mr. Ryu had sufficient experience in terms of acquiring mergers, acquisitions and corporate positioning, this guy is the most suitable strategy developer for drawing up detailed and comprehensive insurance coverage plans, to meet the requirements of all and sundry in the United States of America.

As for Guide Wire, Mr. Ryu performs a crucial role in developing and implementing leading solutions for the insurance company. He joined as the Vice President, taking care of products and services, connected with the insurance industry at Guide wire Inc from 2008 to 2010. And he served as the VP of Strategy from 2001 to 2008. Now presently, he is the CEO of Guide Wire.

“We strive for excellence in software development and delivery to enable your excellence in insurance operations. We want to exceed your expectations about what a committed technology partner can deliver.”

The guy is thus committed towards customer satisfaction and business excellence. He makes sure, the firm does pretty well. Mr. Ryu has been making a reasonable level of profits for Guide Wire with each passing quarter. Mr. Ryu also handles the process of conducting interviews to select the right set of candidates for Guide Wire.

What inspired Ryu to start the firm named Guide wire?

The guy wanted to set up an insurance company, after the 09/11 incident, wherein the twin towers collapsed. So the key principle behind starting the firm was to provide people with more secure lives.

The team of 6 who co-founded the insurance business based the team to have a mix of values namely integrity, rationality and collegiality.

Integrity is to tell the simple truth. The clients who approach the firm cannot exaggerate on what has happened. Rationality is making simple decisions using truth and logic. And Collegiality means minimum hierarchy. The lesser the number of people involved in processing your claim amount, the lesser will be the degree of confusion and chaos and whether you are an individual or a business firm, you can be assured of almost 90% of claim value in case you suffer losses.