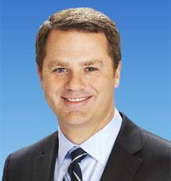 Doug Mcmillon is known to one and all as a person who has a good natured sense of humor is quite easy going. He is also that Doug is undoubtedly the best example of an opportunity at Walmart.

Walmart as a company is also started working with various NGOs as well as governments to maintain and establish various sustainability standards across the World. The major goals of the firms as per Doug Mcmillon are, “renewable energy, more sustainable products and packaging and zero waste.”

Mcmillon started his career with Walmart. The stores catered to food, apparels and general merchandising. In 1984, Mcmillon began his career at Walmart. He started off as a summer associate in a distribution center in the USA’s most preferred grocery stores. In the year 1990, he rejoined Walmart Stores. This happened while he was pursuing his full time MBA. The company was located in Tulsa, Okla.

The entire 22 year career span of Doug Mcmillon was spent towards Walmart’s merchandising business. Let us see his career spark for years with just Walmart.

• 1990- He began working as a full time employee at Walmart Sores in Tulsa, Oklahoma.

• 2009-2013- He served as the President and CEO of Walmart, International after succeeding Mike Duke

• 2014- He finally took over the position of CEO for entire Walmart group. And this happened during February 2014.

Mcmillon served as the President and Chief Executive Officer of Sam’s club, which was an operating segment of Walmart. He served as the President of the Club from 2006- 2009. He made the sales peak up to unimaginable heights during this particular period. The sales turnover peaked up to more than $46 billion per annum, during all the three years. His operational excellence during this era was beyond words. That was how he finally bagged the CEO position of the entire Retail Store biggie named Walmart.

His journey with Tencent Holdings Inc.

Walmart is an American Multi National Retail Corporation which deals with consumer fast moving goods and services like food products, high end fashion apparels, electrical and electronic products at discounted prices. The company operates in more than 71 countries around the world with a total number of 11,000 stores, running to its credit. It believes in selling products at lower costs and earns profits by compensating on larger volumes, per say. The Company was incorporated on 31st October 1969 by Sam Walton.

Mcmillon took over as the President and CEO of Walmart group since February 2014. Under his leadership and guidance, Walmart is enriching its line of business to newer heights. It is bringing together logistics network, range of stores and digital capabilities, all under the same umbrella, thanks to the business icon’s innovative methods of carrying on with business. The new facility is aimed at enhancing the purchasing power of Walmart customers. They can shop whenever, wherever and however they want to. As he has been associated with the super market biggie throughout his career span, he has assumed senior leadership positions in all domains of business. He puts on the shoes of the customers and goes all the way to satisfying their needs. This makes him as all rounder, as far as merchandising is concerned.

Doug serves on the boards of Walmart Stores Inc, Consumer Goods Forum, and Enactus and also on Crystal Bridges Museum of American Art. He remains on the executive committee of Business Roundtable. We have more to go, to learn about the multi faceted aspects of Walmart’s CEO.

While Mcmillon was acting as operational head, he saw more than 3000 stores getting added to the kitty, as such. He brought in new business and set up franchising units in China, Brazil, United Kingdom, Canada, South America and parts of African continent.

Mcmillon was the guy behind introducing Every Day Low Prices (EDLP) to chain of stores representing Walmart group. He has vigorously implemented his plan in some of the international markets of Walmart.

Business meets and round table conferences attended by Doug Mcmillon

• Mc Millon spoke at a conference meet at Brookings Institute in November 2011. He spoke on the role of private companies in shaping up the global economy. He also spoke about the impact and opportunities of middle class people, residing in China. He spoke about Walmart’s inventive focus on e-commerce.

• Mcmillon participated in 2012 Aspen Ideas Festival CEO series. He spoke on how the private sector can team up with the NGO’s and work harder towards sections of society who find it difficult in managing two square meals per day.

• He was recognized as a young global leader by World Economic forum. This happened recently.

His vision was to spread the word of mouth, on providing quality products at lower prices. He felt if he could help someone save money, the person can invest it elsewhere in terms of providing for his or her child’s education, pay up the apartment rent or pay up down-payments for owing an own house or to pay up on credit card payments. This way he thought he could help people lead better lives. This was his vision in bringing out innovative methods of conducting business. And his vision opened doors to Walmart starting its chain of stores, across the globe. “Walmart culture is neither the poster we see on headlines or bill boards nor is it a feel good exercise. Walmart culture means life” were the golden words quoted by the icon, and youngsters can look forward to his dictum in everyday life. He looks at his customers are part and parcel of the culture and thus believe in bringing them the best of products and services.

He was married to Shelley in a place named Bentonville. Doug met Shelley at the Bank of Bentonville, where he used to go to work. The young couple is blessed with two sons, who like their parents are proud of their hometown, Bentonville.