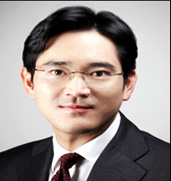 The market is big and opportunities are wide open…

Lee is known to everyone as a shy person who is quite unassuming. He also is the only son of the Chairman of Samsung, the 72 year Lee Kun Hee. Samsung has evolved as a World class corporation with businesses that swirl the world. You have the electrical and electronics conglomerate associated with sky scrapers, semi conductors, plant construction, mobile phones and tablets, washing machines, LED TV’s, fashion, medicine, finance and a lot more.

In South Korea, Samsung is not a company but a religion. You have sophisticated and state of the art mobiles launched by Samsung from time to you. Smart phones, Tablet phone, Samsung Galaxy, Samsung Dual SIM, Galaxy note and what not. It is re-inventing itself to suit the younger generation. Thanks to the ideal son-father relationship carried forward to business as well, that the team is able to churn novel ideas and bring about unique products from time to time.

Jay Y Lee was born on the 23rd of June 1968. He is the son of Lee Kun He. His dad is apparently the Chairman of Samsung group, the electronics biggie company. He is undoubtedly, considered to be the future successor to his father’s position.

Lee received a degree in East Asian History from Seoul National University. He later went on to pursue his Master’s degree in Business Administration, from the Keio University. He has also received a formal education on Executive Management from the Harvard Business School. The younger Lee will definitely take over, in the new era of Samsung Electronics. The revenue of Samsung Electronics last year was worth $228.7 trillion i.e. $ 225 billion. This is 100 times of what his dad achieved way back in 1987. The 46 year old entrepreneur has a long way to go!

Jay Lee presently serves as the Managing Director of Doosan Engineering & Construction Co., Ltd. and also has been working with Vice Chairman of Samsung Electronics Co. Ltd from December of 2012. He also served as the Senior Vice President of BC Card Co., Ltd. He was also associated with Samsung Card from the year 2011 and has served in several positions including Director of Strategy & New Business Planning Division and also as the General Director of Strategic Business division.

He later also worked with GE Capital as their General Manger of Retail Service Finance and also with Bank of Boston Consultant in the year 1992.

Mr. Lee is also the internal advocate for customers across Samsung organization and he is also actively involved with present and prospective clients in the market.

He was into a low profile internet based business before he joined Samsung electronics way back in 2001. Not many references are indicated on the list of global conglomerates he worked with, before he became the Vice Chairman of Samsung Electronics. His dad Lee Kun He, who is the Chairman of the company, is calling shots. The younger Lee rarely makes appearances at press interviews or at the cameo.

His journey with Samsung Electronics

Mr. Jay Y Lee was practicing as the Vice President of Strategic Planning and then as the Chief Customer Officer. This was a management based position created exclusively for Lee. Since his dad was actively engaged as the Chairman of the company, the younger Lee never made his presence felt at the media.

His father once stepped down as the Chairman of the Electronics biggie in the year 2009. This was on account of tax evasion. The prospects of the younger Lee assuming leadership of the company dimmed. However in the year 2012, Mr. Lee Kun He (Dad of Mr. Jay Y Lee) assumed the position as Chief Operating Officer of Samsung Electronics. Since December 2012, Mr. Jay Y Lee has remained as the Vice Chairman of Samsung Electronics. He is one of the major share holders of the company owning 11% of the company’s financial services subsidy.

Jay Y Lee is known for his cold determination and a polite demeanor. The Younger Lee apparently may lack his dad’s charisma. But his personality could suit the Samsung of today. He is low key, approachable and is fluent in three languages. This can help Samsung shift focus from hardware to software, it can help the company wrap up deals with better content and help the firm collaborate with global partners. Jay Y Lee has also done a PHD from the Harvard Business School. He is highly accomplished and talented to take up on the company. But as of now, his dad is the ultimatum of business.

The 46 year old forged a relationship with Steve Jobs, Apple’s CEO, and was into supplying raw materials for manufacturing Apple devices, including that of I-pod.

Still his management abilities are not yet proven to the outside world. His grandfather made a humble beginning to establish the firm, way back in 1938. His dad Mr. Lee Kun He worked hard and burnt the midnight oil to make Samsung, the biggest business group in Korea. Lee Jae Yong has had quite a few accomplishments visible and noted to the outside world. In ill health for years, first from cancer, then from pneumonia and respiratory infections, Lee, South Korea’s richest person with a net worth of $12.9 billion, set the stage for an orderly succession well before he was stricken. Although he owns only 3.4% of the shares in Samsung Electronics, whose revenue accounts for 16% of Korea’s gross domestic product, he controls the group through ownership of shares in other Samsung companies and cross-shareholdings.

Many engineers and employees working with the main plant at South Korea still are not aware of what he is probably capable of achieving as he has so far not had an opportunity to prove anything. His dad’s voice made every iota of move. His dad Lee Kun is 72 years old and suffered a major heart attack and unconscious in Samsung Medical Center after suffering a heart attack. He will be the next emperor of Samsung group.

Jay Y Lee had had a long standing association with Steve Jobs and he is a highly respected guy in Silicon Valley, which is the Mecca of technological advancement. While naming Jay Y as the chairman, it was cited as Samsung’s achievement parametric that he was instrumental in boosting brand power and solidifying leaderships in Smart phones, TV’s and components. He has also strengthened partnerships and brought in more business from other global partners by meeting up with Google CEO, Larry Page and Apple’s CEO, Tim Cook.

Jay Y and the late Apple CEO, Steve Jobs struck a great relationship and the two companies worked out a deal that would clement the success of Apple’s I Pod. This quiet unassuming gentleman has worked very hard in boosting up Samsung’s market share up by 25%, especially in the mobile and tablet phones segment. Jay Lee had a great association with Steve Jobs, which gave him a push to design OLED screen on Samsung tablet devices. OLED stands for Organic Light Emitting Deode.