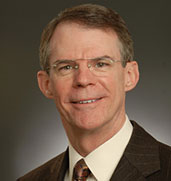 U.S. Bank is a retail bank, what we do is simple…

Considered among the highest paid CEO’s, Richard K Davis is a well known American businessman and he currently serves as the CEO and Chairman of US Bancorp. Richard K Davis has been instrumental in driving across the right kind of values and principles, among employees working in the organization. He has carried out a lot of reforms in the banking sector, as such. Davis thereby emphasized the need for creating a business culture with consistent values. He wanted audits to be conducted on a periodic basis, so that the goodwill of the banking unit is enhanced in the long run. He encouraged government regulation and ethical practices of shareholders to make reasonably fair investments into US Bancorp. This would in fact give rise to honesty, integrity and transparency, especially when shareholder access and whistle blowing incentives were introduced by him, as such.

Though Davis spent years functioning for Grundhofer and developed his own closely controlled approach to work, his willingness to invest in the company comes as no bombshell to long-time colleagues.

Making money is not a bad thing, because capitalism is what got America where it is today, as long as you do it the right way with honesty,” were the golden words of Davis, which youngsters can look forward to.

David was said to have been very comfortable before the crowd from his childhood. Davis grew up as a son of a truck driver and his mother worked as a receptionist at Hacienda Heights, near the middle-class suburb located on the east side of Los Angeles. He sister was also an aspiring actress during that time. His initial dream was to become a pilot and to join the Air Force Academy.

He completed his Bachelor’s degree in Economics, from California State University.

He currently serves as the Chairman of Financial Services Round table so is the director of the clearing house and the American Bankers Association. He is a coveted member of the International Monetary Conference and actively represents Ninth District of Federal Reserve, where he is an integral part of its Financial Advisory committee. A simple man, known for his participation in a wide gamut of departments, within the banking sector, is what you need to look at. He serves as the board of directors, with Xcel energy. He serves as the Assistant Vice president of Claims at Maiden Re. He will still occupy the position, as a Vice chairman of board of directors at the Business council during 2013-2014.

His journey with US Bancorp

Since 2007, Davis was appointed as the Chairman and CEO, and still holds a key position in US Bancorp, despite recession and other economic instabilities.

Davis continues his welfare efforts as the CEO and Chairman of US Bancorp. During 2007, he held a meeting with investors. The executives promised an enhanced level of customer service improvements, a minimum 20% return on equity and 10 percent increase in earnings per share, over the long term. US banking corp. and the team took his visionary goals as a mighty challenge and has thereby made acquisitions in consumer banking, wholesale banking, trust and in payments business. The banking corp. has thus enhanced its call centers, mortgage origination systems and internet banking facilities.

The expenditures were completely minimized in the capital intensive banking sector as US Bancorp was considered a lean operator. It worked with a completely a non-frills mentality. The one and only obsession the bank was concerned was, towards the welfare of its shareholders and investors. It wanted to maximize the earnings and dividends, making investor’s life easier. Thanks to the friendly attitude in Davis, those things went forward the way it should.

Under the leadership and guidance of Davis, Bancorp has more than 3000 banking offices all over the US. Achieving a feat of establishing 5000 ATM’s across the nook and corner of the nation, as such, is definitely not simple and easy. It calls for an enormous amount of leadership qualities and magnanimity from a man, who just started as a teller during the beginning of his career tenure.

There were 60,000 employees working all over 25 states, under the professed banking icon. Each year about 50 US bank employees face jail time, for committing white collar crimes. US bank is characterized as one of the cleanest and the best managed banks, and does not make loans to munitions or pornography companies, among others that conflict with company values. Thanks to the right kind of values and principles instilled by Davis, as such.

He also wanted to provide higher degree programs at subsidized rates with leading universities across US, to all the employees working in the organization, as such. He was interested in grooming the existing talent pool, within the banking corp., than hiring fresh talent from outside. This was on account of genuine concern for employees working under him, to come up the career streak. He wanted to expand the banking division beyond imaginable heights by making use of right decisions and he said, opportunities are generally short lived in nature and if these were not taken advantage of, then the efforts would lead to nowhere. This was the banking icon’s convention.