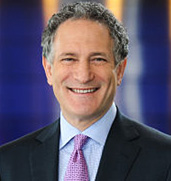 Bloomberg L P is financial software and a data analytics company headquartered in New York City. Bloomberg was founded by Michael Bloomberg in the year 1981, with the help of Duncan Mc Millan, Thomas Secunda and Charles Zegar. Merrill Lynch had a 30 % ownership stakes with Bloomberg L P. This was however during the initial and formative stages.

Bloomberg LP provides news about financial happenings around the world. It is also into providing equity trading platform, financial data and hot news to the leading financial companies and top organizations via its terminal, i.e. Bloomberg Professional Services. You must have heard of the famous Bloomberg news channel, wherein rising and falling markets and their index data are represented on the television 247. Bloomberg also circulates its financial magazines for readers’ subscription.

Dan Doctoroffwas born on 11th July 1958 and is currently 59 years old. He was born in Newark city in New Jersey. His parents were named Martin and AllenneDoctoroff, respectively. He was brought up in Birmingham, Michigan, though.

Upon graduating, Dan started his career with an investment banking firm named Lehman brothers, which is located in the New York City. He later became a part of the managing committee in a private equity firm named Oakhill Capital Partners. Prior to his joining in Bloomberg L P as the CEO, he worked as a deputy mayor and worked towards the economic development and rebuilding the city of New York, under the guidance of Michael R Bloomberg. He has worked very hard towards promoting New York to hold Olympic Games during 2008 and 2012 respectively.

His career as a deputy mayor

While he started off his career as a deputy mayor, Doctoroff continued to work towards the economic re-building of the entire city of New York. He has worked hard towards the neglected areas of the city, through an exhaustive five year plan. He has worked on 289 projects and initiatives, including rezoning of 6000 city blocks, creation of 130 million square feet of residential and commercial space. He has also been instrumental towards building parks and gardens over an area of 2,400 acres. These include High line, Brooklyn Bridge Park and Governor’s Island.

He was striving hard; pleading the Govt let New York City host Olympic Games during 2008 and 2012. However the bill in the Parliament was rejected, as such. It was London, which hosted the 2012 Olympic Games. And his continued efforts towards wanting New York City to host the world famous Olympic Games, led to the extension of number 7 subway line. As he was continually involved in economic reconstruction of NYC, he was asked to join Bloomberg as a part of the administration.

There are also other economic developments, which were carried out to his credit. He took up the 127 point development scheme with 25 support agencies and the plan involved making New York City, an economically sustainable place, to live in. He has also supported the economic rebuilding of Lower Manhattan, which were completely devastated post 9/11 attacks on twin towers.

A lot of flood zones still adversely affected through Hurricane Sandy were made good by his team. Thanks to the ever affectionate concern, this great man had, towards supporting humanity.

The 127 point scheme also involved reducing gas emissions by 30% and he encouraged masses, not to commute by car but to use the public transport systems.

His team used to impose fines, in case carbon emissions emitted by the vehicle, exceeded permissible norms. This way, he has constantly worked towards the upliftment of human welfare, throughout his stint as a deputy mayor.

Doctoroff resigned from city politics, as his major initiative with congestion pricing proposal failed badly. Earlier in one of the paragraphs, it was clearly mentioned that he and his team used to charge heavy fines, to people who were not resorting to public means of transport and this would reduce carbon emissions by as much as 30%. However, not many people could afford to pay huge taxes and fines, to comply with public transport. They also felt, that the buses were not freely accessible, as against commuting by their own cars.

He thus resigned from politics, just to join Bloomberg L P as the president, during February 2008. Under Doctoroff's leadership, Bloomberg L.P. shifted its focus from providing financial information and analysis to its network of Terminal subscribers, to building a news organization targeted to a broader business audience. These efforts included the development of a strategy to increase the readership of Bloomberg.com, the acquisition of BusinessWeek and the creation of new subscription services Bloomberg Government and Bloomberg Law.

85% of the sales turnover of Bloomberg comes through its terminals and news channels. Bloomberg L P is into subscription based news services. You need to approach your cable operator and pay specific fees, so that the same channel throws up on your television. The news channel is wide spread, operating with more than 2500 journalists working for its several news stations, spread in almost 72 countries. Doctoroff mentioned in an interview that it is the huge participation of the public in responding to news channels, which makes the television channel, the most influential channel throughout the world. Under the leadership and guidance of Doctoroff, Bloomberg has even surpassed Thomas Reuters, in the market share, i.e. value of share prices. Bloomberg is expanding its operations in South East Asian countries like Korea.

Doctoroff has contributed a huge sum of $ 25 million towards finding a cure for Amyotrophic lateral sclerosis. There is more to go with the 58 year old, iconic personality.