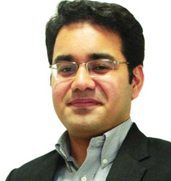 Kunal is the co-founder and CEO of Jasper, India’s largest couponing company which runs the leading buying portal in India. This firm is named as Snap Deal. The company was formed in the year 2008 and is now 300 member strong organization with operations in 30 cities and 5 countries. Thanks to its stupendous reach, via the internet.

Who doesn’t like getting discounted deals, on cosmetics, apparels or on hotel bills? All of us, right. There are beauty parlors or spa centers, which offer you a massive discount of 75% off, on manicure and pedicure services, facial and hair spa. Thus, the enriched coupon company is thriving in a culture obsessed with deals.

Kunal prior to setting up an e-commerce biggie named as snap deal, co-founded a detergent based company in the US. This was done while he was studying in college. The company now sells products in across 3000 stores in the US. This detergent company was featured in a realty show sponsored by Oprah. The company has also made headlines at the Wall Street Journal and New York Times.

Kunal is an engineer from the University of Pennsylvania and holds a business degree from the Wharton School.

Kunal started off, with Deloitte Consulting, which is one of the 4 big Chartered Accountancy companies in the US. He later joined Microsoft in US. Microsoft has provided companies with various high tech tools which have made the working much easier.

Eventually, after co-founding Snap deal, in year 2007, there has been absolutely no looking back, for the 31 year old entrepreneur.

His Journey with Snap Deal

Snapdeal.com was started in February 2010, as a part of Groupon.com but extended its horizons to the wide e-commerce market. Snap deal sells mobile phones, electrical and electronic appliances at dearth cheap prices. Apparels, crockery, LED TV’s, gift items and fast moving consumer goods are also sold at more than 30-40% slashed rates, running in your favor.

Life style deals include discounted movie tickets, beauty parlors deals and other offers at recreation centers like a 60% flat discounted rate off salsa or Zumba classes. Likewise, you name it, and you can find an attractive deal on snap deal.com. The couponing company has a tie up with various online sellers and gives you cool discounts which can leave you elated.

For certain items like jewelry or watches; a manufacturer’s warranty card is supplied, as a part of the product kit. So if anything goofs up, you are directed to contact the service cell of the consumer product.

Kunal started the company after he saw the success of Flip kart in the local domestic markets. For the year 2013, Snap Deal expects to cross gross revenues of 600 Crore i.e. US $ 97 million. Kunal Bahl, the CEO of Snap deal says, the company gets almost 15-20% of its total business revenue via e-commerce. In June 2014, Snap deal plunged a deal of more than 1000 sellers on its business platform, achieving a sales turnover of 1 Crore each. Snap Deal is also one of the best online portals for displaying Indian handicrafts on a global platform. The sales turnover of handicraft items has increased by leaps and bounds with the online biggie. It helps small scale entrepreneurs, catch hold of bigger markets. This is only possible through the exposure you get on World Wide Web.

How it all started off?

When kunal was studying in Pennsylvania. He had been an avid food lover since childhood. He was always on the look-out for finding restaurants and hotels which offered him food at 30 - 40% discounted rates. Though his search, led him to good hotels, he still could not afford a meal of 30-40$ per plate. This led him to search for dearth cheap deals or coupons, with which he could satiate his gastronomic indulgence. There was this particular publication named ‘Entertainment Publication’ in the US, which slashed off hotel bills up to 50% on the total bill. It gave him a great chance to taste some the world’s best culinary items at half the price, which customers had to other wise shell out on their meals.

No one knew at that point of time that a $1 billion dollar worth business idea was stirring in his mind. On his return to India, he started an offline food coupon service. This was during the year 2006. Subsequently in the year 2007, he launched Snap Deal with a similar concept in mind.

I live and travel to eat, says the 31 year old Bahl, when interviewed by E T Panache. He says, he travels most of the time just to eat. He spoke these golden words over a four course meal at an upscale fusion restaurant named ‘Indian Accent’, situated in New Delhi, the capital city of the country.

Under the dynamic and able leadership of Mr. Kunal Bahl, Snap Deal has gone way ahead of other group on sites. It has recently launched corporate gift vouchers. Employees are no longer satisfied with medallions or badges, in recognition of their superior quality work. They are always looking for something or the other extra. With this aim in mind, Kunal launched the Employees Offer Scheme, wherein the company provides Snap Deal vouchers. With these vouchers, you as an employee can redeem the same at leading spas, salons, restaurants, for movie tickets and a lot more.

According to the co-founder of the online firm, these vouchers can be a fulfilling experience for employees, wherein even their esteemed family members can en-cash on the exciting rewards earned by their respective spouses.

As far as rewards and recognition goes, Kunal has been instrumental in helping Snap deal bag an award as the best group on site in Bangalore. There is more to go, for the young and inspiring entrepreneur Mr. Kunal Bahl.

Mr. Kunal Bahl is married to Yashna and they both are known to be good foodies.