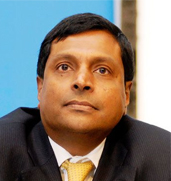 T K Kurien is fondly known as TK. He is a very well known chartered accountant in our country. TK is currently the Chief Executive Officer and Executive Director of Wipro Ltd. TK is also a member of Wipro Corporate Executive Council. He took over the position of a CEO, ever since February 1, 2011. He is now serving the Information Technology business at Wipro Ltd.. Prior to taking up the position of CEO at Wipro; he was heading the Eco energy and health care of Wipro Ltd. from January 30, 2003 up until April 1, 2010. He was also taking care of Global Strategic services and consulting group of the IT biggie.

Mr. Kurien has laid his best step ahead and contributed to the growth of Wipro. A CEO, who has faced the challenges within the company with a strategy, Mr. Kurien now plans to bring in some major improvements and also create a subsidiary for the cloud computing services. The firm under his leadership is also looking ahead to the automating of its commoditized information technology (IT) businesses and is also planning to boost its operations on site by hiring more employees at their client locations.

T K Kurien is born and brought up in Bangalore. Mr. Kurien completed his studies from the Hyderabad public school. He is a chartered account by qualification, and he is a member of The Institute of Chartered Accountants of India (ICAI). He has also done his Master’s Degree in Business Administration from Hyderabad School of Business. Prior to joining Wipro, he served as the CEO of GE X Ray. This was from October 1997 to January 2000. He was the CFO of GE Medical systems South Asia. He is a Chartered Accountant by profession. On a personal front, he loves reading books on history and strategy.

The penultimate career spark of Mr. T K Kurien was when he joined Wipro services, in the year 2001. Ever since he joined Wipro, there has been no looking back. He has worked with different domains and departments within the same company. During his early years at Wipro, TK started the Telecom and Internet Service Provider Company, and he worked hard enough, to seek a significant growth in the domain, as such. There was a new segment added to Wipro services Ltd. in the year 2002. It was confounded as an emerging health care unit before it got into IT services, as the major line of business. In February 2003, Mr. Kurien became the Chief Executive of Health Care and Life Sciences. He headed the BPO division of the IT biggie between 2004 and 2008. He joined as the President of Eco Energy group at Wipro and finally has taken over the high profile and coveted post of a CEO. This was during February 2011.

Mr. Kurien has bagged the prized possession of the Global BPO Industry Leader Award, which was conferred to him by the International Quality and Productivity Center (IQPC) during the year 2007. This was towards his stupendous performance, representing Wipro’s BPO domain. His leadership qualities should be a source of solid inspiration for youngsters and the present generation in achieving big. And he has bagged an award from the UN for promoting gender equality. Not all men would like women to take over high profiles in the industry. But he was one out of the ordinary to have encouraged women to come up in the society.

Some of the business forums in which Mr. Kurien has actively taken part in

a)The Nasscom India Leadership Committee held a business conference between 8th February 2011 and 10th February 2011, for which Mr. Kurien was elected as the speaker.

b)He has participated in the World Economic Forum’s Annual meeting, which took place in Davos during February 2011.

Wipro as a company

Wipro was started under the name of Western India Vegetable Products Ltd. as on 29th December 1945. The unit was started by Mohammad Premji. It was set up as the manufacturer of vegetable oils and refined oils, catering to the state of Maharashtra.

Today, a company that started off as a vegetable oils unit stands as the biggest multinational IT and Systems Integration Company having its headquarters in Bangalore, India.

His present journey and major accomplishments with Wipro Ltd.

There has been a series of advancements in Wipro, ever since Mr. Kurien took over as the CEO of the company. The country’s third largest IT Company Wipro has partnered with software major Adobe, for creating integrated marketing, commerce, analytics and customer experience solutions.

The partnership will help the firm in bringing joint progress in terms of delivering next generation digital marketing solutions and enhance Wipro’s leadership in helping enterprises build customer rich experiences, enable customer insights and bring products and services to the market faster were the golden words as quoted by Wipro CEO and member of the board in the business forum meet, wherein Adobe and Wipro were visioning with a joint venture.

Under his leadership, Wipro has bagged several projects of excellence. Wipro has launched a Center of Excellence (COE), for Oracle Engineered solutions in Bangalore. This CEO is aimed at providing application modernization and data consolidation of financial services telecom, retail, utilities and other manufacturing spectrums.

The Wipro CEO, Mr. T K Kurien has been instrumental in developing an integrated solution framework to optimize, migrate and deploy engineering systems created by Oracle group including Oracle Exalogic elastic Cloud. Wipro is also betting on two of its finest verticals namely, financial services and oil and gas sectors for scouting opportunities in Canada. And as an esteemed CEO and Executive Director of Wipro, T K Kurian feels Canada is an eminent geography to provide global opportunities to Wipro-India’s third largest software exporter.

A man known for his domineering contribution to the IT and BPO industry has a long way to go!

Mr TK lives in Bangalore with his wife and son.