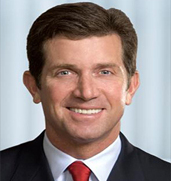 The most important driver of our success regarding our results, reputation, and performance has to do with the strong dedication and commitment of the employees…

A champ of multiplicity in the workplace, Alex Gorsky is an American businessman. He assumed the position as the Chief Executive Officer of Johnson and Johnson since April 26th, 2012. Johnson and Johnson deals with baby care products. J&J is synonymous with soaps, baby powder, diaper rash creams, baby oils, diapers, wet wipes and other fast moving consumer goods (FMCG) related to baby care. J & J has been in the market for more than 100 years from now, and the company is headquartered in the United States of America.

Mr. Gorsky is a past marathon runner and tri-athlete. His zeal includes his family, American and English literature and fitness.

Alex Gorsky was born on the 20th of March 1960 and is currently 53 years old. He was born and brought up in the New York City, NY. Alex Gorsky completed his Bachelor’s Degree of Science at US Military Academy, West Point, New York. Mr. Gorsky is also known to one and all as the former marathon runner and is a tri-athlete. Some of his passions include family, his fitness and the American and English literature.

He spent around 6 years serving for the US army. During his career as an Army officer he has served in Europe, the United States and Panama. In 1996, he obtained his Master’s Degree in Business Administration from the Wharton School of University of Pennsylvania. He finished his career at the Army with the rank of captain and earned the Ranger tab and Airborne wings.

In 1988, he spent about 8 years performing various senior level roles and management positions at Janssen Pharmaceutica, and in Johnson and Johnson unit based out of New Jersey. He joined Novartis Pharmaceuticals Corporation in 2004 as Chief Operating Officer and Head of General Medicines.

He was appointed as Head of Pharma, North America and CEO during the year 2005 at Novartis group. During his tenure, he has developed several medical strategies and has won several awards and accolades at Novartis and its franchises.

He later on rejoined Johnson and Johnson, which he had previously left in New Jersey and joined other leading Pharma companies as stated above. When he rejoined J & J, a pharma biggie, he was appointed as the worldwide chairman of the surgical care group of J & J. He was the chairman of the company’s pharmaceutical unit in Europe, Middle East and Africa. He was the worldwide chairman of the medical devices and diagnostics group at Johnson & Johnson, serving in that role until September 2009. He now serves as CEO. This describes his career stint of starting off in the Army and landing up as CEO of Johnson and Johnson.

His Journey with Johnson and Johnson

He started off in Johnson and Johnson Company as a sales representative way back in 1988. He had completed his career stint at the US army by then. He retired from the US military forces as the Captain. J & J was called Janssen Pharmaceutica then. He was in the same firm for almost 15 years. Over the span of his 1.5 decade career with J & J, he assumed increasing responsibilities in sales, marketing and management. As he had obtained a Master’s Degree in Business Administration from Wharton University of Pennsylvania, it was an add-on plus for his in his career spark.

Mr. Gorsky assumed the post of President of Janssen Pharmaceutica, and he was appointed the Company Group Chairman of Johnson and Johnson Pharmaceuticals business in Europe, Middle East and Africa. He subsequently left the firm to join Novartis group. Mr. Gorsky returned back to J & J in the year 2008. He was the Company Group Chairman for Ethicon. Then there has been no looking back for this ever dynamic and hardworking individual.

In September 2009, he was appointed as the worldwide chairman of Medical devices and Surgical Equipment group of J & J. Mr. Gorsky became Vice Chairman of the Executive Committee in January 2011 and finally bagged the CEO’s post in the year 2012.

As he has a very long stint at the pharma industry, and as a high patronage advocate of diversity and inclusion, Mr Gorsky was named Mentor of the year 2009 by Healthcare Businesswomen's Association, an organization he has been involved with for many years.

Mr. Gorsky has taken in responsibilities in different verticals of the industry such as administration, community affairs, Finance, Human Resources, Information Management, Marketing, Medical Affairs, Public relations and Process Excellence. You simply name the department, and he must have handled the unit at some point or the other in his entire career span. There are a couple of individuals rather CEO’s who just stick to their line of business. They don’t want to assume responsibilities in cross verticals. However, this individual has worked in all spectrum of business and has left no leaf unturned.

For the welfare of the society

He is actively involved in the National Alliance for the Mentally Ill, the National Alliance on Aging, the Philadelphia College of Pharmacy, the Doylestown Hospital Board, the Boy Scouts of America, and as a Youth League Coach for Lacrosse. Mr. Gorsky also serves on the boards of the Travis Mansion Foundation and the Congressional Medal of Honor Foundation. This shows his level of concern and love towards the mentally challenged and underprivileged sections of the society. He just wasn’t the easy come and easy go kind of person. He puts in sustained efforts and dedication to any project that he takes up.

For His company based performance in a nutshell

Mr. Gorsky took up the coveted CEO’s role in April 2012, but he was the guy behind achieving one of the biggest milestones, the company could ever think of. He facilitated the buy-out of Swiss device-maker Synthes, a $19.7 billion deal. The transaction was closed after a couple of months on Mr. Gorsky taking up the role of the CEO.

On the pharma side of the business, he helped J & J in releasing several new drugs at a time when other biggie Pharma companies in US were bogged down by recession. Prostate cancer pill named Zytiga and blood thinner Xarelto were big additions to the revenue making stream as such. Moreover, the company was one of the only four top drug-makers actually to grow sales last year, to $67.2 billion.

This was what Mr. Gorsky as a CEO accomplished, to making the company stand at a position where it is, today!