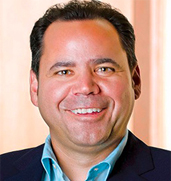 We have to get customers to buy product impulsively again, and to do that our product has to be that much better…

Focused on strategic direction of the company, Glenn K. Murphy is the Chairman and Chief Executive Officer of Gap Inc.

Glenn has documented the company’s growth platform, growing its task force of specialty, outlet and franchise stores from seven to nearly 50 countries and broadening its online reach to more than 90 countries.

The Gap Inc. is an American multinational clothing and accessories retailer. It was founded in the year 1969 by Donald Fisher and Doris F Fisher and is head quartered in San Francisco, California. GAP retail store deals with 5 varieties of brands namely Banana-Republic, Old Navy, Piper lime, Intermix and Athleta.

Gap Inc has surpassed Spanish based Inditex group, making it the world’s largest apparel retailer based on the total number of international locations.As of September 2008, the company approximately has around 135,000 employees and operates 3,076 stores world-wide of which 2,551 stores are located in the States alone.

Donald Fisher served as the Chairman of the Board of Directors until his death on 27th September 2009 to be permanently occupied by Glenn K Murphy as the CEO.

Mr. Murphy is 51 years old now and he holds a BA degree from the University of West Ontario. Mr Murphy started off his career at A C Neilson. With more than 20 years of retail experience, he successfully led diverse businesses and chain of brands on food, health, beauty and books. He served as the Chief Executive Officer and President for the Retail Division of Chapters Inc. following a 15 year period with Loblaw Companies Limited during which time he held positions of increasing responsibility, including terms as Executive Vice President of Loblaw's supermarket business and Chief Operating Officer of Provigo.

Earlier to Gap, Mr. Murphy served as the Chairman and the CEO of Shoppers Drug Mart Corporation from the year 2001-2007. He also served as the CEO and President for the Retail Division of Chapters Inc. which followed by a period of 15 years with Loblaw Companies Limited. It was during this period that he had held various positions like the Executive Vice President of Loblaw's supermarket business and Chief Operating Officer of Provigo. He also serves as the President of the Yellow Pages Income Fund.

His Journey with Gap Inc

Ever since he took over the merchandiser biggie as the CEO, there has absolutely been no looking back. Recently the president of United States of America, Barrack Obama, himself visited the store to buy a cute looking dress for one of his daughters out there. He was pretty impressed by the excellent level of customer service displayed by the team at Gap.

Glenn K Murphy just doesn’t wait for lawmakers to reinforce employee pro policies. He has himself introduced to give away $9 per hour for every extra hour spent at the showroom as such. And planning to increase the wages to $10 per extra hour post June 2015. Murphy feels the retail industry is very complicated. He had already led a Canadian drug pharmacy store forming a part of his career stint. The company’s board then had decided to increase its wages higher than its competitors to retain employees and keep them well motivated.

This was the main idea behind introducing a similar scheme for Gap as well. The tremendous turnover generated by retail giants required employees to spend longer hours of stay at the work place or factory outlet. When nothing is provided as incentives, employees get bogged down. Merely paying them monthly or fortnightly wages simply does not solve the purpose.

This is when he took a smart business move of increasing the per hour wage rate so that employees working in the concern are kept well motivated. The extra income earned by them in terms of extra over-rates can help them meet ends better. This was the main idea behind increasing the hourly wage rate from $9 to $10 which will be operative post June 2015.

Currently with the new business move chain outlets at Gap, Banana-Republic, Old Navy and Athleta will benefit from the proposed hourly wage rates.

With the new set of reforms brought out by the current CEO, Glenn K Murphy, the retail giant saw a whopping 29% increase in profits in the second quarter.

Murphy’s message to the younger generation and at a press meet held among investors is as follows:

“The success had to do with great product and how store associates were marketing product in stores, because of marketing investments we were creating demand for our products on the very first day. We are still committed to making thoughtful investments in marketing to drive our holiday campaign. We're marketing online, in social media, in stores. We have people testing new ideas in stores”, he was quoted as saying.

Youngsters can look forward to icon’s messages to the world in helping them aspire in life and become future CEO’s or entrepreneurs. He is still striving hard to keep the business in sync with the changing trends in the market. He encourages new comers and fashion conscious youth employees to contribute their ideas and suggestions to the firm and incorporates fresh ideas. This is how the industry still thrives in the ever changing dynamic business environment.

What started off as an ordinary Levy store way back in 1969 merely selling denim jeans and denim shirts has now grown to be operating 6 different brands across various retail chains worldwide. This was made possible by the efforts of the retail giant who has more than 4 decades of experience in the retail chain and marketing industry as such.

No wonder, Gap Inc. is now recognized as a global conglomerate and even listed among the fortune 500 companies on NYSE. NYSE stands for New York Stock Exchange.

All big giants come from a humble beginning. Just that they tread roads less travelled and pave a pathway for all of us to follow. If we all follow the simple ideologies these guys have come up with, all of us can be a something in the society than merely surviving.