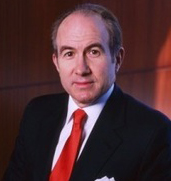 Being known for returning Paramount to profitability and raising Viacom's cable-TV ratings, Philippe Pierre Deuman is the president and CEO of Viacom. Viacom Incis a shorted form of Video and Audio Communications. It is an American Mass media company with interests primarily in cinema and cable television although not limited to only these two areas of telecommunication. It is the 5th largest telecommunication company in the world in terms of revenue just next to Comcast, The Walt Disney Company, Time Warner and 21st Century Fox respectively. There is a privately owned theater company managed and owned by a billionaire entrepreneur named Sumner Redstone. The theatre company subsequently is named National Amusements Inc. It is this company which holds large segment of copy rights of Viacom Company as well.

Viacom was spun off from CBS Corporation which invariably changed the name of the mega theater and telecommunications company from Viacom to CBS Corp post amalgamation.

Philippe P Deuman was born on the 1st of March 1954. He is presently 60 years old. He was the son of ‘Life Magazine’ photographer Henry Deuman and grew up in New York. His parents belong to France. At the age of 13, he scored the highest in SAT exams while he earned $1600 as scholarship money. It is a pretty big sum in those days.

He did his graduation from the Columbia University School of Law in the year 1978 and went on to work for a law firm named ‘Shearman and Sterling’ where he earned $25,000 as an associate. He worked for two years in the firm’s Paris office. He then returned back to New York to join the corporate group headed by partner Stephen Volk. He was handling the routine 13D form filing with the partner’s client Sumner Redstone in 1986 who is also a poker player. He then became a close confidante of the billionaire and start counseling him on running of his group of companies finally to bag a seat on Viacom’s board of Directors.

The penultimate spark for Philippe P Deuman came 6 years later when he was asked to join Viacom as a senior vice president and general counsel and was offered a pay package of $553,000 as salary along with a bonus amount of $900,000. In 1994, he earned $2.3 million along with option worth lot many millions more.

In 2009, he had a tie up with Bill and Melinda Gates Foundation to start off an educational initiative in the name of ‘Get Schooled’. It was an initiative undertaken by Mr. Deuman personally to raise awareness of crisis among America’s public schools. He also hosted the conference programme at the school campus on 8th September 2009.

Deuman is also a director of Lafarge and on the board of Directors representing KIPP foundation, a national network of free, open-enrollment, and college-preparatory public schools in underserved communities. He is a member of Academy of Motion Picture Arts and Sciences, a member of the Business roundtable, and serves as the Executive committee member of National Cable and Telecommunications Association.

A person who runs the director and CEO of a telecom biggie like Viacom which also produces its own set of Hollywood block buster’s and documentaries including theater is also involved in a multitude of activities to serve the society as such. Such is the greatness of the 60 year old gentleman. This shows the pure qualities of that of a philanthropist. “Don’t lead a life just to maintain your own selfish ends but lead your life to serve the society” seems to be his dictum in life and a message to the society. That speaks volumes about the personality of an individual than simply running the show as a top board member of Viacom is just not enough.

He participates in the Board of trustees organized by Paley Center for Media. He belongs to the board of trustees running a philanthropic non-profit organization named North Shore Long Island Jewish Health Foundation System. It is a healthcare network that now includes 17 hospitals providing rehabilitation and skilled nursing facilities, a home care network, a hospice network, and progressive care centers offering a range of outpatient services. He holds the profile of an Executive director at the Lenox Hill Hospital and is an active alumni and belongs to the Dean council of Columbia University school of Law.

He holds participation in several health care and educational initiatives and this innate feature brings out a multitude of virtues in a living legend like Philippe P Deuman. Youngsters can look forward to catching hold of the icon in shaping their career and learning how to serve the society as such.

His Journey with Viacom

Mr. Deuman has been serving with Viacom which was then a part of the CBS group in 1987 and until September 5 2006 wherein he was appointed as the President and CEO of the telecommunications biggie. For almost two decades from now, he has closely been associated with the running of day to day affairs of the company as such. He took a tough stance on the reproduction of Viacom’s content when Viacom sued You Tube in March 2007. Dauman discussed copyright issues with YouTube co-founder Chad Hurley and was interested in working out a deal. Dauman and Chad could not agree over advertising terms however.

Always make use of an active voice when writing your proposal sample. You are going to be guided through the procedure of creating your own personal sample grant proposal and a facilitator will critique your time and energy.

This quote is very much true. When you have worked all the way through to develop an initiative, there will be someone who will always try to drag you down and you should never give room for that.

Philippe P Deuman was born on the 1st of March in the year 1954. He grew up in the city of New York and is the son of the photographer of the Life magazine, Mr. Henri Deuman.

It was in the year 1970 that Mr.Deuman got married to Deborah Ross in an Episcopalian church and the couple has two children named Philippe Jr and Aleixandre. The living legend has a long way to go and lot of milestones to achieve.

He says that “Before I go to bed I watch The Daily Show and The Colbert Report. It doesn’t make me think about work issues. I love television. As a kid I watched excessive amount of television, and it didn’t do me any harm.”