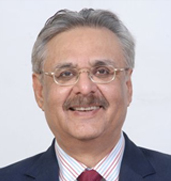 ITC has forayed into other forms of businesses as well.

ITC Aashirwad, Sun Feast, Yippee, Candy man and Bingo are the popular brands associated with the tobacco biggie. ITC is India’s third largest seller of branded foods with a sales turnover crossing over 4,600 Crore in the year 2012-2013.

ITC sells its products on apparel through Wills Lifestyle and John Players brand.

The ITC brands include Classmate, Paper Kraft and Color Crew. Launched in 2003, Classmate went on to become the largest notebook brand in 2007.

The other brands ITC has marked footprints in the hotel industry, packaging industry, safety matches and incense sticks and finally the coveted IT industry. The ITC Pvt Ltd has thus left no leaf unturned.

Y C Deveshwar was born on the 4th of February 1947 in Lahore, British India. He did his B Tech in Mechanical Engineering from the Indian Institute of Technology, Delhi. He completed his engineering degree in the year 1968. Y C Deveshwar joined ITC ltd in the year 1968. He was appointed as a Director on the Board of the Company in 1984 and became the Chief Executive and Chairman of the Board in 1996..

There is media speculation that he might step down in 2010. In March 2010, Kurush N Grant was appointed to the ITC board. Two other new directors namely Nakul Anand and P V Dhobale were further included to the Board.

Mr. Deveshwar recently bought a bungalow at South Central Delhi for almost 85 Crores. This is the highest net worth of a salaried employee going in for such a plush property. The property has been named “Shantini Ketan”. The transaction is an all cheque transaction as per insider reports. The particular transaction is such a rarity in a commercial hub like Delhi where the property value is up front paid in cash. This is the news pertaining to the chairman of ITC more on the personal front.

• He was the Former Non Executive Director with the HT Media Limited. He was also the former Chairman and MD at the Air India Limited. He acted as the Director for International Travel House.

• He is presently serving as the chairman and the CEO of ITC Foods Limited.

His Journey with ITC

Y C Deveshwar joined the tobacco based FMCG way back in 1968. He joined the Board of Directors in the year 1984 and finally became the coveted CEO of ITC in the year 1996. He held his position up until 2010 before two other directors named Nakul Anand and P V Dhobale were further introduced to the board.

Y C Deveshwar joined the tobacco based FMCG way back in 1968. He joined the Board of Directors in the year 1984 and finally became the coveted CEO of ITC in the year 1996. He held his position up until 2010 before two other directors named Nakul Anand and P V Dhobale were further introduced to the board.

Today FMCG alone contributes to 5000 Crores worth turnover which has been made possible with the simple man’s efforts. In the hotel industry, ITC range of Sheraton hotels occupies a top slot. In paper and packaging ITC stands the best. He said that ITC tops the list as far as agricultural industry is concerned. He says though FMCG’s estimated value stands at 5000 Crores; the good will earned by the company over other competitors exceeds 10,000 Crores or even more. Such a wide potential has brought about by the great man.

He is a man who has led the synergy within different growth segments.

In an exclusive interview held by a popular business forum, Mr. Y C Deveshwar was specifically asked to differentiate between the number one player and ITC.

His immediate reply was that the firm was at 5000 Crore worth FMCG. This is excluding the tobacco business while the number one player stands at 15,000 Crore turnover in FMCG. He also said that the firm was not lagging behind in a massive way. He also emphasized on the good show put up by ITC in the field of Education and Scholastics, Agarbatti business, food businesses, etc.

He categorized food businesses into various segments such as staples and spices, ready to cook subjis and condiments, biscuits, confectionery, and Noodles named Yippee. Thus within a short span of time, he marketed the food business of ITC by leaps and bounds.

He wants to establish goodwill in India, which is what brings pride to the nation. A premiered institute like Harvard would not have conferred a 7th position on this guy for nothing. It definitely means there is some substance in the guy running the show.

During the career stint of Y C Deveshwar with ITC, the company’s profits grew from 260 Crores to 4000 Crores which is not a simple feat at all.

People see Mr. Deveshwar as the face of the company as such. In tough business decisions and difficult situations, everyone flock to this guy. But on the whole, each division has a separate CEO.

The guy behind ITC’s coveted FMCG still has a long way to go and many more milestones to achieve.

Y C Deveshwar was born on the 4th of February in the year 1947 in Lahore, British India. Mr. Deveshwar is married to Bharati Deveshwar.