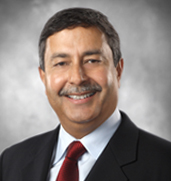 The trend of mobility and continuing growth of Smartphones worldwide is really helping ...

Named as 2013 CEO of the Year, Sanjay Mehrotra is the co-founder of SanDisk, which is presently headquartered in Milpitas, California, US. Mr. Mehrotra is also the President and CEO of SanDisk, which is known as the Global leader in designing as well as manufacturing of flash memory storage solutions, one thing which is very much in common for both the Smartphone as well as tablets. It is a Fortune 500 and an S&P 500 company.

Mr. Mehrotra has co founded SanDisk in the year 1988 and has been serving as its CEO and its Executive Vice President of Engineering. It was under his guidance that SanDisk has improved and laid its focus into the SSD (solid state drive) Solutions and has implemented various new growth strategies for the mobile as well as the computing segments. He had a major role to play in the establishment and the emerging within the retail markets and driving the investment into the NAND scaling as well as post-NAND technologies.

Admired as a proven thought leader, team builder and facilitator, Mr. Mehrotra is accomplished at fostering an atmosphere that encourages highly talented professionals to balance high-level skills and maximum production. He is stellar in improving processes & procedures to drive revenue and efficiency. Talking about SanDisk, Sanjay Mehrotra stated, "I believe it will make the market grow faster and certainly accelerate SanDisk"s leadership position in enterprise storage."

Sanjay Mehrotra, who hails from India, has completed his bachelor of Sciences as well as his Masters in Electrical Engineering and Computer Sciences from the University of California, Berkeley. He completed his graduation from the Stanford Graduate School of Business Executive Program (SEP).

Mr. Mehrotra also has more than 70 patents to his credit and also has a number of published articles within the area of non-volatile memory design as well as flash memory systems. He also has various recognitions which include the Outstanding Alumni Award in the year 2013 which has given by the UC Berkeley, and he was also a joint recipient of 2006 IEEE Reynold B Johnson Information Storage Technology Award.

Sanjay Mehrotra also has about 30 years of expertise and experience with non-volatile semiconductor memory industry which also includes engineering positions with SanDisk, Integrated Device Technology, Inc, Intel Corporation and Atmel Corporation. He is also a part of the Advisory Board of Directors of Cavium.

SanDisk Corp was co-founded by Mr. Sanjay Mehrotra in 1988. He has been the chief executive officer since January 2011 and the president of this company since June 2006. He has been serving SanDisk Corp. in many positions which include vice President, Chief Operating Officer, Vice president of Product Development. He has an overall experience of 29 years in the field of non-volatile semiconductor memory including engineering management positions at firms like Intel Corporation, Seeq Technology, Integrated Device Technology and Atmel Corporation. He has also served Cavium Networks Inc and SanDisk Corp as director. Holder of several patents and published many articles on non-volatile memory design and Flash memory system Mr. Mehrotra received a B.S and M.S degrees in Electrical Engineering and Computer Sciences from the University of California, Berkeley. He also serves as a board member of Divio and the Engineering Advisory Board of the University of California, Berkeley.

His Journey with San Disk

SanDisk Corporation, which was co-founded by Sanjay Mehrotra, is known to be an Israeli American multinational corporation which is into development and manufacturing of flash memory storage solutions as well as software. The company was founded in the year 1988 by three individuals, Dr. Eli Harari, Jack Yuan and Sanjay Mehrotra, who happen to be experts in the technology of non-volatile memory. The firm which is based in Silicon Valley has more than half of its sales from outside of United States and the products of which are sold at about 100 countries.

SanDisk, in the month of November 1995 went on to become a publicly traded firm on NASDAQ and the market capitalisation of the same in the year 2013 August was about US$14 billion. SanDisk was earlier known to one and all as SunDisk. It was in the early days of formation that the founders realized that digital cameras needed more of the flash memory and the same is with the mobile technology. Later, Sanjay Mehrotra offered the technology of removable memory card to Kodak to include the same in their digital cameras in the year 1988. Though Kodak accepted the product, the three year contract was not taken up by the founders of SanDisk. They later went ahead to grow with the growing competition and made some corporate acquisitions as well. Some of the acquisitions which were taken under the leadership of Sanjay Mehrotra are, SMART Storage Systems which was acquired in the year 2013, Schooner Information Technology, Inc in 2012, FlashSoft Corporation, a provider of innovative caching software products in 2012, Pliant Technology, Inc., a developer of enterprise solid state drives in 2011, msystems Ltd and Matrix Semiconductor, Inc in year 2006. They are also expected to close a deal on acquiring the firm Fusion-io Inc. which is expected to take place in the third quarter this year.

SanDisk at the present holds more than 2000 patents, 1100 of them foreign and about 1100 patents related applications which are still seen pending with the US.

Mr. Vishal is married and stays with his wife and children in California.