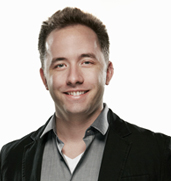 Dropbox is not just about storage, there are lots of other big problems that are important ...

Drew Houston is the Co-Founder and the CEO of Drop Box, an online file storage service and cloud hosting service. DropBox is a worldwide service whose headquarters are situated at San Francisco, California. It is a special service through which the users can create a special folder on their PC or mobile phone and save several folders in it. This file will be accessible to the users through the website of DropBox on the computer or through the application in the mobiles of the users. Neither Drew nor his partner friend imagined that an idea which was out of college would turn into such a helpful tool for almost everyone who wants an online file storage service. The idea and the fresh concept of DropBox were well accepted by everyone and it went on to become the most used site for online file sharing and storage website.

Houston founded DropBox in 2007 along with Arash Ferdowsi, his fellow-founder and developed it to a great extent that at present, it's being recognized as one of the top 50 most innovative companies in the world. Before he founded his company, DropBox, he worked on a number of other applications such as Accolade, HubSpot, etc.

Houston was born on March 4th, 1983 in Acton, Massachusetts. He celebrated his 31st birthday on the 4th March of this year being one of the youngest innovative and most creative CEOs in the world. He went to Acton-Boxborough Regional High School in the 1990s and later holds a degree in Computer Science from the Massachusetts Institute of Technology (MIT), Massachusetts. He was also a member of the Phi Delta Theta fraternity (originated at Miami University in 1848) from his college.

At MIT, he met Arash Ferdowsi and the existence of DropBox happened gradually founded by these two creative minds. In the process of finding DropBox, he also worked as a Software Engineer at Bit9, Co-CEO at Accolade and as a Developer at Soft Servo.

Drew Houston is the Co-Founder and the CEO of the most emerging companies of present-day world, DropBox. He founded DropBox in 2007 and its being recognized as the one of 50 most creative and innovative companies in the world by Technology Review, the magazine.

He was also invited by his college, MIT, to give a guest-lecture in June 2013. He gave advice to his junior friends to mingle with people from whom we can learn and get inspired. He added his personal experience of meeting Arash, his co-founder without whom DropBox would not have been as successful as it is now. He added that your friends' circle determines your character as in what you want to be and in what position you want to be. He said that he met Adam, one of his close friends, who were also an inspiration to him to start-up an amazing application such as DropBox. He advised on choosing the right path and aiming at succeeding your goals instead of searching for useless enjoyments and infatuations that youth usually has. He added that MIT is such a place to find more of inspiring and creative people and one can have the best circle here and be an over-all developed person.

Drew Houston has been serving DropBox as a Co-Founder and CEO of the start-up. He strived hard along with his fellow-founder, Arash Ferdowsi. He brought up the value of the company or say start-up to the level of being one among the most innovative and competitive set-ups in the world. He always wanted to see the growth of DropBox in all aspects that mainly concentrated on user reviews and ease in the usage of the application to transfer files from more than one computer to others.

He, once stated that "Learn early, Learn often", which shows his dedication towards developing his start-up and also at being in a higher level in a very short span, at the age of 31 years. He stated his success statement like "Don't worry about failure, you only have to right once." This shows that he never bothered about being a failure many times but concentrated more on being a successful man for just once which is more than enough for a lifetime.