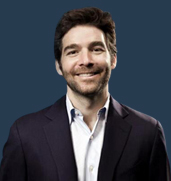 LinkedIn is increasingly becoming a very strong place for companies to develop their talent & recruitment plans ...

Jeffrey or Jeff Weiner, the CEO of LinkedIn - world’s largest social network for professionals with about 200 million members around 200 countries. He is known as the toast of the Silicon Valley has been on the cover of Forbes. A person who believed that there has to be a serious approach to the social networking and started LinkedIn which is indeed a place for serious people to do serious business. Jeff also very likely fits in well like his business model as he isn’t sociable and would never let out information about his favourite car or where he goes on a holiday.

Linkedin in his words is a separation of business from personal lives. This is one place where users can get connected with their boss, colleagues as well as potential employees without the worry about what if they get to see some embarrassing pictures like the ones which are littered in facebook.

Linkedin now is known to have 43 million members worldwide with about 2.5 million in the United Kingdom and the new members are joining the site at a rate of one member in a second.

He has got many achievements and recognition in his small career, Ernst & Young LLP Entrepreneur of the Year, Silicon Valley Business Journal the best executive of the year in 2012 and Ernst & Young LLC National Entrepreneur of the year Overall Award. He started on LinkedIn as an Interim president in December 2008. Jeff then becomes the Chief Executive Officer in June 2009. In 2011, Jeff became the CEO and 2012, the Independent Director Intuit.

Jeff Weiner got 100% rating in a Job and Career website of Glassdoor.com new report list of the 2013 highest rated chief executives. He also enjoys strong level reputations against other rankings like Ford Motor CEO, Starbucks Corp CEO and many more.

Weiner is also known to be involved with several non-profit sectors and also serves on the Board of directors of Donorschoose.org and Malaria No More.

Jeff Weiner is a 44 year old American Businessman from the US, who holds a B.S in Economics from The Wharton School of University of Pennsylvania, the class of 1992. As an internet executive he has 18 years of experience including the management of mid level to large size organizations, corporate development, business operations, product development and strategy.

Late nineties, Jeff started his career at Warner brothers Online and Entertaindom, which is the first website of an entertainment destination on the internet. Following he moved on to Yahoo! Search engine giant where he became the in-charge of Corporate Development merger and acquisitions part. Over seven years, Jeff handled various top positions in the company. During this period, in the network division of yahoo, he has helped in developing the search engine technology of the company and led the team that purchased AltaVista, Inktomi and FAST.

In 2008, Jeff left Yahoo and joined Accel partners and Greylock Partners where he served as Executive in residence. That year, the Greylock partners with other venture alongside capital firm purchased LinkedIn 5% stake for $53m, by giving a post- money valuation of the social networking site of $1bn, later joining LinkedIn in December 2008.

His Journey with LinkedIn Corporation

Mr. Jeffrey Weiner has been the LinkedIn Corporation Chief executive officer since June 2009. When he became CEO, the co-founder of LinkedIn, Reid Hoffman remained as the executive chairman. That time Jeff said, ‘Working closely with Reid and his team over that last six months exceeded all of his expectations coming into this company. I could not be more excited about the progress till date and the coming opportunities ahead for us’. Jeff was more concerned over the Facebook having more users than LinkedIn, soon after his appointment. Then he realized and said, he is not worried about the member’s quantity but the quality. He then added that 80% of users are university educated, but 60% only have decision making ability. These types of users are advertisers attracted to.

In 2010, LinkedIn received an investment of &20 m form Tiger Global management LLC and the company completed Mspoke acquisition and in private market, the company got a value of $1,575bn. In May 2011, the company started their debut trading with a huge successful public offering. The first shares on the NYSE was valued $45 each, it is the first day LinkedIn individual stock value rose to 171% and at $94.25 closed, which is more than 109% above the price of the IPO.

Following the success, LinkedIn reported an increase of 120% in revenues for the second quarter and promoted speculation that the other internet companies also will file an IPO. Despite of some security breach issues of members password, Linkedin allowed the potential employees to access the member information and implemented new features in the site, like notifications additions and the ability to follow the highest profile figures. Jeff looks future with the vision to create economic opportunity for every professional.

Jeff Weiner is married and his wife hails from Europe. The couple has a kid from their marriage. He likes to spend his leisure time with this family or by playing golf, and he was seen stating in an interview about playing gold that "but I don't play enough to have a handicap".