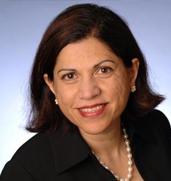 The future technologies that Intel is developing can help people appreciate computing much better with touch and gesture capabilities ...

Kumud Srinivasan is the President and General Manager of entire Architectural Group of Intel in India. Intel is a world leader company in computing innovation which designs and builds the indispensable technologies that serve as the basis for all the world’s computing devices. Ms. Srinivasan who is presently based in Santa Clara, she is the first Indian Woman president of Intel in India.

A person who believes that India as a country of the most important non-manufacturing sites. Her initial priority lies in ensuring smooth transitions within the company. She also believes that the change can always be disruptive and she has a clear vision to take India to the next level and make it emerge as a centre for innovation. Kumud Srinivasan has been working in the IT sector for more than 25 years now and she always ensures that the engineer at Intel get the needed computing power which in turns help to develop the next generation products.

She was born in India and has lived her life in the past 25 years in the IT world by concentrating at dissimilar times in the office, manufacturing and some other design operations with Intel. Intel is also the largest non-manufacturing site outside the US. Prior to the profile of President, she was a vice president in IT sector and she has also been a highly reputed IT manager in Silicon and services at Intel where she managed the delivery of IT solutions with Intel hardware and software engineers.

As far as her education and early days are concerned, she had got a bachelor’s degree in Economics from Calcutta University in the year 1981. Apart from Bachelor’s degree, she has also earned a master’s degree in the info and library science from a well-versed university named Syracuse in the year 1984. From the University of California in Berkeley, she had finished her doctoral coursework in the information science. Moreover, at present she is a member of Executive Advisory Board of MokaFive, who is an evolving leader in the mounting desktop industry. Along with this, she had also been a board member since 2010. She is responsible for the general management of all the Intel's operations in India which embraces the location’s complete strategy, business-enabling procedures, organizational expansion, engineering and origination for the market development, as well as for the managing relationships with the government, industry and the academia, etc.

She is also the member of the leading Body of the global Institute of Information Technology which is positioned in the place of Bangalore. Apart from this, she also serves on the India Council of the Institute named Anita Borg.

Since October 15, 2012, Ms. Kumud M. Srinivasan has been the president of Intel India at Intel Corporation. She has also consecutively served as the Vice President of Technology and Manufacturing Group. At that time she spent at the corporation and served as the Vice President of Information Technology, General Manager of Platform Engineering Capability at Intel Corp; she also served as General Manager of IT Engineering of Intel Corporation. Ms. Srinivasan oversaw the development of Intel IT corps and subsequently also worked in making applications and solutions, such as networks, PCs and servers, security and manageability, engineering and office computing, enterprise resource forecast and alliance, data management and warehousing much more effective and functioning.

She has also garnered immense experience from her previous stints in other big names like Chevron Corp. this experience is also backed by her education that she completed from various top institutions of the country and beyond. She did her bachelor's degree in economics from Calcutta University in 1981 and her master's degree in information and library science from Syracuse University in 1984. In addition to all these degrees where she received various accolades, she also went to the University of California, Berkeley for completing doctoral coursework in information science.

His Journey with Intel

As far as her journey is concerned, the Intel Company has just announced the appointment of Ms. Kumud Srinivasan as the President of Intel India. She succeeds another famous person named Praveen Vishakantaiah who is changing his place to the U.S. as the Manager of Client Solutions and Technology group. This Company is a major design site for the Intel and it is one of the fastest-growing rising markets powering our growth. Prior to this role, she was a Vice President and the General Manager of IT for Silicon Software and Services and led the Intel’s internal full-service consulting observance.

She is married to the Google Executive Dennis Troper and has 4 children. Susan Wojcicki also is the sister of Anne Wojcicki, who is the co-founder of 23andme.

Ms. Srinivasan is known to be a member of the board of Advisors with the School of Information studies at the Syracuse University.