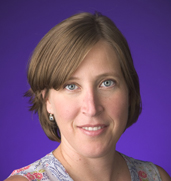 I think video advertising is a hugely compelling medium ...

Susan Wojcicki, who is the Vice President of the Product management for Google, oversees the advertising program for Google and is also actively responsible for the advancement of Google ads. Currently she is serving as the Chief Executive officer of YouTube, which was very recently bought by Google. Susan has been associated with Google from its very early days. She rented her garage from Santa Margarita Ave to students for $1,700 a month and her decision of this proved to be a life changing. The students who then started their firm Google are the Google guys, Larry Page and Sergery Brin. She initially started her career with Google as its 16th employee and is now one of its top ranked executives who play a crucial role in the online advertising business of Google.

Her idea of AdSense turned the complete web into a Google billboard, and there are also many entrepreneurs who really make their living out of Google AdSense. She was also one of those few employees who have been awarded with Google Founders Award intiated for creative and new ideas.

Susan Wojcicki was born on the 5th of July, 1968 at Santa Clara County in California, United States. She is the daughter of Esther Wojcicki who was an educator and Stanley Wojcicki who is a Polish American professor in physics.

It was stated by her mum that she expected Susan would be an English professor, but instead she was smitten by the tech bug. This interest in Susan started when she used to work with the software company MagicQuest where she worked post her college. She also worked with various firms, before she joined Google and one of which is Intel.

Susan Wojcicki presently serves as the CEO of YouTube. Susan Wojcicki served as the senior vice president of the Ads and Commerce division of Google Inc from April 2011. She also served as the Head of Advertising with Google Inc. Prior to that she served as the VP of Product Management with Google Inc and was mostly responsible for management of Ad sense along with the Google Book Search. She was also responsible for product management of Google Video and also for the marketing of various Google products worldwide.

Prior to working with Google, she was associated with Intel as a management consultant and worked on the same role with firms Bain & Company and R.B. Webber & Company. She also worked as a Product manager for a software firm by the name MagicQuest. She also worked as the Director of HomeAway from the year 2011 till December of 2012. Ms. Wojcicki also is the member of UCLA Anderson Board of visitors.

His Journey with Google

Google ads or Google AdWords as it is popularly known were the idea of Susan Wojcicki which was implemented quite brilliantly. Google AdWords was first started in the year 2002. She went ahead and launched the Google AdSense in the year 2003. If you come across any ads on popular pages like About.com or any of those ads with the column which reads “ads by Google”, then you for sure need to thank Susan Wojcicki.

Being one of the few employees of Google when it first started, she was also responsible for the refining of the logo of Google which was initially designed by its founders.

She is married to the Google Executive Dennis Troper and has 4 children. Susan Wojcicki also is the sister of Anne Wojcicki, who is the co-founder of 23andme.