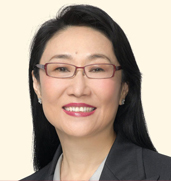 To tell the truth, we never think marketing is that important....

Cher Wang is the daughter of one of the world’s richest man, but she only made headlines with her multibillion dollar company. She is one of the powerful women executives in the male dominated world of technology and who is known to have made fortunes with her smart phones. She is the founder of HTC Inc and the smart phones which are produced by HTC are one of the six smart phones which are sold in United States. HTC now markets its smart phones under the brands of Verizon and Palm and also come with bundled services from famous providers like T-Mobile. HTC Inc also has reported revenues of close to $9.8 billion in the year 2010 and has seen a good growth as per the Forbes magazine.

Ms. Wang comes from Taiwan, where people call her by the name Wang Hsiueh-Hong. She hails from a technology dynasty where her father was the founder of Formosa Plastics Group, which is the plastics and petrochemicals conglomerate firm.

Cher Wang is born on 14th of September in the year 1958 to the couple Jiao Yang, Wang Yung-ching. Her father was known to be a wealthy man who founded Formosa Plastics. Coming from a strict family, Ms.Wang was known to have spent her leisure time by playing tennis or basketball. At this age of 55, Wang is known to be an avid philanthropist and also prefers to be away from the limelight. She has many accomplishments including her new found interest in Taiwan Politics. She has supported the President of Taiwan Mr. Ma Ying-jeou during the time of his re-election.

She has completed her studies abroad from the College Preparatory School from Oakland, California. She later continued her studies to complete her Masters in Economics from the University of California, Berkeley in the year 1981.

Cher Wang first served at the PC Division of First International computer Inc as its General Manager. She was known to be the driving force behind the company’s entry into the business of motherboards. She is one of those few women who have an incomparable experience with an enviable record in the industry of electronics. She was associated with First International computer Inc from the year 1980.

Ms. Wang has an extensive insight towards the technology trends and has good entrepreneurship skills, which helped her to establish various businesses related to the IT sector. She later took a step ahead and co-founded HTC corp. in the year 1997. She served as the Chairman of the board of HTC from June 20th of 2007. She is also the chairperson of HTC America and also serves as the acting Chairperson of High Tech Computer Corporation as well as VIA Technologies. She also served as the director of Everex systems along being its Chairperson.

Cher Wang is also an active part in the International Business Community, and she also participates as the Industry partner at the World Economic Forum. She is also a member of the APEC Business Advisory council.

His Journey with HTC

HTC was founded in the year 1997, and the company initially made notebook computers. After few years that the company was started, Ms. Wang and her partners felt that there was a need to shift gears to hand held devises as they showed good signs of being accepted in the market. This decision proved to be a smart one with HTC gaining revenues of about $1 billion in the most recent quarter.

In the early days of HTC, Ms. Wang has a responsibility to build healthy relationships with customers who also included wireless carriers and also those vendors whose products were needed by HTC. She was known to have spent a lot of time at the Silicon Valley, and it was during this period that she became close to the executives of T-Mobile which secured the right to make the first of its kind Android Supported Phone.

Cher Wang is married to Wen Chi Chen who is the CEO of VIA Technologies and blessed with two children.