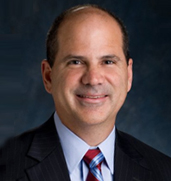 Agility, speed and innovation are some things that we're trying to focus on more...

At the age of 50, the story of Carlos A Rodriguez is indeed an American dream which is realised. A person who believes in hard work and who believes that education is the path to advancement now is the President and the Chief executive officer of ADP- Automatic Data Processing. ADP is a fortune 500 Payroll and a human resources company which had revenue of $10 billion dollars in the year 2011.

Carlos A Rodriguez is a person who was and who till date plays a very prominent role with the day to day operations of ADP. Mr, Rodriguez has succeeded Gary Butler who has retired from ADP after a service of 37 years. With a focus towards generating sustained revenue, Carlos A Rodriguez holds in-depth understanding of dynamic and changing markets.

“A dream doesn't become reality through magic; it takes sweat, determination and hard work”. Carlos A Rodriguez can be taken as an example for this quote being highly successful in building relationships with the upper-level decision makers, grabbing control of critical problem areas, and delivering customer commitments.

The firm ADP has made its commitment to become the “Employer of Choice” and they hope to see this dream come true under the supervision of their president Carlos A Rodriguez. Mr. Rodriguez believes in creating an environment where employees can be satisfied with their work as well as opportunities. He says ““We offer our associates challenges, opportunities for advancement, competitive compensation and benefits, and training and development in a fast-paced business environment that is also sensitive to work-family and flexible schedule needs. Our goal is to be the clear Employer of Choice for our current and future associates.”

He was born in Cuba and earned Bachelors as well as Masters Degree from the Prestigious Harvard University. Carlos A Rodriguez is known to be a Cuban born. His parents have fled from Cuba to stay in United Sates so that they can provide a better life for their family. It is said that it was his parent’s hard work and experience which taught Mr. Rodriguez that with education it is possible to even transcend any cultural boundaries. His father worked as a waiter and his mother an accountant.

They moved to United States and they practised as well as preached the importance of education to Carlos. He holds a Master of business administration as well as a Bachelor of Arts degree from Harvard University. Mr, Rodriguez has joined ADP in the year 1999, and he was earlier working with Vincam.

His journey with ADP started in the year 1999 after the company was named as Vincam and acquired by ADP. He was then serving Vincam as their Chief Financial Officer and later moved on to become the President of Total Source of ADP. Mr. Rodriguez has also been the Director of Hubbell from June 2009.

His Journey with ADP

Carlos A Rodriguez joined the firm ADP-Automatic Data Processing in the year 1999 after ADP has acquired the firm Vincam. Carlos was then working with Vincam as its Chief Financial officer and after which he served with ADP as the President of ADP Total Source.

Carlos A Rodriguez served ADP as its President as well as the Chief Operating Officer and is known to have taken the revenue of the firm to $11 billion. ADP, under the supervision of Carlos A Rodriguez now serves over 620,000 clients and has its operations across 125 countries,

Mr, Rodriguez also serves on the ADP’s diversity council which is an overseas board, and it sets goals and metrics on the human capital results. It was under his leadership that the firm has seen a noticeable improvement in the client service and has also proudly launched the Run which is powered by ADP platform and this has gone ahead to become the firms largest growing platform too. He presently works from the office which is headquartered in Roseland, New Jersey.