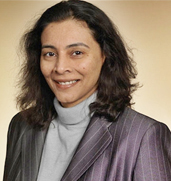 Short term changes and sabbaticals do not matter at all…

Aruna Jayanthi is a name that has shook the Indian Business Ethics Code as well as the Indian outlook of Working Women in the most positive and pragmatic sense. She is a lady who has proved to be a man in the world of woman. Where every other day we have reports of India being a regressive society for women and the sad state of affairs of the gender, this woman has proved to be a role model for many- where she calls the shots both at work and at home. Being a working women she has not shy away from her responsibilities of a wife, a mother, a daughter-in-law or other role that every women needs to play in their daily life, yet she has also set new records for those women who loves working. Being the CEO and Managing Director of the most promising IT endeavors namely Capgemini, she has sent out the message that with passion, sincerity and dedication one can soar in the corporate field irrespective of gender. She has nullified the standard norms of leaves hampering careers, long work hours ensures productivity, working always requires an official setting- rather she has widened the areas of work ethics and rise above gender equalities and promoted women to work at ease and with finesse in the corporate setting.

Not really much has been on the news about Aruna’s early days, however she is believed to be born in 1964 spending her growing years in Chennai and the later formative years in the city of dreams- Mumbai. The record states her to be a science graduate with major in Mathematics and Statistics. She is also believed to hold a degree in management (MBA) from the Narsee Monje Institute of Management Studies and was keen on joining a career in banking and finance. However, fate intervened in the form of a job offer from Tata Consultancy Service, and she went for grabs. Working 10 years with TCS gave her the much needed corporate outlook and rules to play the game. The most significant turning point in her career came when she joined Ernst and Young’s consulting unit in India before the same was sold to Capgemini and therefore began the career of one of India’s most powerful and influential business woman.

Aruna grew up as a very ordinary girl from a supporting family with not so ordinary dreams. Defining the term “woman of substance” quite literally, her success mantra from the very beginning was in utter disregard of the etched corporate structure- the norms and the myths. She was one lady who really believed and preached the concept of equals- where she believed that women in corporate setting is required to put as much of hard work as a man does and even the acknowledgement of such work or the criticism should be at par and not discriminatory based on gender. She is one of those few individuals who respects and awards hard work and at the same time realizes the importance of family and a social life. So irrespective of the amount of leaves that an employee requires, irrespective of the working hours of an employee and more predominantly significantly ignoring as to where the employee is working from (home or office), Aruna believes in getting the quality work done and delivered to the contentment of the client by end of the day- that according to her defines a “successful” and “career-oriented” employee. Freshly emerging from a management school, she expected her career to shoot forward in the finance and banking sector yet much to her astonishment the consultant in her found the correct mentorship of TCS, thus growing more as an individual than merely a working professional. She went on a girl who was skeptic on attending women meetings to a lady who educated and inspired thousands of women to combat the social pressure that objectifies women to do the mere household chores after a certain age and become the bread-earner for a family as well. From working with 10 different technologies to those late shifts- bored with the IT life of 16 years, Aruna welcomed the change in the form of becoming the Managing Consultant at Ernst and Young- remarkably the next major turning point of her life- but thereafter there was no looking back as the it claimed back its child in the form of Capgemini in 2000.

His Journey with Capgemini

Here is the lady who joined Capgemini as the Global Delivery Officer in the year 2000 whose major work areas involved improving the productivity, quality and profit margins of Capgemini Outsourcing with over 2 decade of experience in the IT industry and consulting and come the year 2011 was appointed as the CEO of Capgemini India Private Limited at the early age of 48. Her areas of interest in the company currently includes looking over the operations in a diversity of business units namely Consulting, Outsourcing as well as technology services. Her exposure in countries like Europe and North America helps her in getting a grip of customer satisfaction, market direction and integrating the same to the performance of her employees. Currently under her able leadership forte Capgemini India has evolved as one of the most productive and largest business initiative of the Capgemini group itself with a 40,000 strong head-count across nine cities competing with headquarters in France. And with the numerous caps to her feather she has most definitely made her mark in the Indian Business scenario.

Aruna’s family life is what most Indian Women dream of having but unfortunately the patriarchal set-up of our society stereotypes as a “modern family” with “an over-ambitious” daughter-in-law/ wife. Married to Murthy and being the diligent mother of a daughter named “Tara”, she has been an ardent example of the saying “the hand that rocks the cradle rules the world”. Being the super-woman that she is, the star has managed to strike the perfect chord of balance between her professional and personal life. Raised in Chennai and the formative years in Mumbai, she is a woman who has been questioned on her loyalty towards her marital life and being the quintessential daughter-in-law who leaves her dream job and rears the kid at home and cooks food for the family- yet she has been the one with her formidable approach and perseverance and with a constant support from her family revolutionized the concept of women working in the corporate sector- from working at home to taking maternity leaves- she is that role model that every women can look upto.