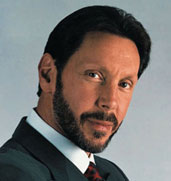 Building Oracle is like doing math puzzles as a kid ....

A person who follows a simple approach, “Buy the best, without compromise”, co-founded Oracle Foundation in the year 1977 in the month of June and has been serving as its Chief Executive officer since then. Larry Ellison or Lawrence Joseph “Larry” Ellison is known to everyone as the Prophet of Software. He is also one of the richest people in the World to be alive and is also very flamboyant and outspoken of them all. A cavalier business personality, he is always appreciated for his dressing sense for any occasion with some of this tailor made Italian Suits and shirts which makes him look as if he is born to become a billionaire.

When Larry Ellison made this statement about the future of his company, many of them felt that his ambition is laughable. But by the year 2000, Larry Ellison was close to his dream with the company’s single quarter profits increased by a whopping 76%.

Larry Ellison was born in the City of New York. His mother hails from Jewish Heritage, and his father is from the Italian American US Air Force. After Ellison at the age of nine months, was contracted with pneumonia, his mother gave him for adoption to her aunt and uncle who then resided at Chicago. He did not know that he was adopted till he was 12 years old. After this, he did not meet his biological mother till the age of 48. As a kid, Larry Ellison always was independent and had regular clashes with his adopted father. From a very early stage, he showed interest in maths and science and was also the Science Student of the year in the University of Illinois.

He graduated from Eugene Field Elementary school in January 1958 and then attended the Sullivan High school till 1959 after which he moved to the South Shore in Chicago. Ellison had to leave the University of Illinois after the second year before the second year as his adoptive mother had died. After a summer in North California, he then attended the University of Chicago for a term, and it was there when he first encountered with Computer Design. This was here that he learnt the rudiments of computer programming.

Larry Ellison started his career as the Co-founder of Oracle in the year 1977, in the month of June, and he worked as its chief executive officer from the time of its incorporation. He was responsible for the product development and also the delivery of the database products of Oracle Corp. In the year 1998, he co-founded Netsuite Inc. Later he went a step ahead to start the Knowledge Universe Holdings, LLC and also served as its Chairman and also as the Chief Executive Officer.

His Journey with Oracle

It was in the year 1977 that Ellison and two of his friends started their own company by the name Software Development labs. They won a 2 year contract to build a relationship management system which was then named as Oracle. This project was completed year ahead of the schedule, and they went ahead to develop their own system for commercial applications and also named it Oracle. In the year 1980, their company had less than 8 employees with revenues less than 1 million, but after a year, IBM adopted Oracle for its mainframe systems. This helped Oracle to take a leap year after year, doubling their revenues for 7 years. This million dollar company started turning into a billion dollar company after which the company was renamed as Oracle Corporation, after its best selling product.

The company Oracle went with its public listing in the year 1986 and raised $31.5 million. After a few downfalls, Ellison replaced some of its senior staff with much more experienced and skilled staff and channelled his own energy into the product development.

In the year 1992, there was a new version of Oracle named Oracle 7 was released, which swept the field and made Oracle the industry leader for database management software. It was in the year 2000 that the long cherished goal of Larry Ellison was near to accomplishment after he surpassed Bill Gates to become the richest man in the World.