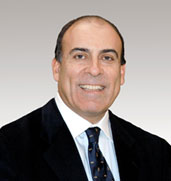 It’s not a journey that happens overnight, Progress tends to come in incremental steps....

In a world of cut-throat competition, here is a man who defines fair completion and business insight. Muhtar Kent, the CEO and Chairman of Coca-Cola Company, is a burning example of the fact that perseverance and dedication can take you to the heights you dream of attaining and even beyond that. This Turkish-American Business Executive is a man of his words, his vision statements has always coupled business with social responsibility and believes that only when people are productive, then it can lead to a productive nation and consequently a productive brand. It is under his leadership that the brand Coca-Cola has attained new heights moving over the anti-cola campaigns and insider trading goof-ups and has grown holistically from product port-folio to new markets and from a single product to an industry. His sense of business prediction and revisiting customer focus is what got him at the top of the run and the world talking.

Muhtar Kent was born in 1952 to a Muslim family residing in New York. His father, Necdet Kent was a Turkish Consul General, though not much has been reported about his mother Sevim Kent. Muhtar in most of his interviews had always mentioned about his father and how his ideologies had helped him in building the successful business enterprise that the world knows as ‘Coca-Cola’ today. One of the most valuable virtues that Kent has derived from his family was to always remember his roots. It is in this sense, it must be mentioned that both his parents had actively supported the Turkish people in times of World War II, and Muhtar has still been passively doing his part with his wife by awarding scholarships each years to students from Turkey in US universities. He has ardently spoken of his acceptance of being a Muslim yet at the same time appreciates diversity of religion, culture and ethnicities- the kind of thought only a good and responsible upbringing can gift you. As a child of 4 years, Muhtar’s family relocated to South-East Asia, moving from Thailand to Iran and India, however the connection with Turkey was always reinstated during the holidays which were spent at Ayvalik, Turkey.

Muhtar initially started off his education at a Boarding School in Mersin, Turkey. He is reported to have graduated from Tarsus American College, in 1971. He further holds a degree of Bachelor of Science in Economics from University of Hull, Master of Science in Administrative Sciences from London City University and Master in Business Administration from Cass Business School, London.

He travelled through the world right from the age of four- from Thailand to Iran as well as India. Kent is believed to spend a lot of time at his mother’s hometown in Ayvalik, Turkey amidst the blooming Olive trees and the soothing blue sea.

There cannot be a particular event in Muhtar’s life that can be singled out as a turning point. A clear perusal of his life history would indicate, he was a man born to become great. Global perspective and Philanthropy were two basic tenets that he was gifted in his early days- and that is what he has combined with business to generate revenue. Muhtar began as a mere delivery boy in the year 1978, and today in 2013 he defines a brand that is known almost among all global communities. His 2020 vision promised the brand to be water neutral, and in this voyage he has brought together some of the best investors and brains in the industry. The journey has never been smooth- with the anti cola campaigns and the health inspectors breathing down the back- yet this man shows that being honest to your profession can create faith in a company- a company that today has 500 brands, 3000 products and the largest manufacturer of juices in the world and owners of the largest citrus plantation around the globe.

His Journey with Coco Cola

Muhtar’s journey with Coca-Cola is the one that underlines dedication, sincerity and brand loyalty. He started off with the company in the year 1978 as a delivery boy for the products, where the job involved delivery of the products in Trucks through Georgia, Texas and California. After several months of delivery stint and having a fair idea about the marketing, distribution, and logistics, in 1985 he was first promoted as the general manager for Coca-Cola Turkey and Central Asia. Thereafter within a span of 3 years, he was appointed as the president of the Company’s East Central Europe Division and in 1995 as the managing director of Coca-Cola Amatil-Europe. However, from 1999 to 2005 Muhtar took a break from Coca-Cola and became the CEO of Efes Beverage Group.

In 2005, Muhtar rejoined Coca-Cola and was welcomed with an appointment as The President and Chief Operating Officer of the company’s North Asia, Eurasia and Middle East Group. Therafter in July 1, 2008 he reached the top of the ladder on being appointed as the CEO of the Coca-Cola Company, and further in 2009 held the position of the Chairman of the Board.

It is through this incredible journey that Muhtar has shared with Coca-Cola, that the revenue of the company has shown amazing statistics and has achieved some of the most commendable credentials- for instance returning $9.1 billion to shareowners through dividends and share repurchases in 2012, delivering the sixth consecutive year of double digit volume growth in India, revamping the rankings at Fortune’s, becoming the first brand to record 50 Million Likes in Facebook among others.

Muhtar is married and his wife namely Necdet and Sevim Kent and living in Atlanta with son Cem and daughter Selin.