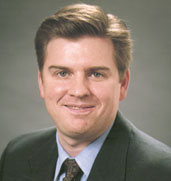 Mobile is the key priority for Skype….

Technology has enhanced and has reduced the distance by bridging the gaps through the online medium. Today we can see each other, hear each other overseas, and this is possible all because of the latest technology. We all are interdependent on each other, and when it comes to making the video calls or conducting the webinars through the online medium we automatically think of Skype. Though Skype was doing wonders happen but was not able to generate so much of the profits but after the appointment of Tony in October 2010 Skype witnessed a drastic increase in customer database and profit generated.

After reading the above lines it is clear that Tony is a person of virtues, foresightedness, and this is clear from one of his interviews, which was taken in the year 2011. In this interview, he quoted that he wanted to become the CEO of any esteemed organization before he attains the age of 45. And he achieved this goal. Before working with Skype Tony has the work experience of serving Microsoft and Cisco.

His ardent attitude towards the goal accomplishment led to pave the success path for Skype and him as well. He mainly focuses on the resources which are relevant. He also lays emphasis on the education of the students through the online medium by conducting webinars. He favors those students, faculties and administration personnel who are interested in learning more about the online learning sites. Tony Bates has a keen knowledge about the online, world and he is always adamant about the quality of work. Whatever context is placed on the websites is either read by him or by his collaborators.

Born on April 29, 1967 Tony also serves as the Executive Vice President of Microsoft and is responsible for Business Development, strategy and evangelism. Earlier he has also served as the President of the Skype division at Microsoft.

He has more than 20 years of experience in the corporate world and the competitors envy him for his speedy success. He paved the way on his own, and this can be said after knowing the fact that he is a self taught programmer. His leadership qualities and hard work have made him a leader in the field of communications and Internet industries. Bates is an expert on Internet Technologies and has also published 12 IETF RFCs in the area of Internet Routing and Operations. He also owns 10 patents to his name in Layer 2 and Layer 3 innovations.

Bates was born on April 29, 1967, in Isleworth West London. His mother used to work as a hairdresser while his stepfather used to work as a builder. Like any other CEO of the Silicon Valley he never finished his University. Bates is a University drop out at the age of 19 years of his mechanical engineering program at South Bank Polytechnic.

He was raised in a very humble family. His first job was at the University of London as a network operator in the computer center. He worked at this University from 1986 to 1992. While serving in this University Bates used to commute by train which took an hour, and during this one hour time he used to teach himself ‘C’ programming language and also learnt UNIX through DEC manuals. He left the University of London Computer Centre in 1992. After this, he went to Amsterdam on a Reseaux Associes pour la recherché Europeenne funded project as a part of the RIPE NCC. In the year 1984, he moved to Virginia. At that time, Virginia was considered as the nexus of the Internet.

After this Bates joined Cisco in the year 1996. He served Cisco for more than 14 years, in this time he rose to the position of Senior Vice President and General Manager. In Cisco, he headed the enterprise, commercial and small business division. At Cisco, he was responsible for the strategic development and managed 12,500 employees with US$ 22 billion. His primary function at Cisco was limited and dedicated to the infrastructure. Various projects at Cisco ignited the spark in him and made to shift to the area of interest.

After serving at Cisco, Bates also served on the Microsoft. By the time Microsoft bought Skype the monthly user of the Skype user base increased to 170 million. In the year 2011, Microsoft purchased Skype for $8.5 billion. For Skype Bates had seen a future of 1 million customer database. Bates was serving as the President of the Skype Division, Bates focus was to make the Skype more popular than the Internet Explorer. His continuous thriving success Bates launched many new versions of Skype like Bing, Windows 8, Windows Phone, Outlook and recently launched version Windows Live Messenger.

His venture did not stop here. In the year 2011, Bates announced the online Skype classroom with an aim to connect 1 million teachers.

This 46 year old self taught programmer has more than 20 years of experience and initially he began his career in network operation and internet infrastructure. After rigorous hard work, he is focusing on integrating communication from the living room to the board room via Skype.

He joined Cisco in the year 1996 and served there as Advisor TokBox Inc. he has more than 20 years of experience in the field of telecommunications and the internet industry. He served as the Senior Vice President of Carrier Core and Multi services Business Unit of Cisco systems Inc since July 2005, and as its Vice President Carrier Core and Multi services Business Unit from July 2004 to July 2005 and also as its General Manager of service provider routing technology group. At the same time, Tony also served as the Director of Marketing for the Optical Internet working Business Unit of Cisco, as Manager of Engineering for Internet POP Systems and Technical Leader in the office of the Chief Technology Officer. He also served as the Backbone Engineering Manager for Internet Backbone Group at MCI. He is also serving as the Director of SIRIUS XM Radio Inc since September 9, 2013.

He serves as the Advisor of XinLab Inc. and also serving as the Director of Tipping Point Community since June 2012. He also serves as the Director of Bubble Motion Inc., and Big Switch Networks Inc. he is also serving as a Director of the TokBox Inc and Co-Chairman of a number of councils and initiatives. He was serving as the chief among the Service Provider Business Council and the Cisco Development Council. He also serves on the Boards of YouTube and LOVEFiLM. Tony also has accomplishment of publishing +IETF RFCs in the areas of Internet Routing and Operations. His other affiliations hold:

Tony Bates had served as the president of the Skype Division and before the purchase of Skype by Microsoft he wanted to attain one million consumer database for Skype. In one interview, he was questioned about his frequency of using Skype, to which he answered that he had started using Skype before his joining and taking over at the designation of the President.

Recently there were rumors spread in corporate that Tony will be the next CEO at Microsoft, though this has not been disclosed on an official basis. In July 2013 Tony was appointed as the EVP Business Development, Strategy and Evangelism take the technology facing roles. Tony was appointed as the CEO of Skype in October 2010. In the year 2010 Tony decided to offer paid premium phone, video services, such as video conferencing, call waiting and answering services.

Tony serves on the Silicon Valley based non-profit Tipping Point Community. Tony along with his wife serves on the Board of Trustee for the United States Olympic Committee.