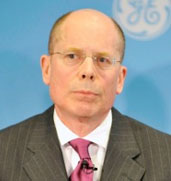 We will respond to ... how the market begins to evolve….

Mr. Hemsley is the President and the Chief Executive Officer of UnitedHealth Group - nation's chief insurance company in stipulations of revenue and has been serving on this esteemed designation since November 2006. He has been working with the company for 14 years. 58 years old Mr. Hemsley ranks on the first position within the Health Care Equipment & Services.

Under his esteemed leadership, United always had a straightforward goals and mission and vision which also worked as the tool for enhancing the dollars for their firm. But Mr. Hemsley has totally a different target of the Obama Administration since this administration has implementing new laws for the health insurance companies’ administrative expenses which are part of the federal health care reform. The new products are managed by the case managers through phones, online video conferencing and webinars with the doctors throughout the day.

UnitedHealth Group under the correct leadership and guidance of Mr. Hemsley has continued to build and maintain a strong momentum across the enterprise and also in meeting their commitments to the customers and all those who have been serving them, which leads them towards the strengthening of their brand, developing a deeper culture for the future executives to come along with making UnitedHealth a better place to work at.

While addressing his shareholders in the Annual General Meeting of UnitedHealth Mr. Hemsley quoted that he is thankful for the 130,000 employees of the UnitedHealth who have been giving their consistent services along with practical and innovative ideas which is helping them in maintaining their brand name, and stake in the market as compared to their competitive rival firms. This statement depicts the bright side of Mr. Hemsley’s personality. He is the man who has foresightedness along with humor and respect for his employees. As per Mr. Hemsley, the business model of UnitedHealth is built around two platforms: 1) where they are serving all the health care benefit markets, commercial, Medicare, Medicare and medical military and 2) the Optum, which serves the health services needs of the health systems.

He essentially focuses on the three core competencies: clinical care insight, knowledge and experience in organizing the best available health care resources for serving the specific local market needs. It is evident from the above mentioned strategies and core competencies that Mr. Hemsley is a goal oriented person and has a long term vision for the company. Under his guidance UnitedHealth has achieved many successes and has also seen an increase in the number of shareholders.

He also served as the Managing Partner and Chief Financial Officer for Arthur Anderson. He has been the Executive Director of UnitedHealth Group Inc since February 2000. He also serves as the Member of the Board of Trustees for of University of St. Thomas and as the Director of the United Healthcare Services Company of the River Valley, Inc. and as a Trustee of the Minnesota Public Radio.

Mr. Hemsley is one of the most powerful people anyone in the corporation would have heard. He serves as the Chief Executive Officer of the nation’s largest insurance company in terms of revenue, the UnitedHealth Group Inc.

Before joining the UnitedHealth Group Mr. Hemsley had a career at Arthur Anderson and he served on the designation of Managing Partner and Chief Financial Officer. Graduating from the Fordham University in the year 1974, Mr. Hemsley has been more involved in the handling of the backdated stock options as revealed by the documents filed in the year 2008 in the Minneapolis District Court. He has been named as the country’s highest paid CEO by the bizjournals.com. He is also a member of the National Executive Board of the Boy Scouts of America, which is the organization’s governing body.

By serving as Chief Executive Officer, Mr. Hemsley earns a total compensation of $13,394,832, wherein the total underlying options exercisable accounts to 28,509 while the unexerciseable options accounts for 85,527 while the shares acquired on exercise accounts for 1,200,000. In the year 2012 the total amounts of shares owned by Mr. Hemsley were 2,516,636.

His other affiliations can be named as Sempris LLC, Minnesota Public Radio Inc, University of St. Thomas, Ovations Inc, UnitedHealthcare Services Company of the River Valley Inc and the OptumHealth Inc. he has made any relevant changes in the system of the company wherein as per the frequent market changes the company will be able to adapt and evolve as per the market conditions. He has the capabilities in aligning the modern benefit design with consumer empowerment, effective clinical engagement and delivery system modernization by offering a distinct value to the customers.

These aligned capabilities framed by Mr. Hemsley continued to produce a sustainable cost performance advantage, consistent growth, and deeper relationships with the customers, care providers and plan sponsors. Needless to say that these framed and planned capabilities helped UnitedHealth Care in making a profit of $4.6 billion and an increase in the consumer database to 5 million in the last 3years apart from the existing consumer database.

His framed policies and foresightedness helped the company in acquiring the 21st rank in the Fortunes List of 500 corporations. In the year 2007, the company paid Mr. Hemsley $13.2 million. Despite the pay cut, Mr. Hemsley has a few perks for himself and travels on the UnitedHealth’s Corporate Jet, a Gulfstream Aerospace which costs something $ 37.5 million.

By training, Mr. Hemsley is an accountant and before joining UnitedHealth Group he had worked at Arthur Anderson. While in the course of moving up in the UnitedHealth he had to do a lot accounting work. Mr. Hemsley has incorporated most innovative practical technologies & incentives to modernize the health care and the administrative process. He has kept a perfect balance between the social and financial responsibility thereby leading towards protecting the capital and ensuring proper deployment of the capital.

He plans to invest to build and advance the core capabilities of the company by having durable market relevance and strengthening the competitive value and ensuring the capacity of the company to grow.

He is married and lives with his wife Barbara K. Hemsley in a lakeside mansion in suburban Wayzata, Minnesota which has a value of $6.6 million.