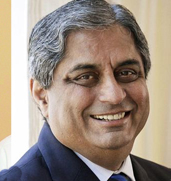 Our currency has fallen much more and from the currency devaluation point we stand to gain the most….

He is acknowledged as highest-paid Indian bank CEO; Filled with managerial persona, his functions and tasks included developing programs, codes, documentation and its authenticity check after the completion. The quality of work delivered by him had gained an appreciation from his peers and other delegates of the corporate; thereby adding in fuel in the level of his courage and determination and again encouraged him to work with more zeal and enthusiasm. Passion can be named in the form of work and the results driven from it.

He aspired to see his career chart growing and becoming a renowned banker and an efficient manager some day. His professional views helped him a lot in surviving in the corporate scenario as well. During the leisure hours, he prefer to read the newspaper and watch shows on television as they enhance the general knowledge and are soothing to eyes and ears as well.

Puri holds a degree in Commerce from the Punjab University and is also an associate member of the Institute of Chartered Accountants of India. Before joining the HDFC Bank Mr. Puri worked as the Chief Executive Officer of the Citibank, Malaysia from the year 1992 to 1994. He has been the Managing Director of the HDFC Bank since September 1994. He has nearly 38 years of experience in the banking sector in India and abroad.

Hard work, dedication are the bright sides of his personality, and he possess technical skills which has provided him a platform to establish himself and accomplish all his set goals and achievements. He has always aimed to explore every single aspect of the banking field and has always set a bench mark by accomplishing all the targets and goals. Professionalism is the thing which Mr. Puri prefers the most. To enhance and brief more about this dignified personality he is a person with no rocket science but his abilities and competencies make him stand different from others. He has gained the dice by his own hard work and dedication.

His goal oriented attitude and hard work has paved the way for his long term tenure. Mr. Puri has always believed in maintaining long term work relation with the organization by providing his esteemed services and exploring new dimensions.

Amalgamation of his skills and knowledge reflects the leadership along with client satisfaction. Distribution is the core function of his working experience, and he always aims to achieve the excellence in this regards.

Mr. Puri’s main forte lies in the distribution and time management. Reason for choosing the field of banking is the interaction with the different kinds of clients and consumers. It has opened the new dimensions for him in his initial years to enrich himself with the variety of skills. Working in this field has enabled him to grab and inherit the leadership qualities from external forces. This inheritance of traits and qualities has added new and fresh flavors in his work experience.

He prefers going in every micro detail of the problem so that accurate solution can be drawn. Carrying an extrovert personality and his thoughts are quite presentable.

Mr. Puri can be better defined as a person of creativeness who is very comfortable in interacting with new consumers and converting them into the clients by maintain a long term relationship with the consumers. Communication and interpersonal skills accompanied by the problem solving skill works as a support for his career. He is quite confident about his decisions regarding the strategic planning and helping the organization come out of the dilemma. The aura to work as a dedicated employee supported by the flora and fauna of the organization’s environment has helped me a lot in grasping new tactics. When working in the field and interacting with various clients helps in diversifying his skills and traits which actually helps in developing the mutual compatibilities.

He has provided outstanding leadership as the Managing Director and has contributed significantly in enabling the Bank scale to the phenomenal heights under his esteemed stewardship. He has won numerous awards and the Bank can be said to be the testimony in return to the tremendous credibility that Mr. Puri has built for himself and for the Bank as well.

Mr. Puri has led one of the biggest mergers in the history of the Indian Banking industry wherein the merger was of the Centurion Bank of Punjab with the HDFC Bank. He also holds 16, 89,765 equity shares.

Since the inception, Aditya Puri has been the Managing Director and has been steering the bank throughout the times. The HDFC Bank has been growing 30% year on year for the last 15 years and has one of the lowest NPAs in the business.

The richness of a personified authority can be highlighted as the key feature of his personality. Implementing the strategies at various level of situation in order to enhance the sales figure should be counted as one among the milestone of Mr. Puri’s career path. Communication is the strong base for his working skills. There were times when the banking department in the dilemma of choosing the opinion and this was the phase where his skills got counted. The planning and implementing skills have helped the bank to move out of the state of dilemma and got a chance to get stable.

Every new product development requires innovativeness and creativity to generate the heavy amount of customer traffic. Mr. Puri has a keen interest in chalking out the plans for the course of action and preparing the outline for the strategy implementation.

Dealing with various challenges of the banking sector is his passion and he always looks ahead to search for good or more challenges wherein his skills and knowledge get more enhanced. This is a sign of a lucrative and a growing banker business tycoon. Looking beyond the horizon it is essential to carry a dignified personality being flexible in nature.

His core competencies and experience of 39 years has made him quite confident about himself and has given him more courage to excel the success in the coming future. Sports and music are soothing to ears, body and help in regaining the energy level and getting back to work in a much refreshed state of mind.

Various training sessions have helped him in exploring different dimensions of his field and have also provided him an edge over his corporate rivals and successors. Mr. Puri is considered to be a little rude boss, but his foresightedness and guidance have helped the bank gain success. His belief in not giving rest to his junior working employees depicts his working style, and as per him if the employees will rest then the bank will not be able to achieve what it want. This attitude of Mr. Puri shows the kind of professionalism which the upcoming generations should adopt and follow.

Mr. Puri is married to Smily Puri and his daughter Amrita Puri is a Bollywood actress and has made her debut in three films in which the recent one was Kai Po Che which also gained critical acclaim.