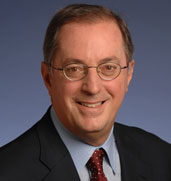 It’s time to reinvent the desktop….

The year 1950 marked the birth of an American businessman who is doing wonders with his perilous charm and hard work. His hard work and dedication towards the accomplishment of organizational goals paved his way for success and today he is the cynosure of every individual’s eyes. In the corporate, this dignified persona is known by the name of Paul Otellini who was born on October 12, 1950 in San Francsico.

He performs consistent in the way and always tries to achieve the best. This consistency has paved his way in Intel. Paul joined Intel in the year 1974. Since then he never looked back and has simply kept on acquiring success. His credentials can be seen from the level of success he has achieved in his career path with Intel. He can be named as one of the alma mater of Intel who has brought Intel to new heights.

An Italian by origin, Paul had joined Intel after passing from the business school while moving towards his approach of victory from the company’s ranks as a result of his techno savvy and leadership in the product development. During 1980s, Paul cultivated a key strategic relationship between Intel and the IBM. 1990 saw his precedence over the development of the Intel’s flagship computer chip, Pentium. Now, he is the second in command person of the world’s leading producer’s microprocessors.

Paul was born and raised in San Francisco, California. He was born and brought up in a working class Italian American family. Paul began to work at a very early age, delivering newspapers while in the grammar school, stocking shelves and selling suits at men’s clothing store while in high school. Paul was interested more in Chemistry and Mathematics in his childhood.

Paul’s devoted Catholic father urged his sons to join the priesthood, and on to this call his brother preceded. As an undergraduate Paul had developed an interest in the finance and majored in economics. He completed his bachelor degree from St. Ignatius College Preparatory and enrolled himself for the course of MBA in the year 1974 from the Haas School of Business at the University of California. Paul is also the member of the Professional Business Fraternity Delta Sigma Pi while attending the University of San Francisco.

With the formal education Paul sought employment in the computer technology industry in Silicon Valley. Paul considered the Fairchild Semiconductor and Advanced Micro Devices, but he ultimately decided to choose Intel, a powerful miniature circuit that revolutionized the computing by integrating and rapidly speeding up the multiple information processing functions.

Paul served as the Chief Executive Officer of Intel Corporation from May 18, 2005 to May 16, 2013 and as its President from January 2002 to May 16, 2013. He also served as the Chief Operating Officer Of Intel Corporation from January 2002 to May 2005. After joining Intel in the year 1974 Paul had held a number of positions including General Manager of Intel’s Peripheral Components Operation and Folsom Microcomputer Division and he later served as an assistant to the then Intel President Andy Grove in 1989.

Paul has held various senior positions at Intel and is also on the Google Board. When Paul was taking over the reins of Intel, Intel hit a hard time and delayed several other products along with the Pentium 4 processor. After this delaying of the product, Intel had also missed upon the sales forecast for the two quarters in a row through the first quarter of 2006. Paul embarked upon the effort to regain the product leadership thereby ensuring that the Intel is taking advantage of its technology and manufacturing superiority and also setting out to make the company more productive and efficient.

He also focused on the core business in silicon microprocessors, and his vision for the Intel was to create chips and software’s and then melding them together into platforms. It’s the prelude to Intel’s new strategy targeting the mini notebook market $100 to $299 price range is expected to fuel the sales nearly 60 million units in the year 2011.

Earlier Paul had served as the General Manager of the Microprocessor Products Group leading to the introduction of the Pentium microprocessor and he also managed the Intel’s business with IBM Corporation by serving as the General Manager of both the Peripheral Components Operation and the Folsom Microcomputer Division where he was responsible for the company’s chipset operations and served as the technical assistant to the then Intel president Andrew Grove.

In the year 2002, he was elected as the Board of Directors and became President and the Chief Operating Officer of the company. On May 18, 2005 Paul replaced Craig Barrett as the new CEO of Intel. Paul was considered as a departure from the normal conditions since he was promoted to the position of CEO while he was formally trained as the Engineer. Paul is supposed to be the major driving force in convincing the Apple Inc. in the Apple Intel transition, and he is also fond of Mac OS X.

In the year 2006, he oversaw the largest round of layoffs, which was highest in the history of Intel. In the year 2006, Intel saw the layoff of 10,500 employees. This cut off was done with the aim to save $3 billion per year. Among the 10,500 layoffs the major layoff was done from the management level.

In the year 2007 Paul announced to plans to build a $3 billion semiconductor manufacturing plant in the port city of Dalian, China. On November 19, 2012 he announced his retirement in May 2013. On May 2, 2013 Brian Krzanich was named as the new CEO of the Intel.

Within the year of Paul’s presiding as the President, Intel reported precipitous financial losses as the personal computer market matured and the Intel’s efforts to diversify its business in the consumer electronics and the web hosting ventures failed to meet the expectations. Paul helped in turning the tables and brought the company back to its core business in the silicon microprocessors. Instead of producing merely the faster chips Paul insisted on the importance of developing the multifunctional chips with the integrated communication features and reduced external power requirements.

Intel’s philanthropic focus is on improving science, technology, engineering and math (STEM) education through the use of effective technology.

Son of David Otellini, Paul married Sandy and has two children. His elder brother Rev. Msgr Steven Otellini adhered to the suggestion of his Father of becoming the Priest of the Catholic Church. He is now serving as the Pastor of the Church of the Nativity in the Menlo Park California, United States.