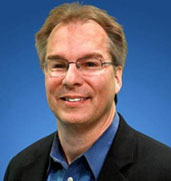 Our innovation has enabled more virtualization…..

NetApp Inc. is an American Multinational Computer storage firm and ranked in the list of Fortune 500. Strategy specialist Tom Georgens is the person who has taken this American multinational on new heights. Wits, dignity of post, far sightedness are few things to be named for him and Tom matches every single characteristic of these being a successful CEO in this new epoch. Concept-to-Execution Technology driver; Tom has been a valued contributor to key strategic improvements and highly successful new set ups.

Mr. Georgens holds a multidimensional profile with strong experience in cultivating prolific client relationship, a strong-minded focus on operations as well executions, and an unquenchable passion for devising outstanding client teams. Blessed with an aptitude in driving unprecedented profitability, 52 year old Tom ranks fourth in the Technology Hardware and Equipment segment. This sheds a light on the achievement of this dignified persona. He is the man of wits who has the zeal to take NetApp to new heights with his out-of-box thinking and experience in the design and implementation of strategies for organizational growth. He has been associated with NetApp for the past 7 years.

Tom did his BS from the Rensselaer Polytechnic Institute, ME from the Rensselaer Polytechnic Institute and MBA from Babson College. Before joining NetApps, he had spent nine years at Engenio which is a subsidiary of LSI Logic and for the last two years he has been serving as the CEO. He had also served in various other positions which include positions like the president of LSI Logic Storage Systems and executive vice president of the same. While working at Engenio Tom had made wonders happen by building the business into the successful OEM storage provider for different companies like IBM, NCR, Storage Tek, Silicon Graphics and Sun Microsystems. Prior to Engenio, Tom has spent 11 years at EMC in various engineering and marketing positions.