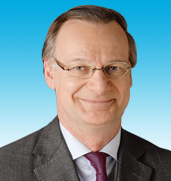 Pierre Nanterme, the French man based in Paris, after a stint with military service in his country joined Accenture, the global company, in 1983, and had a meteoric rise in his career to become its Chief Executive Officer in 2011 and Chairman in 2013. He held various august positions in-between, and proved his mettle to rise to the helm of affairs of the company. He contributed his might in terms of policy decisions and implementations to transform the company into a pioneer in the fields of technology and outsourcing. His appointment as CEO and Chairman of Accenture has been acclaimed as an icing on the cake.

Nanterme chairs the board of directors and has the responsibility of driving and managing company’s annual business performance, formulating as well as executing long term strategies, and having interactions with employees, investors, clients and other stakeholders. He is the main and primary decision maker as well as policy maker of the company and sets the tone for the organization’s culture, values and ethics. Since 2010, he has been serving as the board of director for leading Global Management Committee of the company. He exemplifies the commitment of Accenture to help its client in achieving a high level of performance. A man of proven leadership qualities and sound expertise in nurturing strong client relationship, a determined focus on operations as well executions, and an insatiable passion for formulating excellent client teams.

Nanterme was born on 7th September 1959 in an affluent family of Lyon, France and spent his early childhood days in Paris. He was brilliant from the very beginning, and fully justified the saying ‘Morning shows the day’. He was brilliant in studies and outsmarted in business. He graduated from ESSEC School and studied MBA in Paris. After completing studies, he had a stint with military service, and after that rose to become a businessman of repute.

Pierre Nanterme joined Accenture in 1983 and enclosed a quantity of leadership positions during his illustrious unfinished career with this company for 30 long years. He has been instrumental in taking the company to newer heights. The number of employees over 2,57,000 serving the clients of over 120 countries, it is one of the largest organization of technology services, management consulting and outsourcing in the world. The company garnered net revenues of US$27.9 billion for the fiscal year ending 31st August 2012.

Besides economic excellence, he led the company so deftly that it was awarded Outsourcing Excellence Award in the most innovative category by Outsourcing Center. Such innovative ideas have been formulated the employee benefit health insurance. Accenture has presented a new customer engagement model for banks which is based on prominent customer facing practices. These developments during his tenure manifest his leadership qualities and farsightedness.

Besides all the heights attained by Accenture during his unfinished stint with it, he also garnered glories worldwide for himself. He is presently a serving President as well as a member of the executive board of the MEDEF Commission for Economic Affairs and Public Finance of France for eight years now since 2005. He is serving on steering board of European Cloud Partnership of European Commission and is a member of BUSINESS EUROPE Corporate Advisory and Support Group. Not only that, he is a member of the executive board of TransAtlantic Business Dialogue. It has been awarded the Title Chevalier (Knight) of the Legion of Honour of France in the year 2010.

Pierre Nanterme, the CEO and Chairman of Accenture, joined the company in 1983 after completing his MBA, and a stint with military service. The brilliance came to the forefront, and during his tenure with Accenture for around 30 years, he held several key positions in the company. He contributed to the phenomenal growth of the company by playing his role under various capacities. He functioned as the Managing Director of France of the company from November 2005 till September 2007, and the company’s country Managing Director of France from 2005 to August 2007. He worked with the company’s global leadership team, and used his expertise in planning as well as execution of its business strategies on long term basis, and in implementing the global operating model. He also served as MD of Financial services operating group in Europe, Latin America and Africa. Prior to that, he served as Managing Director of the company’s Financial Services Core Europe operating unit and that of Insurance industry group. Other positions of leadership include his tenure as MD of the Strategy practice in West Europe, and that of client group in Luxemburg, France, Belgium and Netherlands. He is serving on the executive board of B20 Green Growth Action Alliance, is a co-chairman of Energy Efficiency Group. He also served as a member of its working group of Economic Policy.

His journey started in 1983, and rose to become its partner in 1993. Since February 2013, he has been given the additional charge of Chairman of Accenture, and he now is the Chairman and Chief Executive Officer, and director of the company since 20th October 2010. Thus, his stint with Accenture so far has been phenomenal in terms of all round development of the company which is continually foraying into unexplored areas of its domain. His association with this company is still continuing, and there is every likely hood of it scaling newer heights. He has averred about the company running very successfully and has the vision to continue to be successful by building on the strength. His statement that when he was in India, he was an Indian manifests his business acumen and congruity of thought process. A staunch visionary, he is bound to shine on the world firmament in the years to come.

He has been leading an excellent family life. There is little doubt about his acumen to lead a successful family life in the context of his towering professional achievements. However, it is a fact that his astounding professional life has dwarfed his personal life about which not much information is available.