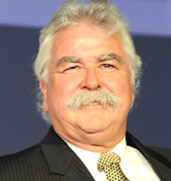 Peter Honegg is not the conventional supremely prepared German businessman. He proclaims himself to be an “abnormal German” being a true gypsy at heart. He doesn’t make any plans in his personal life. He currently works in the firm’s 100 acre facility based in Chakan near Pune. The only embellishment that this facility has been the company logo of the three-pointed star present in many shapes and sizes.

Honegg has his candid way of communication unlike others who are more authoritative in their tone. His conversations laced with humor make everyone laugh plenty of times. His attire suits the air around him which compliments his personality even more. He has an outspoken personality which has won him many friends across the world. His welcome speech when he arrived at Mumbai created a spark of excitement rather than the usual respectful silence.

Honegg now, 56 has been working for Mercedes for the past 36 years. He took over the wheels of Mercedes India franchise in January as the chief executive and managing director. He came to India with a specific directive, to breathe in new life and launch Mercedes as the brand of the energetic and young as Merc was losing ground to their contender BMW.

There is a long history between the Honeggs and the Benz which last up to three generations. Peter Honegg’s father and grandfather have both been in service of the firm for 44 years each. It is Peter Honegg who, being from the third-generation, started working at Daimler Benz, which is in it-self is a 125 years old company. His rendezvous with Mercedes was more due to the family history than by design. He puts on a white bushy moustache, suggestive of the vanishing era.

When Honegg was in his teens he wanted to study biology in his hometown Stuttgart, in Germany and become a bio-scientist. But instead he chose to take the scholarship offered to him by Mercedes and did his master’s in business economics. His father wanted him to study business economics for three years and then return to the university, but as he puts it “I eventually got pulled in”.

He started his career as a salesman in Mercedes in the year 1976. Then he was shifted to the exports department in 1982, after that he never looked back ever since. He often says that the temptation of voyaging across the world has driven him to this “family business”. At the inception, his career took him across many countries from South-East Asia to Iran, to North-East Asia to the Asia-Pacific. In the process, he moved up to the company hierarchy and juggled various jobs within the same company.

In the year 1992, he was appointed as regional director to to Mercedes-Benz, Iran, which was his first redeployment outside of Europe. His wife Daniela initially resisted this change, unsure of how their life might turn out leaving behind all their material comforts. The Honeggs agreed after loads of persuasion and with the promise of seeing the country which they wouldn’t have seen otherwise. Daniela was moved by the place so much that she enrolled their children into local schools even before Peter was ready to accept his position. This is how the Honeggs embarked on their continuing journey.

Honegg has been credited with turning the tables in Mercedes-Malaysia operations; he played a key role in escalating the sales in the Asian continent and building China as the No. 1 market for Mercedes in three years. They call him as an Asian expert. Under his command (2002-2005), sales skyrocketed from mere 4000-5000 units a year to 150,000 units a year in China. When he was given Malaysia in 2006 he showed an equal enthusiasm by selling more than 5000 cars a year from almost nothing.

Honegg is positive about the growth trajectory of India and asserts that India will emerge as one the largest markets in the world to Daimler Benz in the coming future. But he remains tricked by the Indian marketplace because he hasn’t seen diversity like in India ever before. Honegg knows that one size doesn’t fit all, so he is always eager to meet the requirements of the Indian customers.

Honegg has plans to project Mercedes Benz as the sports car in India. Associating with the F1 (Formula One) has helped him a lot to influence Asian markets in the past, similar strategy might be adopted in India to get leverage on other brands. The only other opulent car brand making this association with Formula One is Mercedes Benz, the other one being Ferrari. The Mercedes F1 team is called McLaren-Mercedes. Various models have already been launched which conform to the latest perception like the Mercedes-Benz GL-Class 500, Mercedes-Benz G 55 AMG, Maybach 57S & 62 and Mercedes Benz-SL-350. The company has sold many F1 tickets through their dealerships and caught craze in India ever since.

The Kumbh ka Mela in 2001 had inspired his wife Daniela to shift to India. The mela gave her an instantaneous liking for the country which is an epicenter of spirituality. So when Honegg was offered to head the company in India, Daniela couldn’t have been more contented. The Honegg’s have been working in the Asian continent for several years now, with Singapore being the first, then Hong Kong and now India that has amplified their liking for the Asian culture. His son Mario particularly has a lot of love for the Asian culture. He chose a university in Malaysia over an Australian university to pursue his graduation in economics. Honegg’s daughter Marienne, 24 is practicing biology in Germany which is a dream come true for him.

Honegg interests know no bounds, ranging from architecture to motorcycling to golfing and books. His love for watches has made him own more than 150 watches which include everything from a Rolex and a Muhle to Corum. He loves cooking and savors the taste of dal and chicken tikka from Sher-e-Punjab, Pune. He has loads of knowledge which allows him to talk on various subjects with dexterity and calmness. Honegg adds, “I get paid for talking, what else I can ask for”. He walks casually strolling through the expansive premises, like a philosopher.