In this chapter, you will create an ASP.NET Web application in Visual Basic .NET.


The Interface for Visual Studio .NET 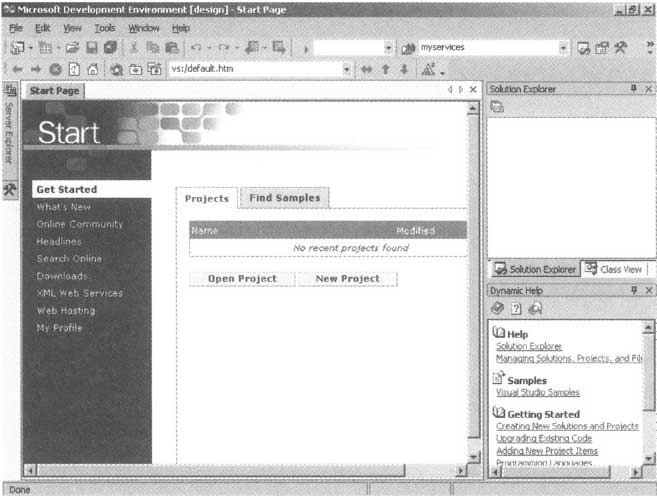 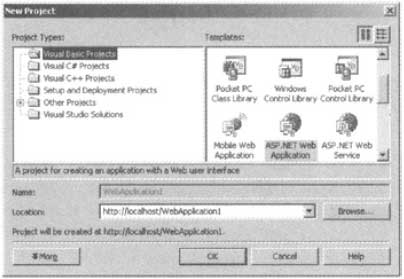 As you can see, the New Project dialog box offers you various templates to create different applications.

The Web application connects to the Web server, as shown in Figure.

The Web Application Connecting to a Web Server 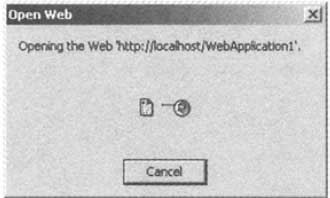 The Design View of the Web Application 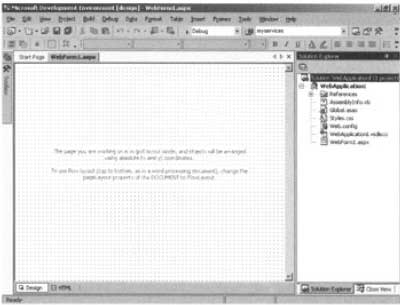 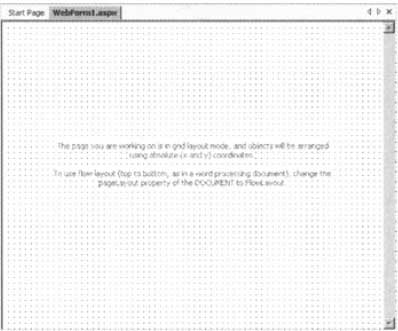 Default Files in a Web Application

In addition to a Web form, Visual Studio .NET creates default files for a Web application. These default files are included in a solution.

A solution is a collection of projects or related projects. For example, you can include a project and its deployment projects in the same solution.

A solution for WebApplication1 is shown in Figure.

The Default Files in a Web Application 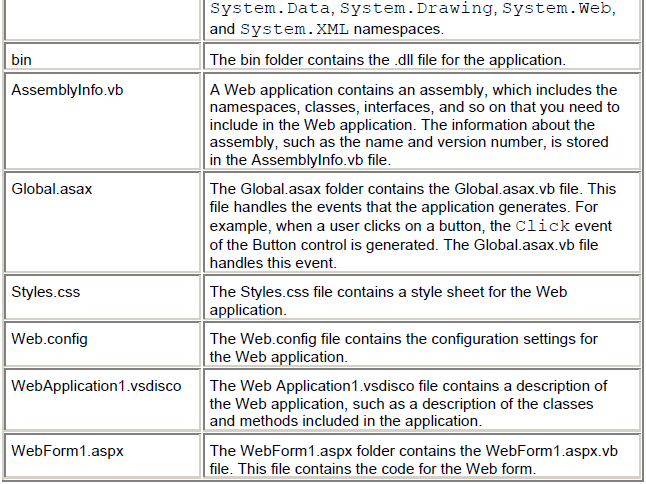 Creating an Interface for Web Application1

To create an interface for the sample Web application, you need to include an Image control, six Label controls, one Button control, five TextBox controls, and one ListBox control in the Web form. To add these controls, you need to drag them from the Web Forms toolbox and place them on the form. Next, you need to change the properties of the controls, as listed in Table.

Controls in the Web Form 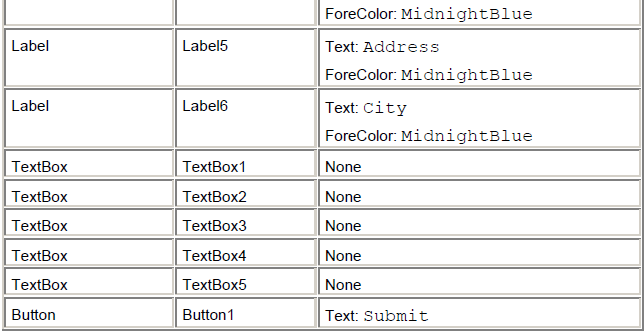 Adding Items to the ListBox Control

As you can see, we have added a list box to the form. You can now add items to the ListBox control by performing the following steps:

The Web Form in the Design View 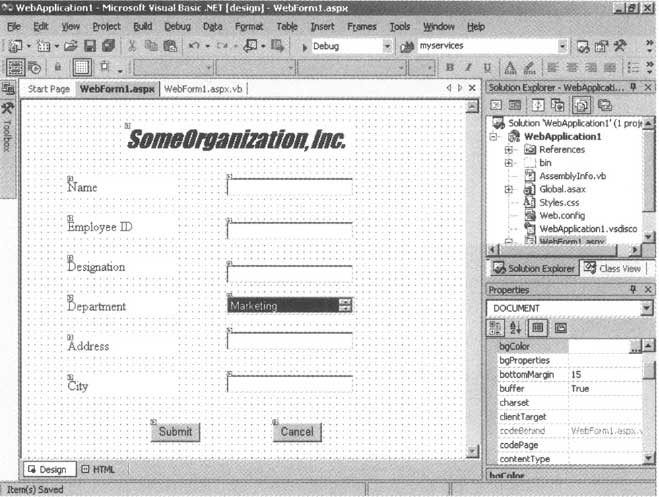 However, the button in the Web form is not functional. To make the button functional, you need to add code to it.

Adding Code to the Submit Button

When a user enters values in the text boxes and clicks on the Submit button, the text boxes should become blank. To do this, add the following code to the Click event of the Button control:

After you have added the code to the Button control, the entire code for the application is as follows:

The code contains the declarations for all controls that you added to the Web application. In addition, the code for the Click event of the Button control is included.

You can now run the application to test it. To test the application, press the F5 key. Alternatively, you can select the Start option on the Debug menu. Figure shows the Web form at runtime.

The Web Form at Runtime. 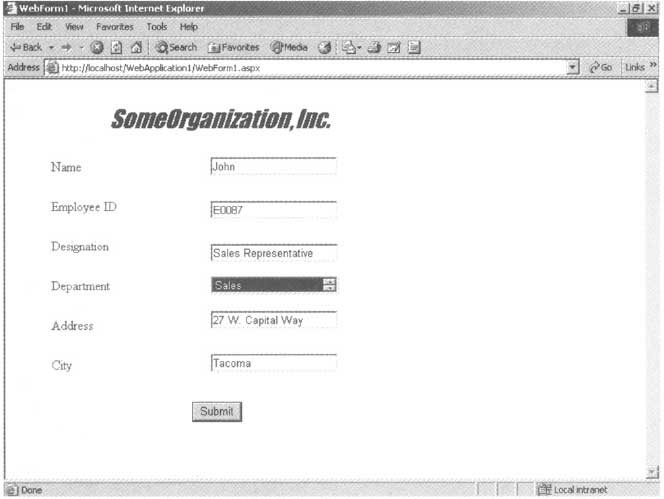