Creating a Web Service by Using the WSTK - XML

Before creating a Web service by using the WSTK, we will discuss the toolkit in general.

The WSTK contains several tools that help you to create, discover, and invoke a Web service. These tools are explained in the following list:

As you can see, the preceding code uses the java2wsdl command, which has several options, as explained in Table.

Options Used with the java2wsdl Command 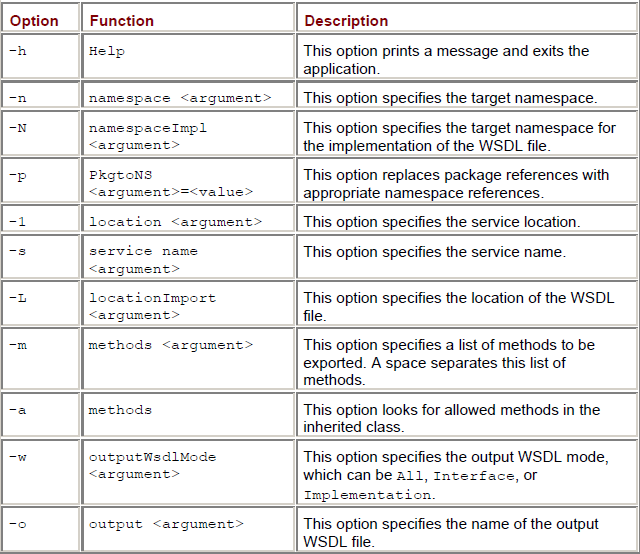 The java2wsdl command creates a WSDL file. The content of this file is as shown:

Creating a Folder Structure for the WSTK

A folder structure for the WSTK includes a root folder containing all Web service files that are deployed by using the WSTK.

Whenever you want to deploy a new service, create a new folder under the Applications directory. This folder should contain at least three subdirectories, as discussed in the following list:

The contents of the import.xml file are as shown:

The WEB-INF folder contains a web.xml file, which is a standard Java Web application deployment descriptor. This file deploys the AxisServlet that is used as the entry point for the service. The contents of the web.xml file are shown in the following code:

After you create the directory structure, you need to deploy the Web service on the Tomcat server. To do this, perform the following steps: 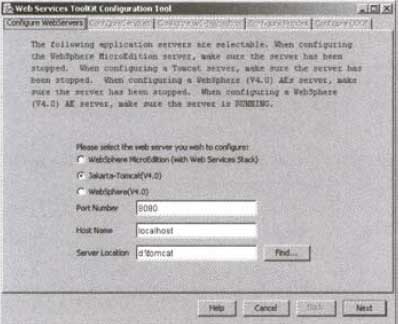 Selecting the Web Service to be Deployed 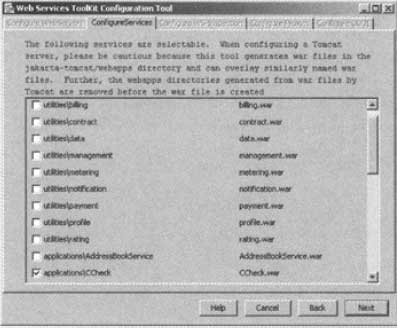 Performing these steps deploys the WAR files. Next, you need to perform an additional task:registering the Web service with the Axis toolkit. The following section discusses this.

Registering the Web Service with the Axis Toolkit

Copy the file deploy.bat from one of the sample applications in the <WSTK_HOME> servicesapplications folder and use it to deploy your Web service. The command used to register a Web service with the Axis toolkit is as follows:

In the case of the CCheck Web service, the command would be as follows:

After you execute the previous command, your Web service is ready to be used. You can use the following client code to test the Web service:

However, the steps followed in the previous sections to create and deploy a Web service can be tedious and time consuming, especially when you need to deploy large-scale Web services. Therefore, IBM provides you with a complete commercialIDE, which simplifies greatly the task of building all kinds of J2EE applications, including Web services t,the Websphere Studio Application Developer.