After you add the code to a Notepad file, save the file with the extension .asmx.

The preceding code creates a class, SampleService, in Visual Basic .NET. In addition, the code imports the System. Web. Services namespace to your application. Next, a Web method, QuoteForTheDay(), is declared inside the SampleService class. The Web method returns a string to the requesting application.

The previous code contains the Codebehind attribute that has a reference to the Service1.asmx.vb file. Service1.asmx.vb is a Visual Basic .NET file that contains the code to provide the functionality for the Web service. You can use the previous code to implement a Web service in Visual Studio .NET by using .NET languages, such as Visual C# and Visual Basic .NET.

After specifying the values in the New Project dialog box, the dialog box should look like Figure. 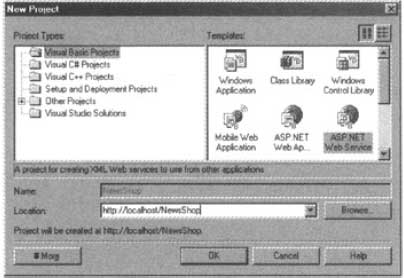 When you create a Web service by using the ASP.NET Web services template, Visual Studio .NET creates a simple Web service project that you can see in the Solution Explorer window. The design view for a Web service looks like Figure.

The IDE for a Web Service. 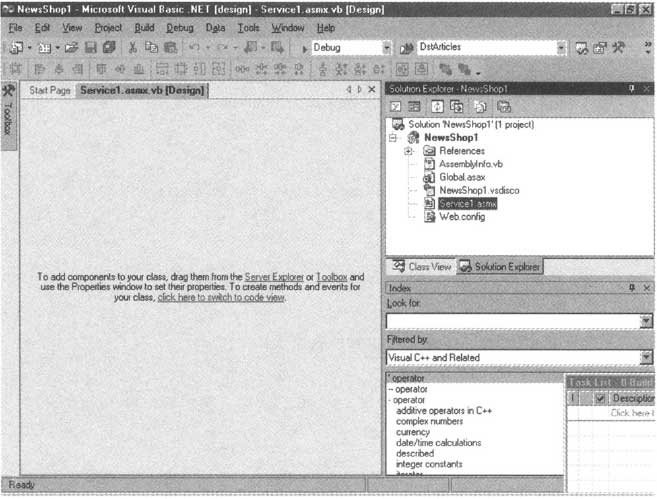 Default Files for a Web Service 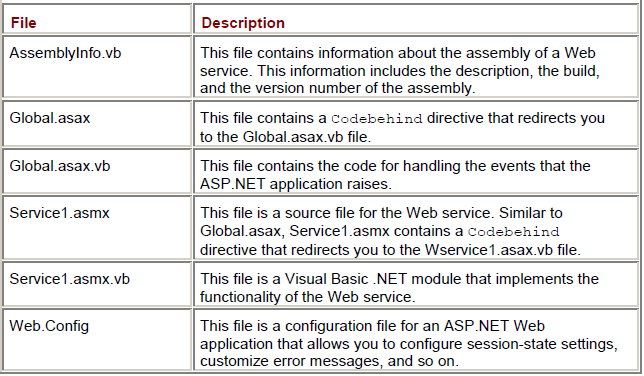 Look at the code in the .asmx file that Visual Studio .NET creates for a Web service:

The code for the Web service is as shown:

The preceding code contains the WebService attribute that declares http://tempuri.org as the default namespace for the Web service, as shown in the following code snippet:

The code contains the declaration for a public class, Service1. This class is inherited from the System. Web. Services. WebService class. Then, the code contains the # Region preprocessor directive, which contains the boilerplate code for the Web service. Visual Studio .NET generates this code and provides the same functionality for all ASP.NET Web services. The developers rarely need to change this code.

After the #Region-#End Region preprocessor directives is the code for the Web method, HelloWorld(), which is marked with comment entries. A Web service contains one or more Web methods that provide you with the functionality of the Web service. A Web method is similar to any other function but is preceded by the WebMethod attribute. The use of this attribute differentiates a Web method from all other methods and makes the Web method accessible to Web applications. The following list discusses some of the properties of the WebMethod attribute: 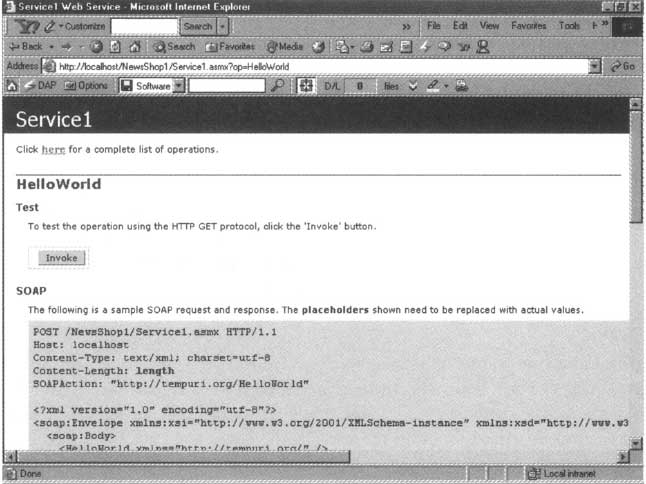 The WSDL Document for the Web Service. 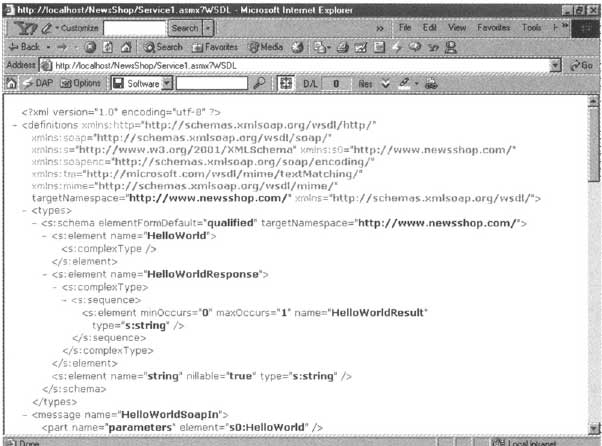 When you click on the HelloWorld link, the Service1.asmx page for the HelloWorld operation opens. This page contains an Invoke button that you can use to invoke the HelloWorld Web service. In addition to the Invoke button, the page specifies the syntax for invoking the operation. As you know, you can call a Web service by sending a request in the form of a SOAP message. The Service1.asmx page shows the request for and the response of a Web service in the form of SOAP messages, HTTP GET, and HTTP POST protocols, as shown in Figure.

The Service1.asmx Page for the HelloWorld Operation. 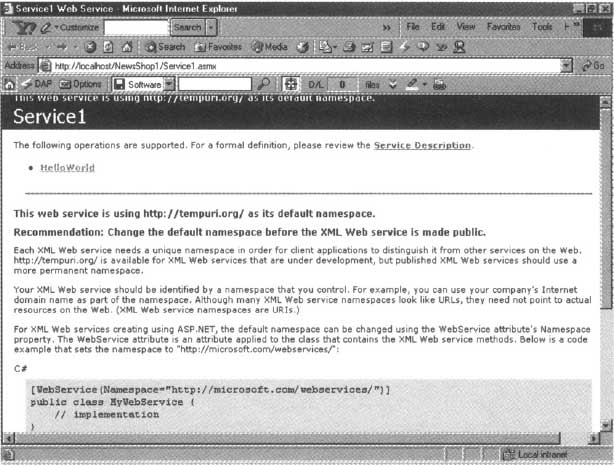 Now we will discuss the request and response messages for the SOAP protocol. The following is the code for the request message:

The code contains the XML declaration statement followed by the soap:Envelope element that includes the namespaces to be used in the SOAP message. Then, the soap:Body element that contains a request for the HelloWorld operation is included. Similarly, the syntax of the response message is as shown:

When you click on the Invoke button, the response of the Web service is sent in the form of an HTTP-GET message, as shown in the following code:

The response of the Web service is shown in Figure.

The Response of the Web Service. 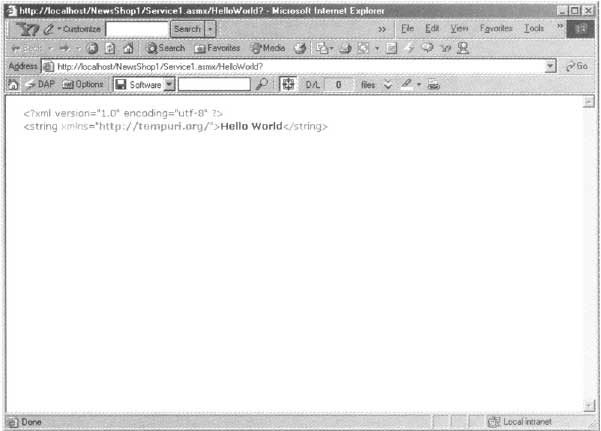 Now, change the WebMethod attribute for the HelloWorld Web method as shown: 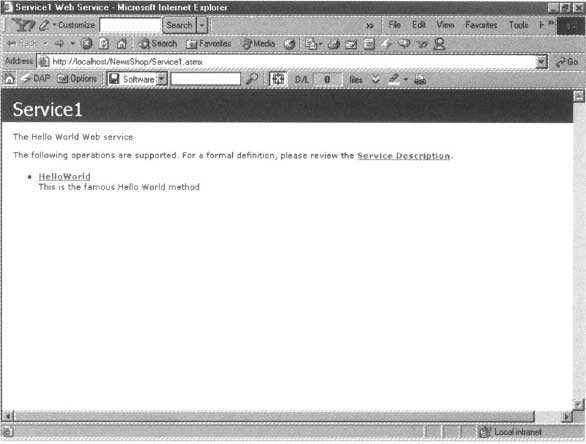 Tip?/td>
You should provide a description for a Web service and the Web methods by using the Description property. Doing this helps other users who want to use the Web service.