What is WebGL - Graphics Pipeline? 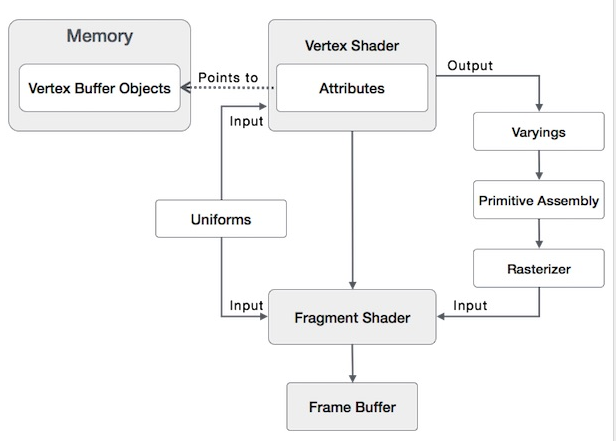 In the below sections, we will discuss each step in the detail in the pipeline.

While developing WebGL applications, we write Shader language code to interact with the GPU. JavaScript is employed to write the control code of the program, which involves the below actions −

Firstly, we create the data for the required geometry and we will pass them to the shaders in buffers form. The attribute variable of the shader language refers to the buffer objects, which will be passed as parameters to the vertex shader.

When we begin the rendering procedure by triggering the methods namely drawElements() and drawArray(), the vertex shader is performed for each vertex facilitated in the vertex buffer object. It computes the position of every vertex of a primitive polygon and preserves it in the differing gl_position. It will also compute the other attributes such as texture coordinates, color and vertices that are generally related with a vertex.

After computing the position and other information of every vertex, the next stage is the primitive assembly stage. Here the triangles are arranged and passed to the rasterizer.

In the rasterization step, the pixels in the concluding image of the primitive are specified. It consists of two steps −

What is Fragment Shader?

The fragment shader preserves the color values of each pixel in every fragment. These color values can be accessed during fragment operations, which we are going to discuss next.

Soon after all the fragments are processed, a 2D image is formed and shown on the screen. The frame buffer is the ultimate stop of the rendering pipeline. 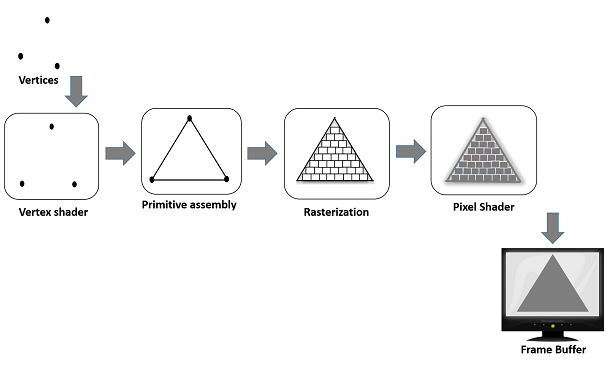 What is Frame Buffer?

Frame buffer is an area of graphics memory which stores the scene data. This frame buffer consists of details like height and width of the surface (in pixels), color of every pixel, and depth and stencil buffers. 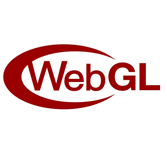