A transaction is a business unit of work produced by an online or batch interaction with an end user or a department with the system. It can be a CICS, TSO, a WEB, an APPC, distributed DB2, or even a batch interaction. If your MVS is in Workload Manager (WLM) goal mode, all these transactions are monitored and accounted for by z/OS.

– The variables that more intensively affect the ETR are N and Tt due to their usual numeric values. Therefore, you should never accept an SLA specifying ETR, because the only variable that the IS department can directly control is Tr.

Transaction response time is the best way to characterize the performance of a transaction. Here, the target is to reduce its value and consequently to increase the ETR figures (when the value is below one second). Remember that in RMF reports the Ts(TP) and Tw(TP) are not included in the response time pictured. 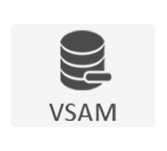