A brief history of computers - VBA For Excel

The development of computer hardware over the last 50 years has been remarkable with each generation becoming faster,cheaper,smaller and more powerful.Gordon Moore,co-founder of the Intel Corporation,pre-dicted in 1965 that computer power,roughly speaking, would double every 18 months. This became known as Moore s Law and to this date has turned out to be remarkably accurate.To put the advance in perspective,thefirst electronic computers built in the late 1940s had been capable of afew hundred operations per second compared with computers that were built 50 years later capable of one trillion operations per second.

Indeed, such has been the speed of change, that the processing power of a mobil telephone now exceeds that of the early generations of mainframe computers.The main reason has been the phenomenal advance in electronic technology in the manufacture of computer components. Since the first computers began to appear in the late 1940s,there have been four distinct generations of computer hardware characterised by advances in electronic technology.

The first generation of electronic digital computers were built during the 1940s. They were known as mainframe computers. They were very large, difficult to use and extremely slow for they used vacuum tubes (or valves) for their operation. Machines of this generation were generally confined to academic and scientific uses in universities. Some notable systems were:

The second generation of computers emerged during the1950s and were characterised by the use of transistor components, which were also known for their use in radios transistor radios during this time.They were a significant improvement on valves,for they were considerably smaller, faster,more reliable and less expensive. Transistor components then were huge by comparison with the current generation. However, they were a step-up from the valve generation because second-generation machines were much faster, smaller and had greater memory capacities. It was during this period that the digital computer were first being used for business applications, such as producing the weekly payroll and other mundane tasks which, hitherto, would have been done manually. Examples include:

The third generation of computers emerged during the mid-1960s and were based upon integrated circuit technology.Integrated circuits provided significant reduction in size over transistors.Minicomputers evolved from integrated circuit technology.These were smaller and cheaper than mainframes but delivered similar processor power,although were often of lower storage capacities. Minicomputers became affordable systems and were purchased in large numbers by organizations such as universities and other higher education institutes, as well as industrial, commercial and government organisations. Examples of systems that were built during this time were:

The fourth generation of computers became known as microcomputers, and were being built in the late 1970s and were based upon silicon chip technology.The level of miniaturisation was such that these silicon chip based machines became small enough to fit on a home desktop and, thus, the birth of the home computer began.The term micro computer has now become synonymous with what we now call the Personal Computer(PC). Today s machines are still using silicon chip technology, but, enormously powerful compared to the early crop of silicon chip machines. Examples of early fourth-generation computers were: 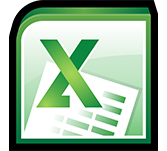