What is WCDMA Technology?

WCDMA is most commonly used variant of UMTS. It is an air interface standard especially available in 3G mobile telecommunication networks. It has the capacity to increase the signal’s bandwidth artificially. The first Multiple Access Third Generation Partnership Project (3GPP) Wideband Code Division networks (WCDMA) were launched in 2002. At the end of 2005, there were 100 WCDMA networks open and a total of more than 150 operators with licenses were there for frequencies WCDMA operation. Currently, WCDMA networks are deployed in UMTS band of around 2 GHz in Europe and Asia, including Japan and America Korea. WCDMA is deployed in the 850 and 1900 of the existing frequency allocations and the new 3G band 1700/2100 should be available in the near future. 3GPP has defined WCDMA operation for several additional bands, which are expected to be commissioned in the coming years.

As WCDMA mobile network increases, it allows WCDMA networks to carry a greater area of voice and data traffic. WCDMA technology provides some advantages for the operator where it allows the data, but also improves the voice of base. Voice control capacity offered is very high due to interference control mechanisms, including frequency reuse of 1, fast power control, and soft handover.

In addition to the high spectral efficiency, third-generation (3G) WCDMA provides even more drastic change in capacity of the base station and the efficiency of the equipment. The high level of integration in the WCDMA is achieved due to the broadband carrier: a large number of users supported by the carrier, and less radio frequency (RF) carriers are required to provide the same capacity.

With less RF parts and more digital baseband processing, WCDMA can take advantage of the rapid evolution of digital signal processing capacity. The integration level of the high base station enables high efficient building sites since the complexity of RF combiners, additional antennas or power cables can be avoided. WCDMA operators are capable to provide useful data services, including navigation, person to person video calls, sports and video and new mobile TV clips.

WCDMA enables voice and data services simultaneously which allows, for example, browsing or email when voice conferencing or video sharing in real time during voice calls.

The operators also provide mobile connectivity to the Internet and corporate intranet with maximum bit rate range of 384 kbps downlink and both uplink. The first terminals and networks have been limited to the rate of 64 to 128 kbps uplink while the latter products provide 384 kbps uplink.

A GSM system is basically designed with a combination of three major subsystems:

There are three dominant interfaces, namely, 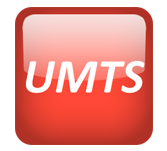