What is a Use Case Realization? - UML

The last chapter on basic OO design principles looked at little fragments of design problems. In contrast, this chapter demonstrates the larger picture of designing the domain objects1 for an entire use case scenario. You will see larger - scale collaborations and more complex UML diagrams.

UML diagrams are a common language to illustrate use case realizations. And as we explored in the prior chapter, we can apply principles and patterns of object design, such as Information Expert and Low Coupling, during this use case realization design work.

To review, Figure illustrates the relationship between some UP artifacts, emphasizing the Use Case Model and the Design Model - use case realizations. 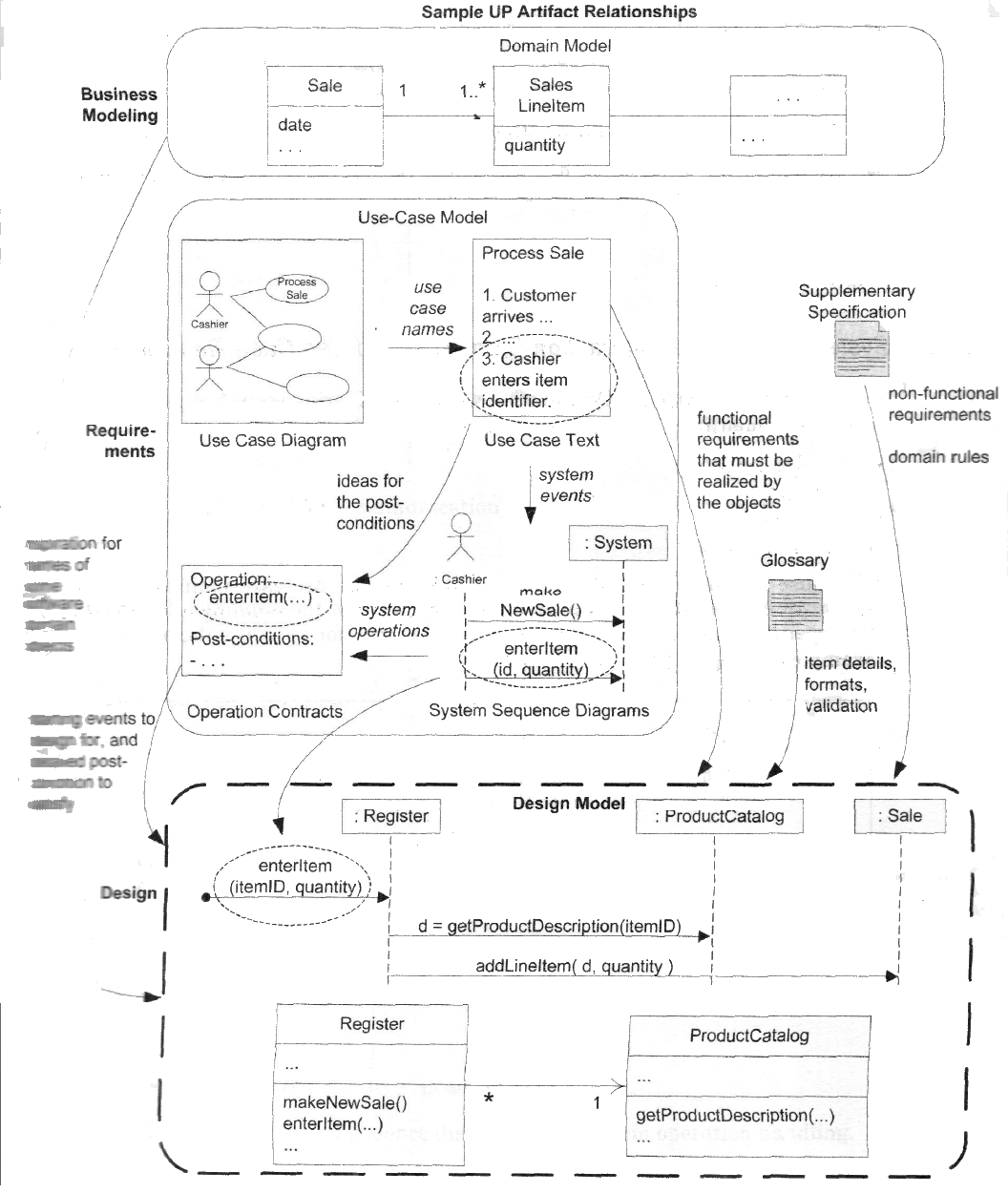 Some relevant artifact - influence points include the following: