What is TypeScript - Multidimensional Arrays?

The above example initially declares an array with 2 elements. Each of these elements refer to another array having 3 elements. The pictorial representation of the above array is given below.

On compiling, it will generate following JavaScript code.

The output of the above code is as follows − 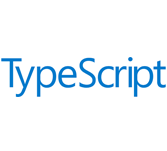