The following are the four different syntax options for the TRIM function:

The TRIM function does not affect spaces that are imbedded between actual characters. It eliminates only those at the beginning or at the end of a string, never in the middle.

Sometimes, it is necessary to shorten fixed length data. This may be to save spool space or to combine multiple columns into a single display. This is where the TRIM function can be of great assistance. At the end of this chapter, the concatenation or combining of columns is shown. First, it is important to understand the option available with TRIM

Therefore, there is a need to eliminate the spaces to obtain the actual length of the data. By putting the TRIM function inside the CHARACTERS function, they work together to count the actual characters without the insignificant spaces.

The next SELECT uses the fixed length column from the above table to produce an answer set that includes the count of the characters stored in the column, the trimmed data and the length of the trimmed data:

The TRIM function is helpful anytime the normal storage of spaces in a fixed length column needs to be eliminated for the output or evaluation. 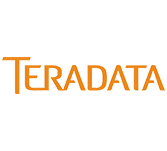