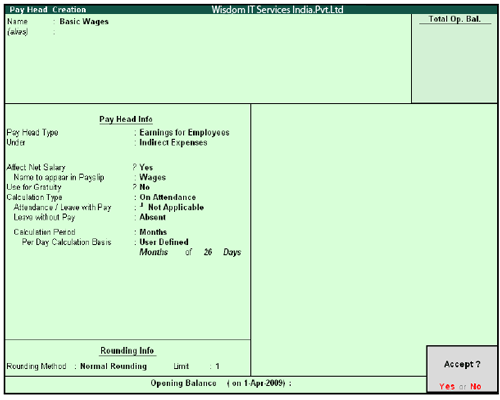 Similarly, create Overtime Pay Head with On Production as the Attendance Type. 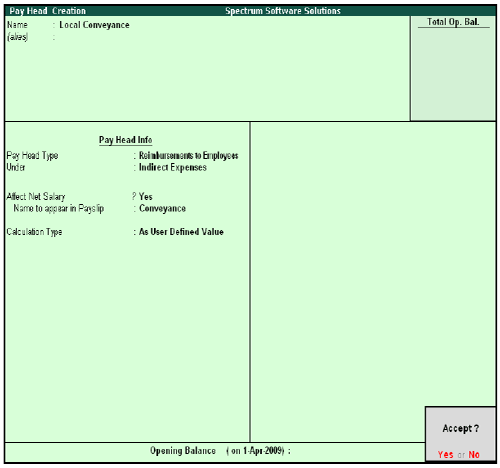 Create the salary details for the above contract employees as discussed in the earlier.

The completed Salary Details creation screen for James is displayed as shown. 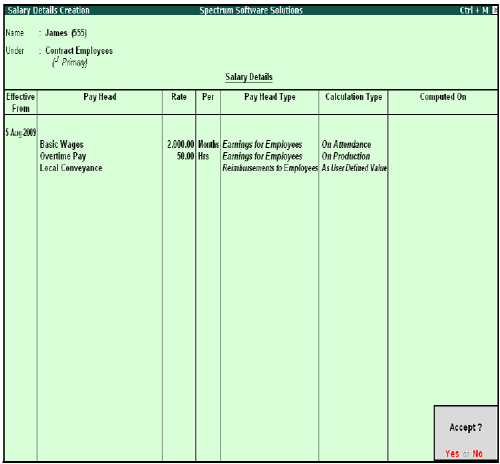 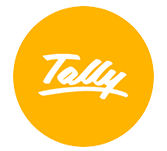