How to fix the mistakes in SVN?

In case array.c file is accidently modified by Jerry, then he gets compilation errors. Revert operation is used for throwing away the changes. The local changes made to the file or directory is made undo by the Revert operation resolving the conflicting states.

An array is made as follows:

Revert operation on the file array.c is performed by Jerry as follows:

The code is compiled.

To revert a committed revision, Version Control System tool is used. This tool does not allow deleting the history from the repository. The history is only appended. The old revision is undo by reversing the changes made in the old revision and committing a new revision, which is known as a reverse merge.

A code for linear search operation is added by Jerry and after verification, the changes are committed.

Jerry can check what Tom is doing by checking the Subversion log messages. 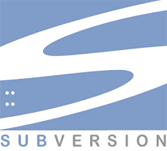